The likes of Kagiso Rabada and Jofra Archer will be among the top picks for DC vs RR. 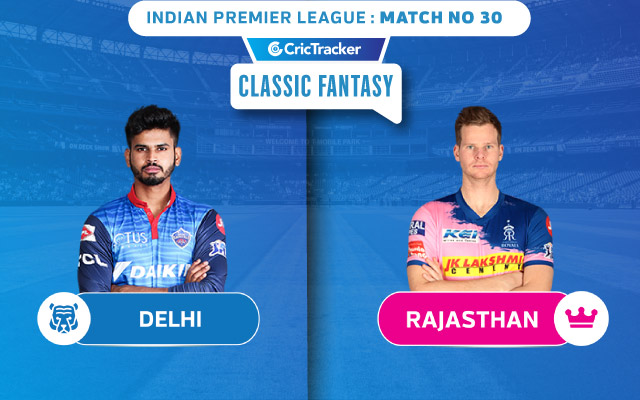 The Delhi Captain and Rajasthan Royals will face off in the 2020 Indian Premier League (IPL) for the second time in six days. The Capitals got the better of Royals in the previous fixture hosted by Sharjah. The Steve Smith-led team will be hoping to settle the scores at the Dubai International stadium. The likes of Kagiso Rabada and Jofra Archer will be among the top picks for DC vs RR.

Schedule logistics around DC vs RR

As SRH and CSK will be playing on the weekend in the doubleheaders, no more than one player is needed to be saved. On the other hand, we already have 3-4 players across DC and RR teams hence, not more than one transfer is used.

Bowlers in DC vs RR

This match will have the presence of Kagiso Rabada and Jofra Archer who of the lethal overseas pacers in the tournament. Rabada has picked 17 wickets from seven matches and had at least two wickets in six of them. The only game he failed to pick more than one wicket this season was hosted by Sharjah. Hence, it will be safe to pick Rabada as captain as he is sure of getting up 25-50 points every time. Jos Buttler might not make big runs given the quality of DC’s bowling attack.

Rahul Tewatia is picked as vice-captain for this game given his consistency in the tournament of performing either with bat or ball. We have not brought any players from DC vs RR for this fixture as there are four players for this match already. Instead, we replaced Manish Pandey with Mayank Agarwal who will be in action on Thursday in Sharjah. 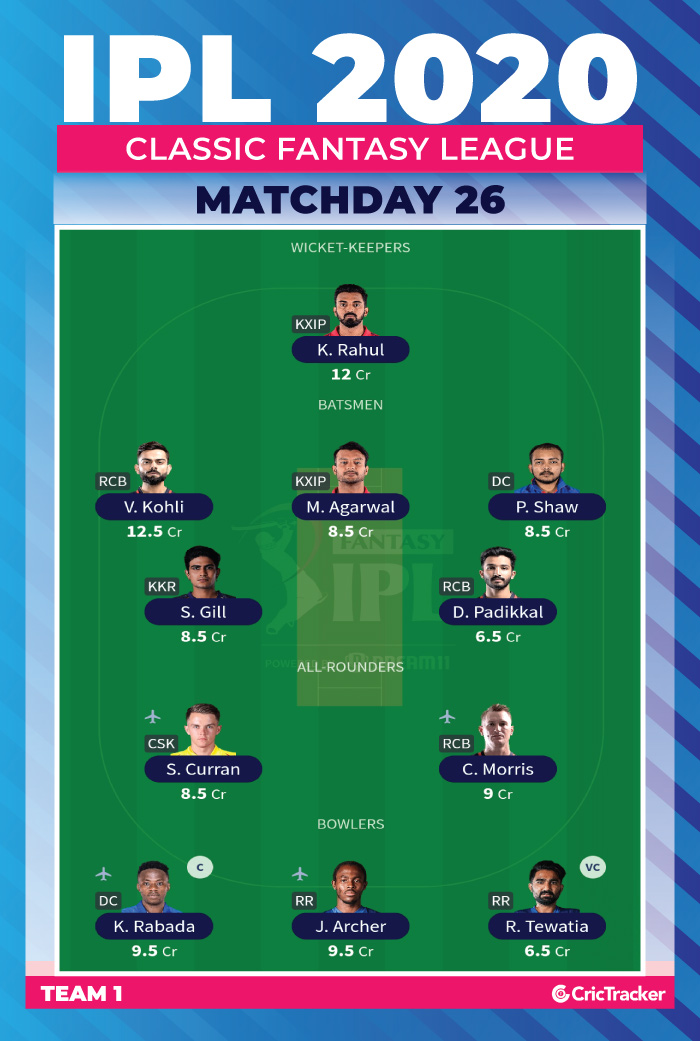 Jofra Archer is consistent with his spells in the middle overs taking at least a wicket regularly. Hence, we have picked him in place of Rashid Khan and made his vice-captain as we expect Jofra to do a bit with the bat as well. 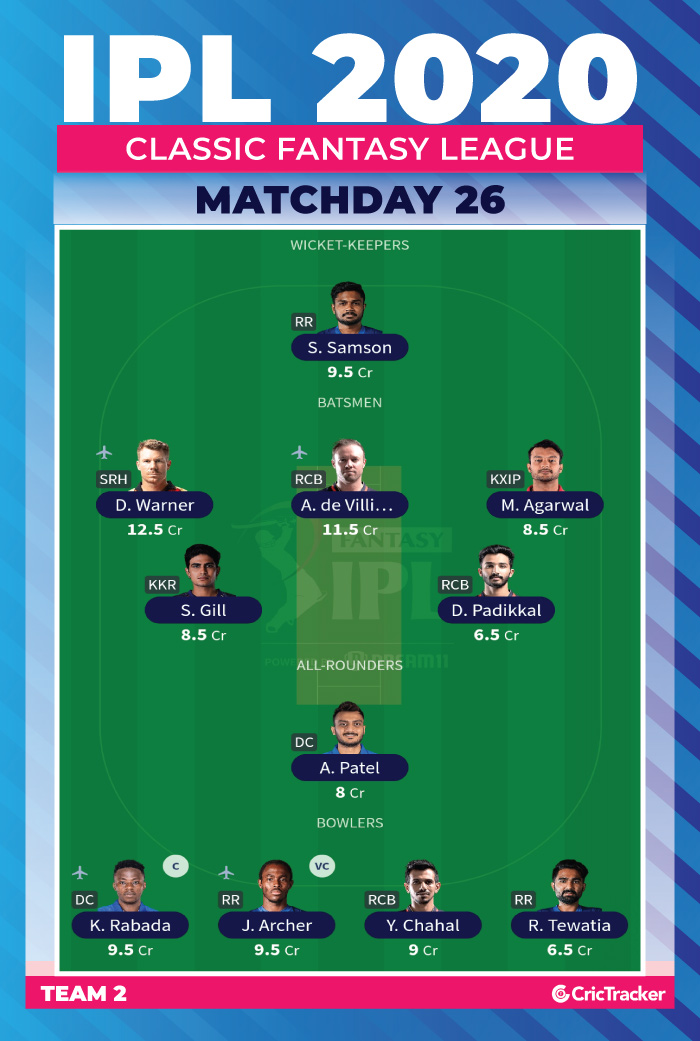