From now onwards, every match is a must-win for the Orange Army. 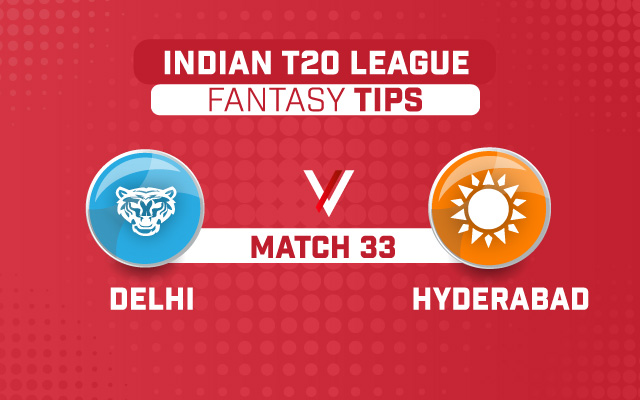 Delhi Capitals will go head-to-head against Sunrisers Hyderabad in the 33rd match of the IPL 2021 on Wednesday. In their previous meeting, Delhi Capitals held their nerves in a super over contest against Sunrisers Hyderabad to seal the victory. Shreyas Iyer, who missed the first leg of the IPL due to an injury, is back in the squad, but Rishabh Pant will continue his role as a captain in the second leg as well. They currently hold the second spot in the standings with 12 points.

Sunrisers Hyderabad, on the other hand, had a lean patch in the first half of the IPL. They sacked David Warner from the captaincy role, but even that decision did not work in their favour. They managed to win only one of their 7 matches in the first leg. They are currently sitting at the bottom of the table with only 2 points in their bank.

It’s a good sporting wicket where quick bowlers will get maximum assistance from the surface in the powerplay. It’s all about keeping the wickets in the hand, as batting will become easier as the game progresses. Having said that, batting first is also a good option here.

Also Read: Everyone wants Virat Kohli to win an IPL for RCB once as a captain: Virender Sehwag

IPL: David Warner confirms he will put his name in the mega auction

Rahul Dravid will come with a blueprint for Indian cricket for the next 5 or 10 years, reckons Aakash Chopra

Shikhar Dhawan will be extremely disappointed not to find a place in the Indian squad for the upcoming T20 World Cup squad. The opening batsman, affectionately known as ‘Gabbar’, has scored 380 runs in 8 matches so far in this IPL at an average of 54.28.

Kane Williamson is an all-format player and knows how to win matches for his side. He is calm and composed at the crease, which is his biggest strength. He mainly relies on his technique rather than going for fancy T20 shots.

Marcus Stoinis didn’t make a huge impact in the first leg of this IPL. The Australian all-rounder has scored 71 runs and has chipped in with 2 wickets. He will be expecting much improved performances in the second half.

Avesh Khan was highly impressive with his accurate bowling in the first half of the IPL. He has scalped 14 wickets in 8 matches, with the best figures of 3 for 32.

Whichever league he might be playing in, Rashid Khan always tends to fight for the leading wicket-taker award. He is highly deceptive, and picking him is one of the tougher tasks a batsman could face. Moreover, he can hit big sixes as well.

Rishabh Pant is a true game-changer. He is someone who can take the game away from the opposition within a span of a few overs. The Delhi Capitals skipper has mustered 213 runs in this year’s IPL at an average of 35.5 and a strike rate of 131.48.

DC vs SRH Must Picks for Dream11 Fantasy Cricket:

Shreyas Iyer is back after completely recovering from a shoulder injury. This will be his first match after a long gap, but we have seen plenty of excellent knocks from his bat in this competition. You can take a risk and pick him as your fantasy team skipper.

David Warner will be hungry for the runs. The former Orange Army skipper has scored 193 runs in 6 matches in this year’s IPL at an average of 32.16. He will be a risky captaincy pick for your fantasy teams.