Will David Warner able to make a big score against Kagiso Rabada and co? 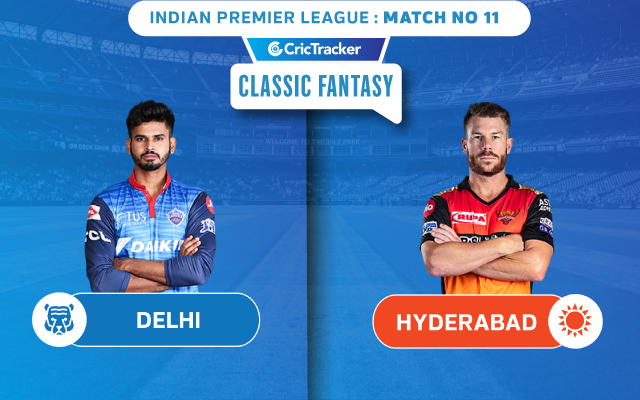 The 2020 Indian Premier League (IPL) continues to provide some exciting cricketing action with two of the first ten matches ending in a Tie. The expected likes of AB de Villiers, Yuzvendra Chahal and Rahul Chahar did well in fantasy cricket on Monday during the RCB vs MI game. On Tuesday, it will be the battle between the top and bottom as Delhi Capitals and Sunrisers Hyderabad clash off. Delhi has got four points from the two matches they played while Hyderabad lost both their games.

Schedule logistics around DC vs SRH

Rishabh Pant is yet to get a proper chance of making it big with the bat in IPL 2020. The SRH’s bowling attack is ideal for Pant to make his first impression this season. He has a decent record against Rashid Khan and the rest of the SRH attack doesn’t seem to be promising.

Kagiso Rabada has claimed 23 wickets across his last nine matches in the IPL with at least a couple of them in each of those nine. Hence, we can expect him to pick a couple of them on Wednesday. Rabada could also be a threat to both David Warner and Jonny Bairstow in this fixture.

Safe team for DC vs SRH

Picking up David Warner and making him captain will be a straight forward move. Along with him, we have picked Jonny Bairstow as we are unsure which of the two will have a good day. Both the SRH openers scoring big will be a bonus in this case. 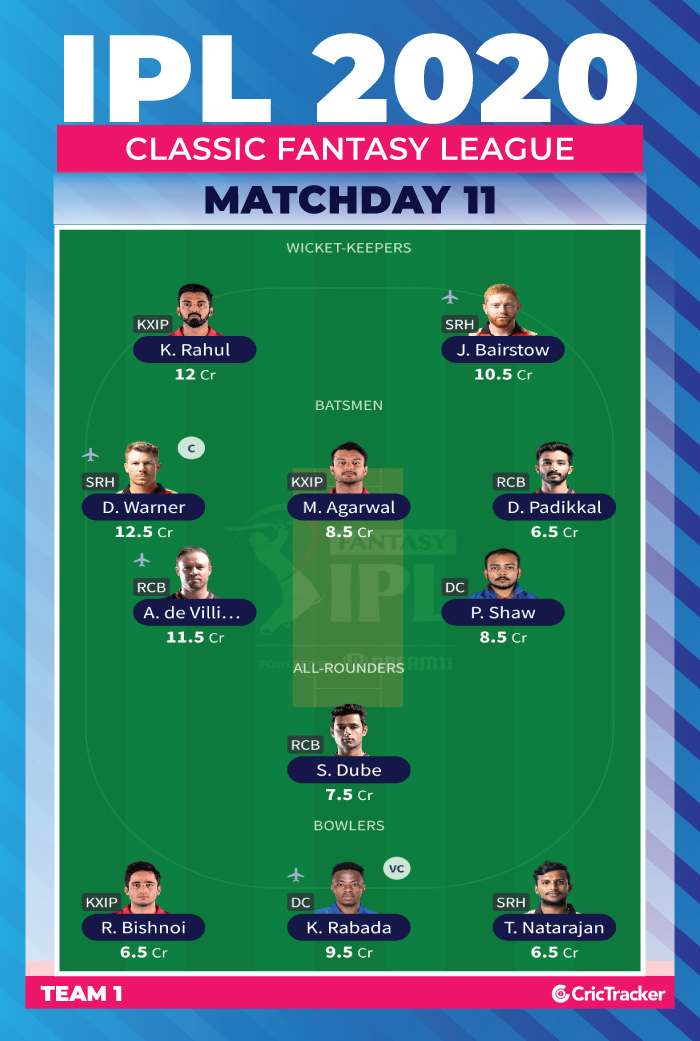 We have picked Kagiso Rabada as captain of this team expected him to continue his record wicket-taking spree. Mohammad Nabi can be a utility player and we expect him to pick a couple of early wickets and make way for Rishabh Pant. 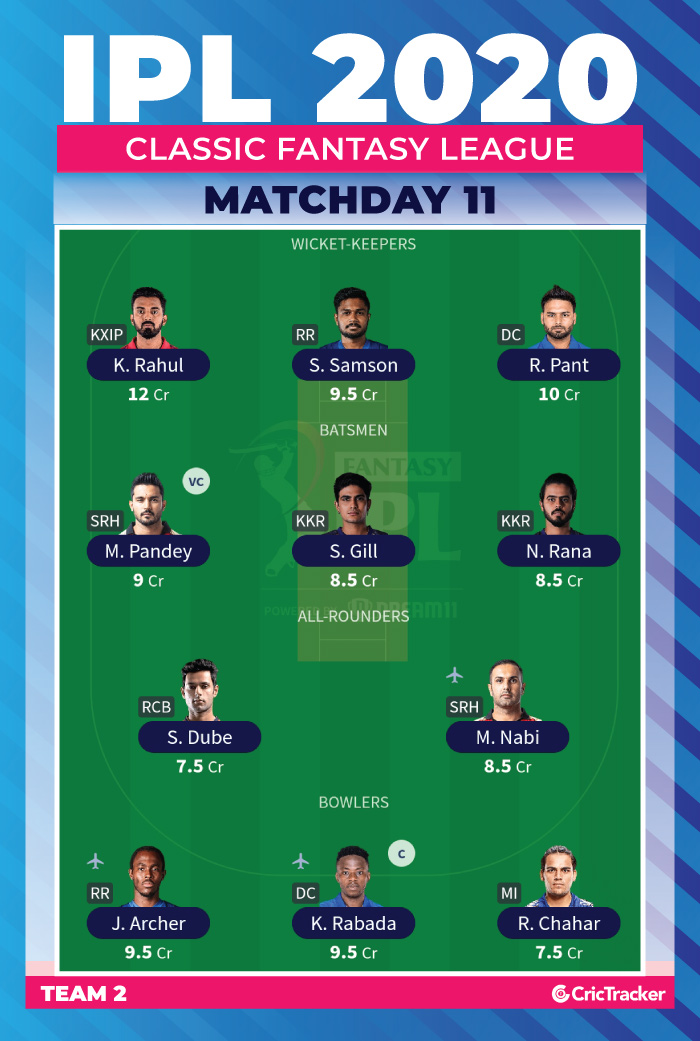