Luis Reece is a good pick for captaincy.

Derbyshire will cross swords with Nottinghamshire in a North Group clash of the T20 Blast 2021. This match will take place at the County Ground in Derby on Friday (June 25).

This encounter will start at 11:30 PM IST and will be streamed live on FanCode.

Having won four of their seven games, Nottinghamshire have been pretty impressive this season. They have performed well as a unit and are one of the front-runners to win the title. Notably, the Steven Mullaney-led side is currently trail table-toppers Yorkshire by just one solitary point. Hence, a win in this fixture would also take Nottinghamshire at the pinnacle.

On the other hand, Derbyshire’s campaign hasn’t been that delightful. They won just three of their first nine games and are subsequently, holding sixth place in the table. Nevertheless, they are coming off an emphatic five-wicket victory over Warwickshire and would be confident. Notably, the reverse fixture of these two sides saw Nottinghamshire registering a two-run win in a rain-curtailed game.

Predicted Playing XIs for DER vs NOT

Captaincy Picks for DER vs NOT

Derbyshire all-rounder Luis Reece has been in exceptional form this season and would like to shine in this fixture as well. Reece has been scoring runs consistently and that too with an impressive rate. So far, the dasher has mustered 253 runs in nine outings at a staggering strike rate of 179.43. If that’s not enough, he has also scalped five wickets in the tournament.

Many eyes will also be on Reece’s partner-in-crime Matthew Critchley. The all-rounder has enjoyed a stellar run this season and put up several brilliant performances. Critchley has constantly troubled batters with his handy leg-breaks and scalped eight wickets in nine outings. On top of that, he has also played some handy cameos for his side. 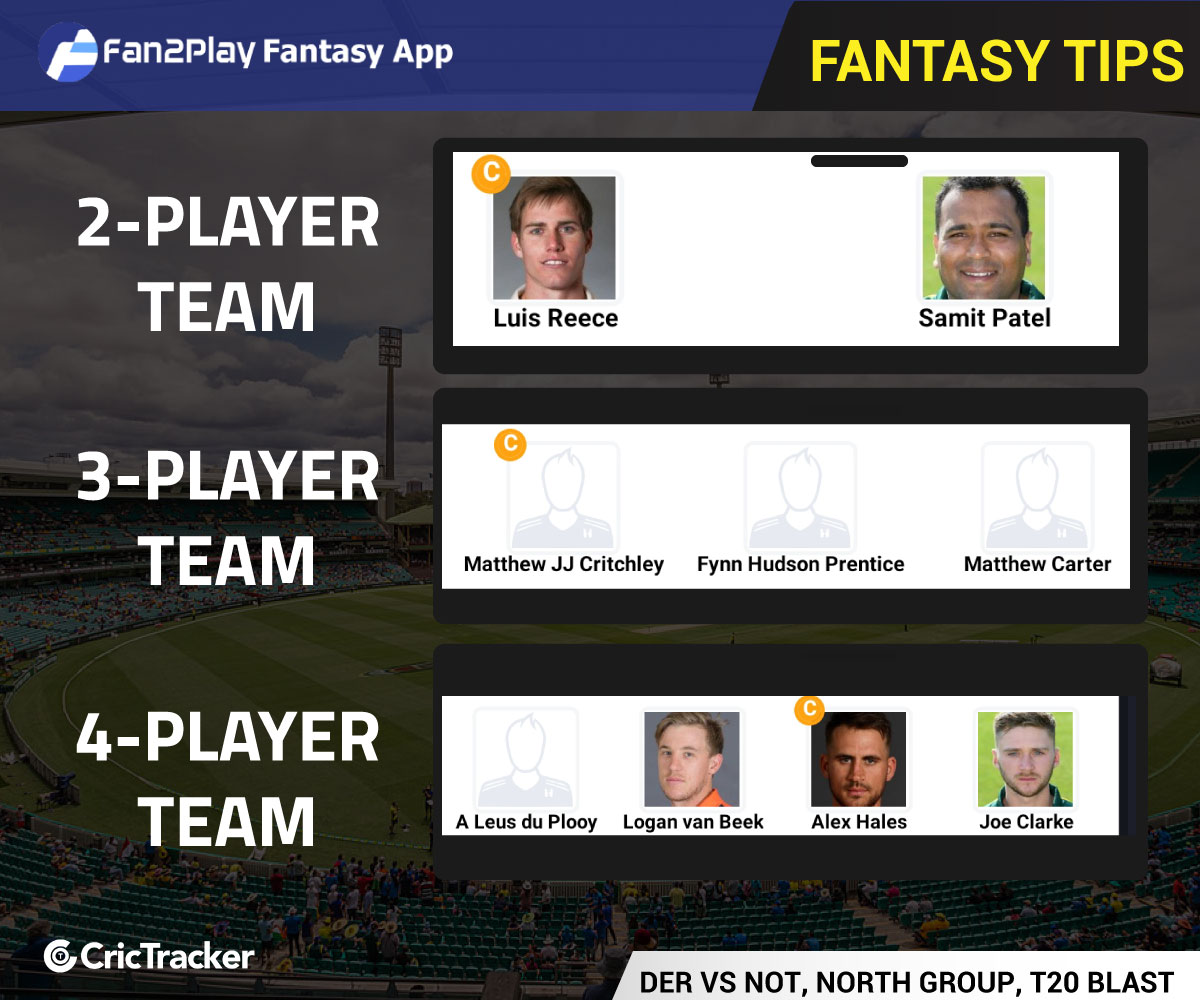 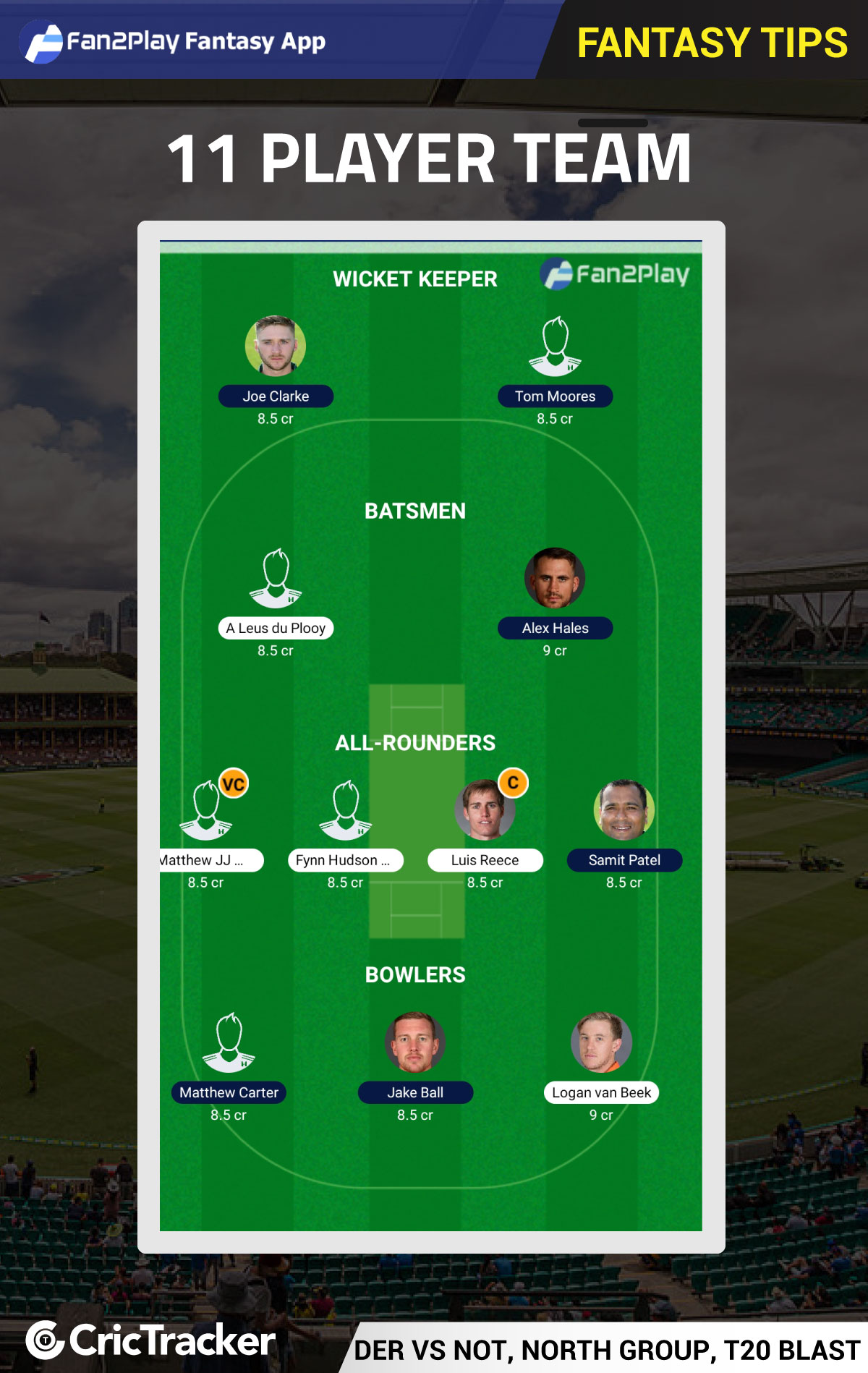