The 6th match of the Abu Dhabi T10 League 2021 will be played between Deccan Gladiators and Team Abu Dhabi at Shiekh Zayed Stadium, Abu Dhabi on Friday.

This match is scheduled to start at 07:30 PM Local Time (10:00 PM IST). It will be live on Sony Sports Network and live streaming is available on Sony LIV and Jio TV.

Deccan Gladiators’ start to their 2021 Abu Dhabi T10 League was not what they ideally would have hoped for. They kick-started their campaign with a 7-wicket defeat against Pune Devils. Batting first, the Gladiators could only score 104.

While they picked up a wicket early on, they eventually were ripped apart by the brilliance Kennar Lewis. Kieron Pollard’s men will be aiming to make a quick turnaround, but the battle will be tough against last season’s third-placed side, Team Abu Dhabi. With the likes of renowned superstars like Chris Gayle and Luke Wright in their ranks, Team Abu Dhabi have one os the strongest squads on paper.

The weather is forecasted to be clear for this game with the temperature looming around 22 Degrees Celsius range.

The track at Shiekh Zayed Stadium is a batting-friendly one, as we have witnessed some high-scoring games on the opening day.

120 (Out of the first three matches played at this venue)

Azam Khan played the role of the aggressor while Delport was rotating the strike from the other end. Khan smashed an unbeaten 37 from 13 deliveries.

Ravi Rampaul was Gladiators’ best bowler in the last match. He conceded only 13 runs and picked the wicket of Tom Kohler-Cadmore.

Luke Wright was brilliant in the last season of this competition, where he amassed over 200 runs in just 6 games. He will be expecting to pull off something similar this time around.

One doesn’t ask for a justification before picking Chris Gayle. The global superstar has found success wherever he has played and is likely to set the T10 stage on fire as well. 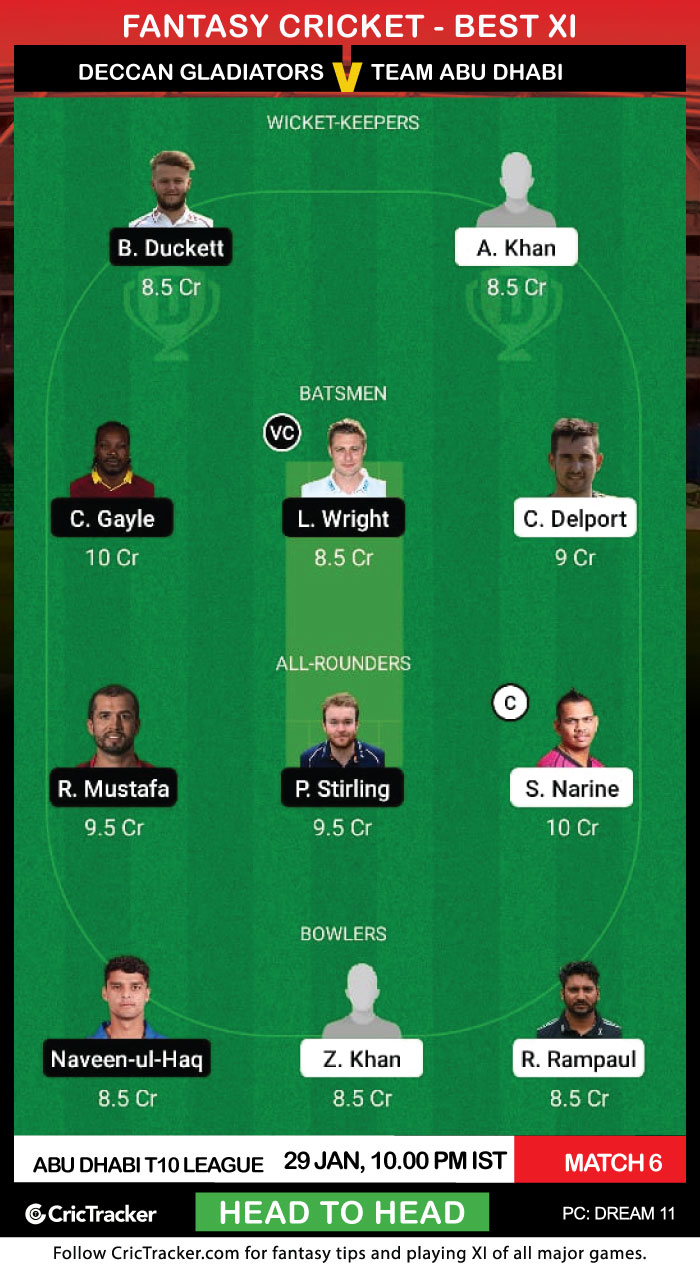 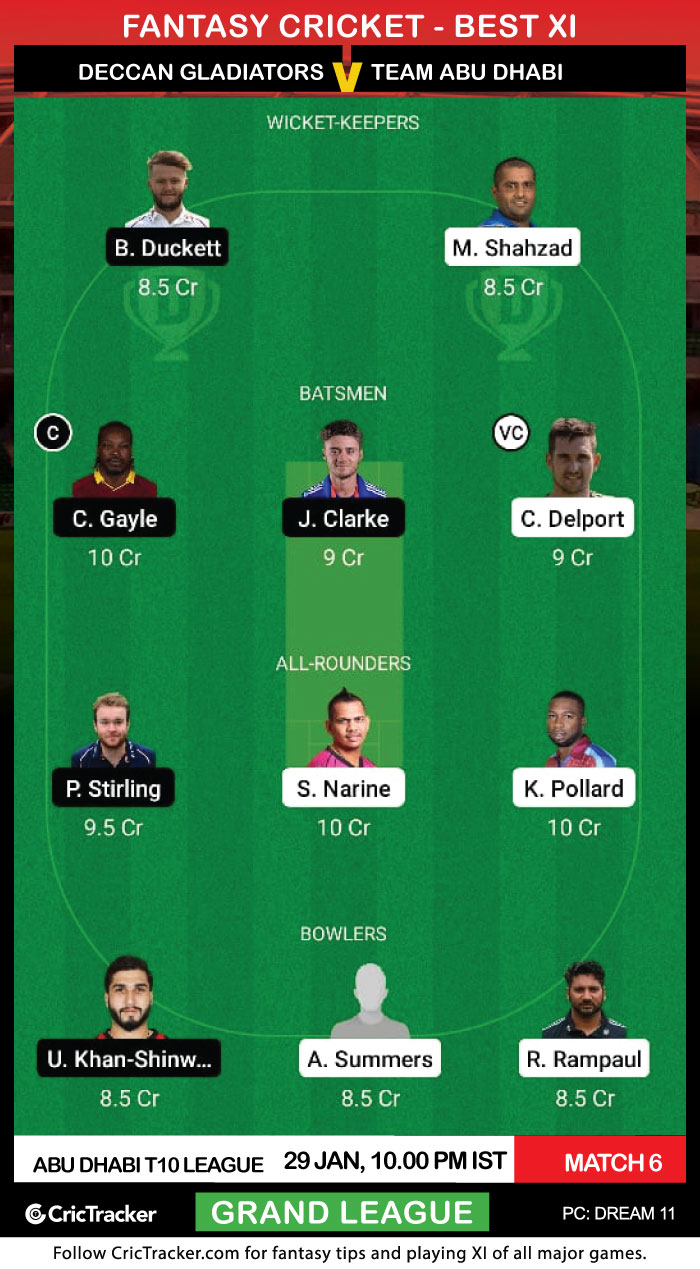 Zahoor Khan can be a good budget pick from the bowlers. He might have been a bit expensive in the last game, but the Deccan Gladiators bowlers scalped the crucial wicket of Chadwick Walton.