Dhanbad Dynamos will take on Singhbhum Strickers at the Jharkhand State Cricket Association Stadium on this Friday. Dhanbad Dynamos have won their last game against Bokaro Blasters as they defended the total of 136 runs posted by them. Moreover, they have won 4 out of their last four matches they played and are placed at the top of the league table with 8 points in their bag.

Singhbhum Strickers, however, lost their previous encounter against Ranchi Raiders. They could not defend a score of 96 runs in the allotted overs. They won only one out of last four matches they played in the tournament so far. Singhbhum Strickers are currently placed at the 5th spot of the points table with six points in their account.

The weather is forecasted to be mostly cloudy during the game with the temperatures looming around 25-28 Degrees range.

It is expected to be a low scoring venue since bowlers are getting lot of help from the surface. According to that, batsmen have to be at their best to get some runs on the board.

IPL 2020: 3 players you can exclude from your Dream11 team for MI vs RCB game

Jai Prakash Singh has performed well with the ball for his team. He has taken 7 wickets from four matches he played.

Sahil Raj has been one of the consistent players for his side in this tournament. He has scored 82 runs from five matches and also bagged five wickets to his name.

Bal Krishna is the leading wicket-taker for Singhbhum Strickers as he picked up 9 wickets from five matches he played.

Kumar Suraj is the one to be watched in the upcoming game. He scored 131 runs in his last five outings.

Sharandeep Singh also looked in good touch with the bat in the previous match, having scored 44 off 48 deliveries. 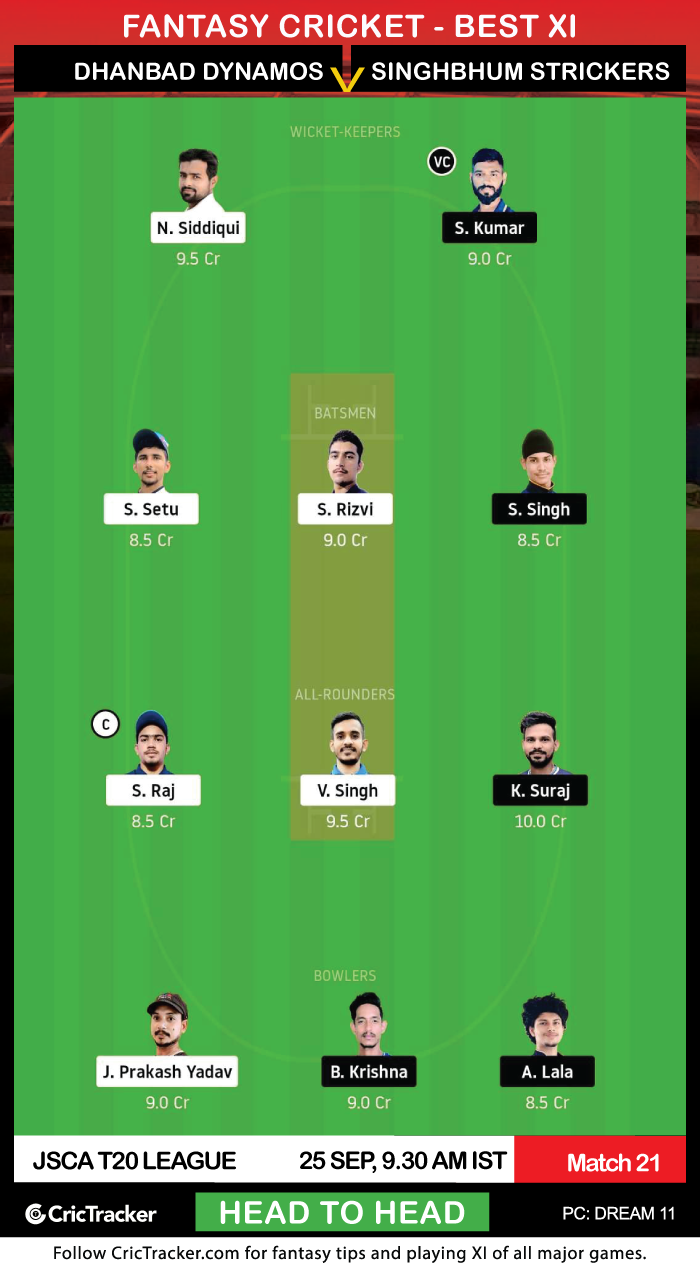 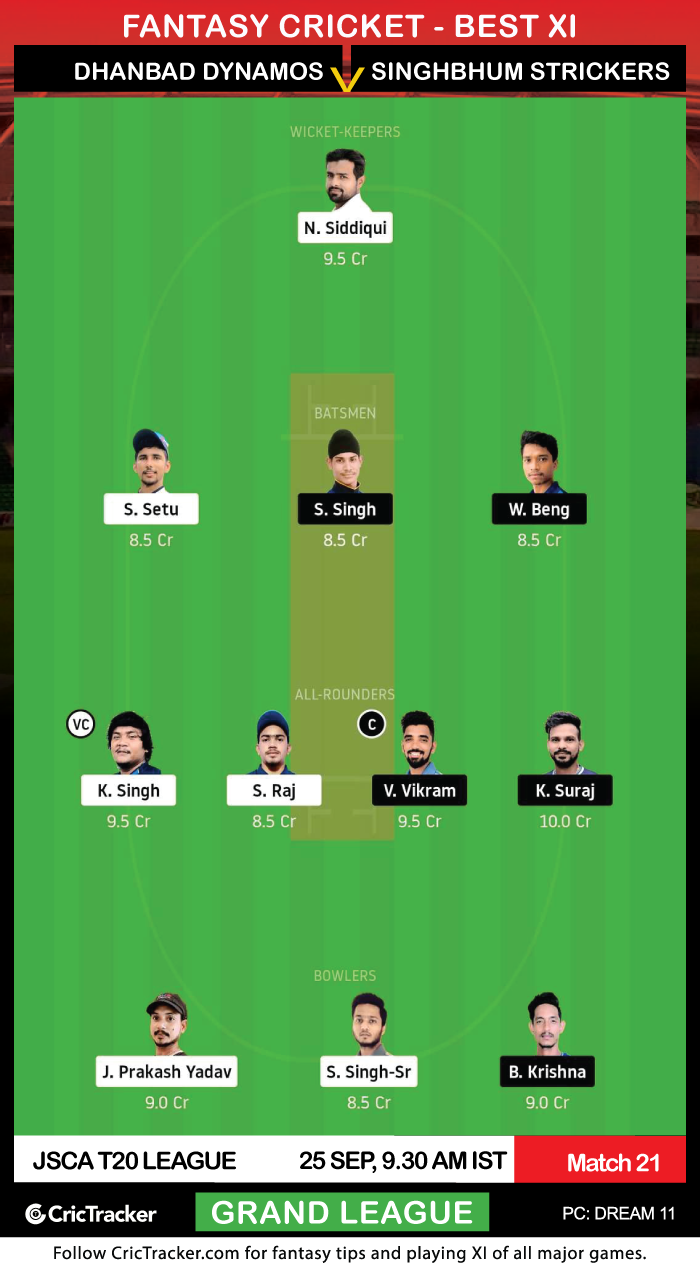 Having bowlers as the multipliers in your Fantasy team should be great as this pitch has been bowling-friendly.