While Indian Captain MS Dhoni and his boys have shown some great performance of valor beating South Africa in Semi Finals of ICC World T20 and enter the finals of yet another ICC Championship after World T20 in 2007, ICC World Cup in 2011 and Champions Trophy in 2013, Dhoni has one more reason to celebrate. M.S. Dhoni has won the 2014 Asian Award for Outstanding Achievement In sports held in London. 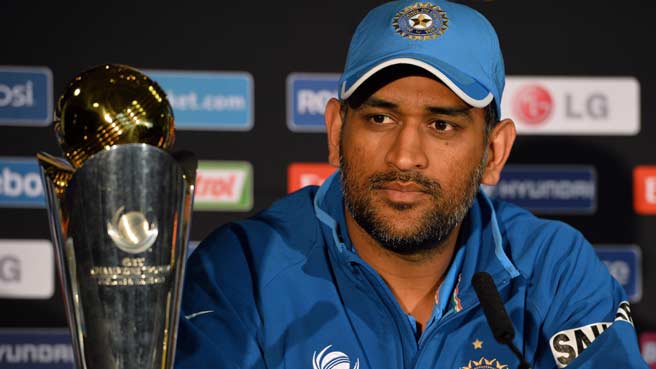 Dhoni currently in Bangladesh, preparing for the final match of the World T20 against Sri Lanka and hoping to win it for the second time, received the honor on Friday night while he was playing the game against South Africa. The Award Ceremony was held at Grosvenor Hose Hotel, London. Former England batsmen Ramprakash read out a message from Dhoni which stated that he would like to dedicate this award to his fans in Asia and all over the World.

The citation said, “Dhoni is widely regarded as one of the greatest finishers in limited over’s cricket. Under his captaincy, India has won numerous awards including the 2007 ICC World Twenty20, the CB Series of 2007-08, the 2010 Asia Cup, the 2011 ICC Cricket World Cup and the 2013 ICC Champions Trophy.

In 2013, Dhoni became the first captain to win all three ICC trophies. He is also ranked 16th on the Forbes list of Highest paid athletes (Get IPL7 schedule here)

With these great achievements, we bow down to you Sir Dhoni. Indeed you are the best captain, India has ever had. With a great show of generosity on Friday night, allowing his deputy Virat Kohli to score the winning run. Dhoni once again proved he is not only the best player or Finisher of the game but also the best Captain and a great human which anyone could ever behold. Eagerly waiting to see you win this World cup as well for the billions fans whose expectations you carry on your shoulders day in day out.