Arun Karthik is the best captaincy option for this match.

The 4th match of the Tamil Nadu Premier League (TNPL) will be played between Dindigul Dragons and Madurai Panthers at MA Chidambaram Stadium, Chennai.

The match will start at 7:30 PM IST. It will be live on Star Sports and live streaming will be available on Disney + Hotstar.

Dindigul Dragons and Madurai Panthers are the last two teams of the ongoing TNPL season to get their season underway on Thursday. Both the sides did well in the last season of the tournament with the Dragons reaching the final only to lose the title clash. The Panthers, on the other hand, had ended their season at the third place winning five out of their seven matches.

Probable Playing XIs for DID vs MP

Captaincy Picks for DID vs MP

Arun Karthick is a very good batsman to have as captain in your Fan2Play Fantasy cricket team. He was in great form in the last season scoring 356 runs at an average of 44.60 and a strike-rate of close to 150.

Koushik is a terrific all-rounder and he showed his prowess in the last season. In the matches he played, Koushik scored 195 runs and also accounted for six scalps at a brilliant strike-rate of 18.

Fan2Play Fantasy Cricket Tips for DID vs MP 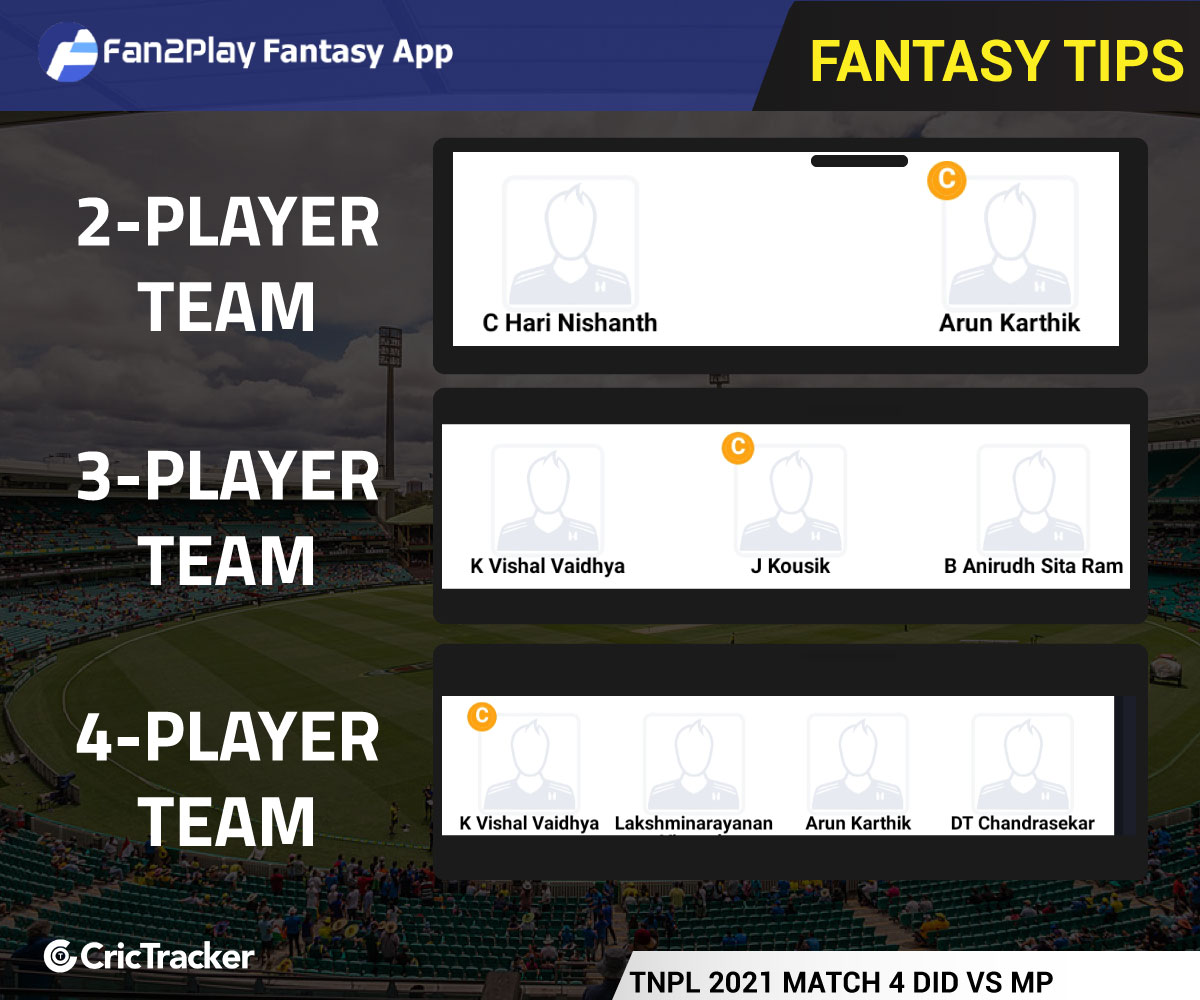 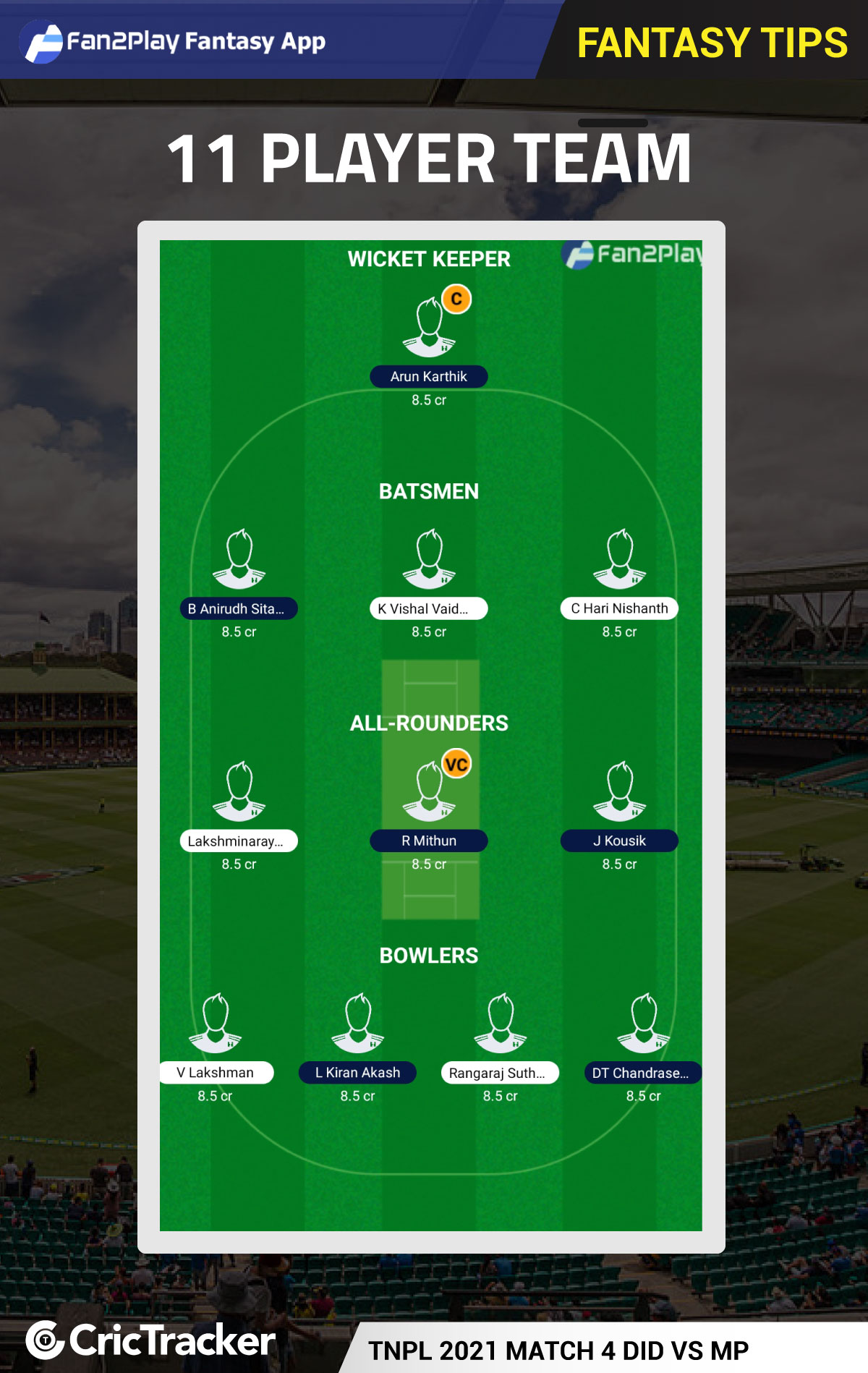