Vijay Shankar is a good captaincy pick for this game.

Dindigul Dragons will lock horns with Salem Spartans will clash in the 15th Match of the Tamil Nadu Premier League (TNPL). This match will be played at the MA Chidambaram Stadium in Chennai.

Dindigul Dragons have made an impressive start to their campaign, having won two of their first three games. Their first assignment wasn’t quite fruitful as Madurai Panthers defeated them by four wickets. However, the Dragons made a brilliant comeback and registered two victories on the trot. They are currently third in the points table.

On the other hand, Salem Spartans have made a mixed start. While their opening clash got washed out due to rain, they registered a 16-run win over IDream Tiruppur Tamizhans in their next contest. However, they’ll step into this clash on the back of a four-wicket against Chepauk Super Gillies. Hence, it would be interesting to see how this game pans out.

Predicted Playing XIs for DID vs SS:

Captaincy Picks for DID vs SS:

Salem Spartans all-rounder Vijay Shankar has been in fine form lately and one can expect him to shine in this contest. He can score handy runs in the middle overs and his happy knack of taking wickets makes him even more effective. So far, Shankar has scored 58 runs and scalped three wickets this season.

Another player who can shine in this contest is Dindigul Dragons skipper C Hari Nishanth. The southpaw got runs in all the games so far and Salem Spartans must beware of him. Coming to his numbers, Nishanth has slammed 127 runs in mere three games and that too at a strike rate of 145.98. 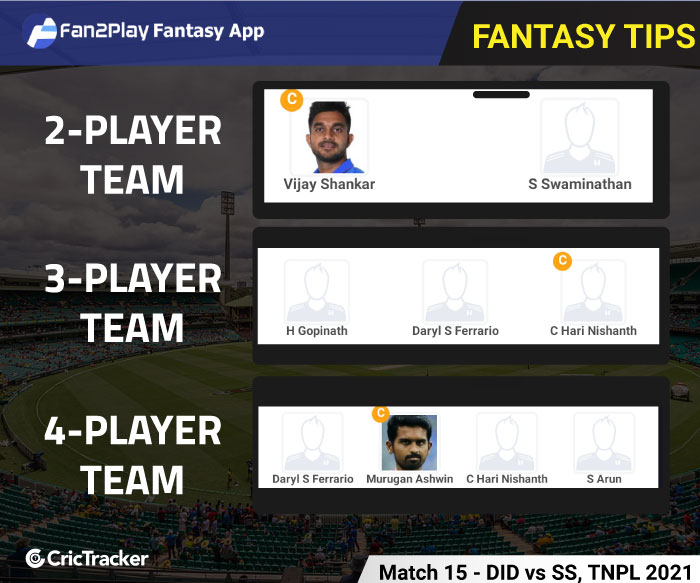 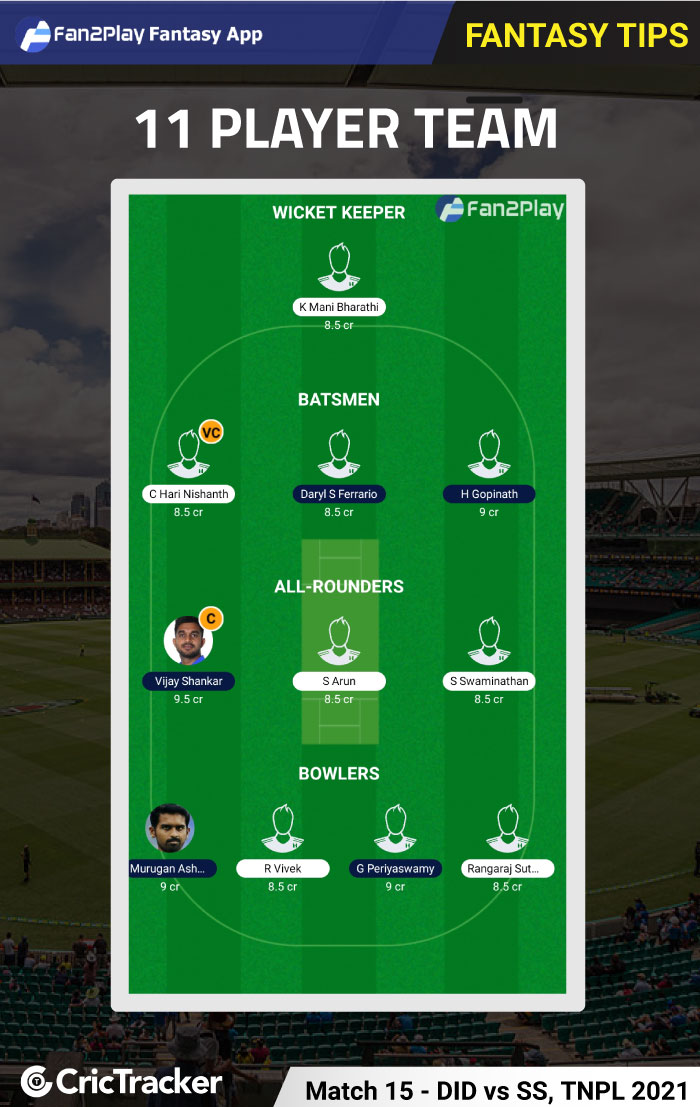