Wynand Boshoff is a good captaincy pick for this contest.

Djurgardens IF will take on Stockholm in the 2nd Quarter-Final of the ECS T10 Sweden tournament. This match will be played at the Norsborg Cricket Ground in Stockholm.

Djurgardens IF have been impressive this season and would be raring to emerge victorious in this fixture. With five victories in eight games, the side finished second in the Group B team standings with 11 points. However, Djurgardens IF suffered defeats in two of their last three games and it would be interesting to see how they perform in the knock-out clash.

Speaking of Stockholm, they had a mixed campaign in the league stages. Having won four of their eight games, the team finished third in the Group A points table. However, they must put up a substantial effort to make a place in the final four.

Captaincy Picks for DJU vs STO:

Skipper Wynand Boshoff has been instrumental in Djurgardens’ impressive campaign so far. The dasher scored runs consistently and that too at a staggering rate. Boshoff, in fact, is currently the highest run-scorer of the season with 219 runs in just 6 games. Notably, his average and strike rate have been over 40 and 170 respectively.

Another player who can shine in this contest is Vinod Chalindra of Stockholm. Like Boshoff, Chalindra also likes to go after the bowlers from the outset, and staying at the crease for long isn’t a problem for him either. He has, so far, slammed 141 runs in 7 seven games at an astonishing strike rate of 183.11. 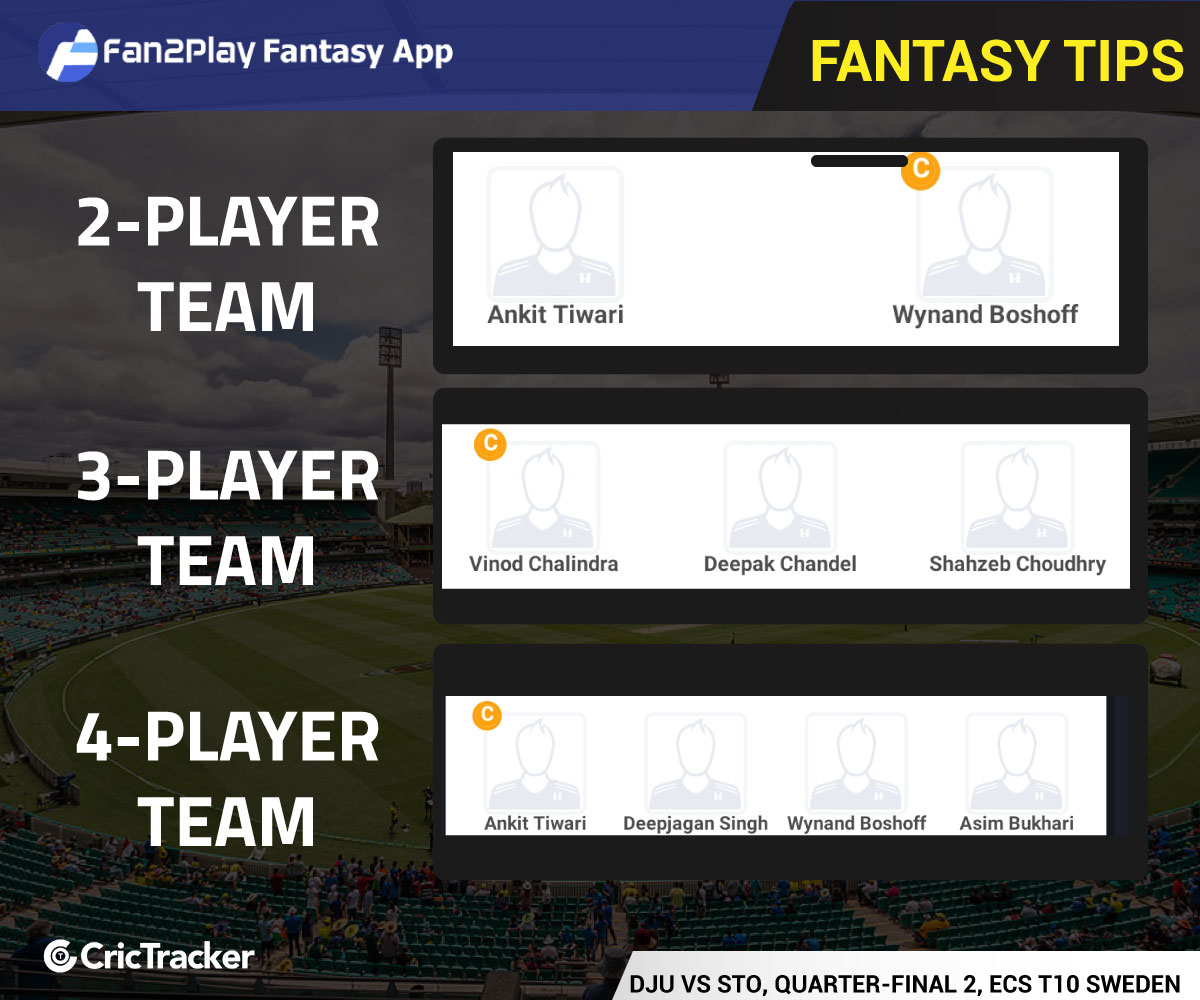 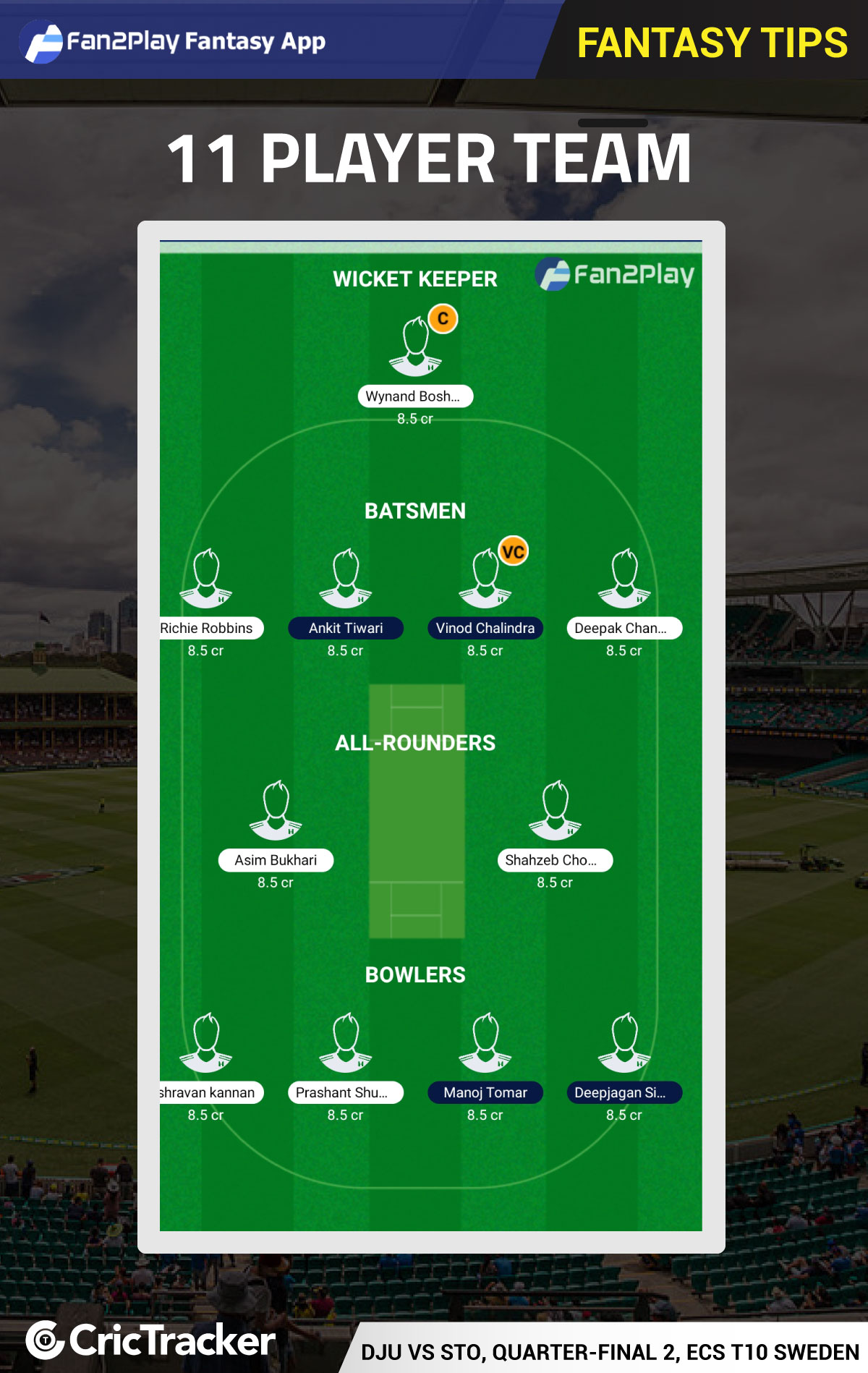