Diasqua Little Sai Wan Cricket Club are expected to beat Pakistan Association of Hong Kong in a last-ditch attempt to secure a ticket to the finals.

The 10th match of the Hong Kong Premier League T20 2020 will be played between Diasqua Little Sai Wan Cricket Club and Pakistan Association of Hong Kong at the Mission Road Ground in Mong Kok.

Despite losing two of their first three matches, Disaqua Little Sai Wan Cricket Club and Pakistan Association of Hong Kong have a chance to qualify for the final of the Hong Kong Premier League T20 2020. They have two points each, and a big win could keep them alive in the title hunt. However, they will also have to hope that the Hong Kong Cricket Club loses to the United Services Recreation Club by a big margin.

Kowloon Cricket Club have already cemented their spot in the final match. They have won all of their four matches, while their opponents will be decided on Sunday afternoon. Diasqua Little Sai Wan Cricket Club have the momentum on their side, having defeated United Services Recreation Club by 40 runs in their last match. Pakistan Association of Hong Kong have lost their last two games and will be aiming for a grand comeback.

The skies will remain cloudy in Mong Kok on Sunday afternoon. The temperature is expected to stay around 24 degrees Celsius.

This venue has hosted two fixtures of this competition. The pitch has not been that great for batting as only one team managed to breach the 150-runs landmark. There should be an even contest between the bat and the ball in Mong Kok.

140 (All matches of the tournament played at this venue)

Also Read – BCCI has done a great job in terms of putting a tournament of this scale together: ICC CEO on IPL 2020

Ehsan Khan played a wonderful knock of 72 runs in his last match on this ground. He struck three fours and four sixes to help his team win the match comfortably.

Tanveer Ahmed troubled the United Services Recreation Club with his phenomenal spell. He returned with figures of 3/28 in 4 overs.

Babar Hayat is a mightily experienced player. In his last appearance on this ground, he played a match-winning knock of 39 runs.

Daniyal Bukhari gave away only 16 runs in four overs and took two wickets, in what was his only match at this venue. He also bowled a maiden over and followed that up with a 15-ball 14* with the bat. 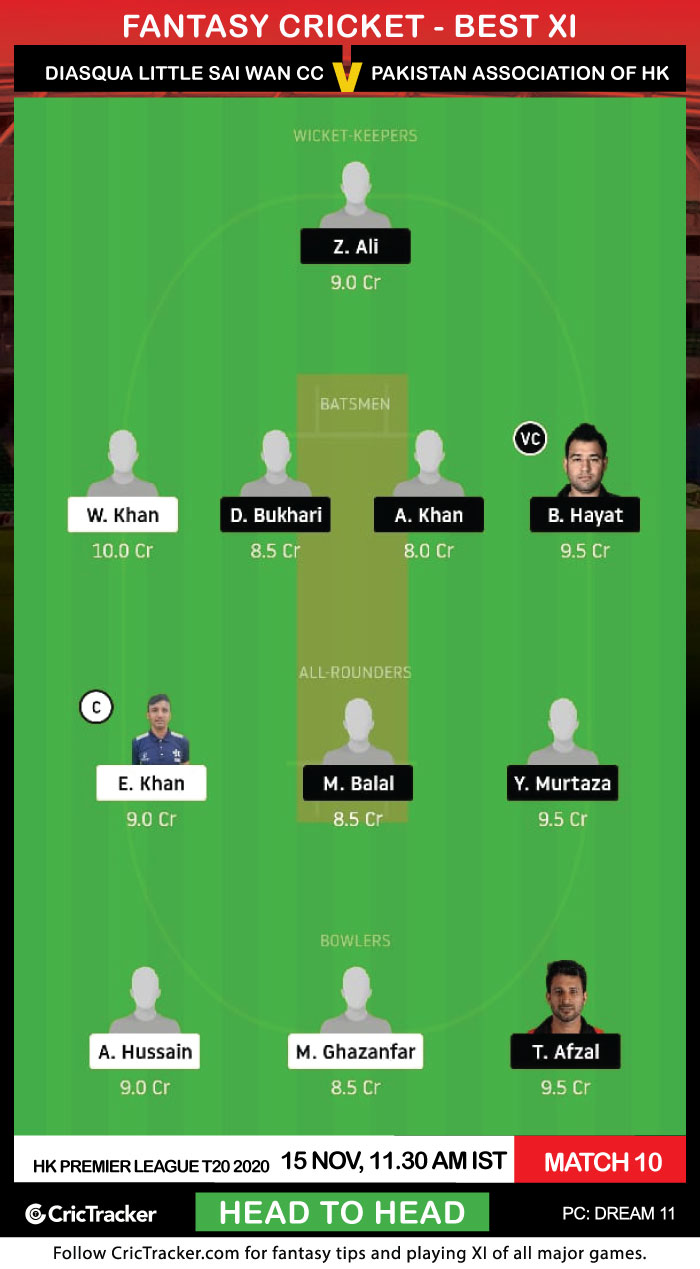 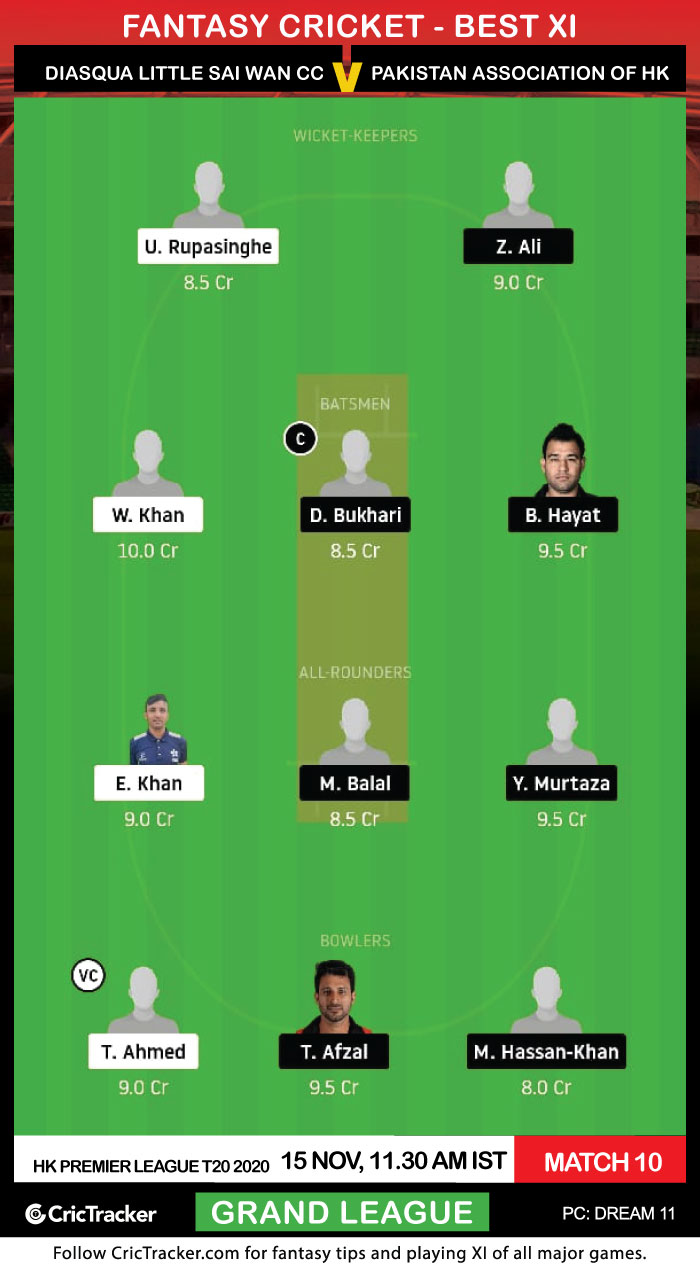 Mohammad Ghazanfar bowled a game-changing spell of 0/15 against the United Services Recreation Club in Mong Kok. Though he couldn’t scalp a wicket, he put the opposition batsmen under pressure with his dot deliveries. It is advisable to pick him in both of your Dream11 Fantasy teams.