Don't have to be Harmanpreet or Smriti, happy being me and it has helped me: Jemimah Rodrigues

Don’t have to be Harmanpreet or Smriti, happy being me and it has helped me: Jemimah Rodrigues

Despite pressure from fans, Jemimah Rodrigues aims to continue her natural game. 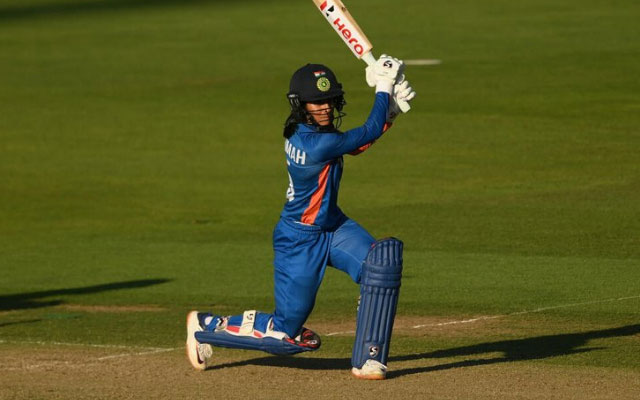 After missing out on the World Cup earlier this year, the star India batter Jemimah Rodrigues had to prove her mettle to silence the critics. Against Barbados in the Commonwealth Games, the right-handed batter smashed 56 runs off 46 balls to send a statement that not picking her for the World Cup was a wrong move from the team management. Courtesy of her brilliant performance, India defeated Barbados women by 100 runs and qualified for the semi-finals of the competition.

Despite being out of the squad, Jemimah didn’t change her playing style and that has been key for the Indian team. Players like Shafali Verma, Harmanpreet Kaur, or Smriti Mandhana can hit it out of the park but to balance that, the team needs a player like Jemimah Rodrigues who can rotate the strike and keep building pressure on the opposition.

Her role in the team suits her perfectly and speaking to the press, the 21-year-old said how Smriti helped her to realize that. “Smriti had told me long back in the IPL [Women’s T20 Challenge] in 2019 that you don’t have to be a Harmanpreet Kaur or a Smriti Mandhana. You have to be a Jemimah Rodrigues. I think I have understood that role and it’s helping me.”

The youngster further added, “The team has given me a role. If I can play that role, it doesn’t matter how other people look at it. If the dynamics suit our team, we have Shafali, Smriti, and Harman, so I just want to play the best role I want to play for the team.”

Despite pressure from fans, Jemimah Rodrigues aims to continue her natural game

Certain sections of the fans were never happy with Jemimah because of her strike rate. However, she can get better with more opportunities in the future. She is someone who times the ball really well but in modern cricket, one needs to play aggressive shots in desperate times. Speaking about the matter, she said, “Definitely, I’ve worked on my power game, but more than that, I’ve understood my game better. I’m not a power-hitter, I’m a placer. I can hit the (gaps for) singles and doubles well; I know how to maneuver the field. I think that is my strength.”

Backing her ability to get the job done, she went on to say, “My game is not very flashy but even without that, I end up with a good strike rate. That is what I have realized I don’t have to be someone else; I have to be Jemimah Rodrigues to score. This is what has helped me.”