Fayyaz Ahmed has scored 260 runs in 8 games, which includes a couple of half-centuries. Ahmed boasts of an average of nearly 40.

Match no. 29 of the Emirates D20 will be played between Dubai and Sharjah at the ICC Academy Cricket Ground in Dubai.

The match will be starting at 06:30 PM IST (05:00 PM Local Time). The live streaming is available on the FanCode app.

With all the Semi-Finalists decided, both the teams have nothing to lose in this match. Yet both, Dubai and Sharjah will be looking to win this for a much-needed boost of confidence ahead of the Semi-Finals. Also, the team winning this will have a consolation of finishing the league stage at the 3rd position in the points table.

The conditions will be ideal for a cricket match with the temperature being around 23 degrees celsius and with only 10% chances for rain.

This track at Dubai is a fairly balanced one where both batsmen and bowlers will have equal chances of shining.

Fayyaz Ahmed has scored 260 runs in 8 games, which includes a couple of half-centuries. Ahmed boasts of an average of nearly 40.

Kashif Daud has picked up 12 wickets and has an economy rate of less than 7 runs per over.

Umair Ali has scored 151 runs and has picked up 6 wickets.

Muhammad Hassan has picked up 7 wickets and has also scored 112 runs. He has an average of nearly 30. 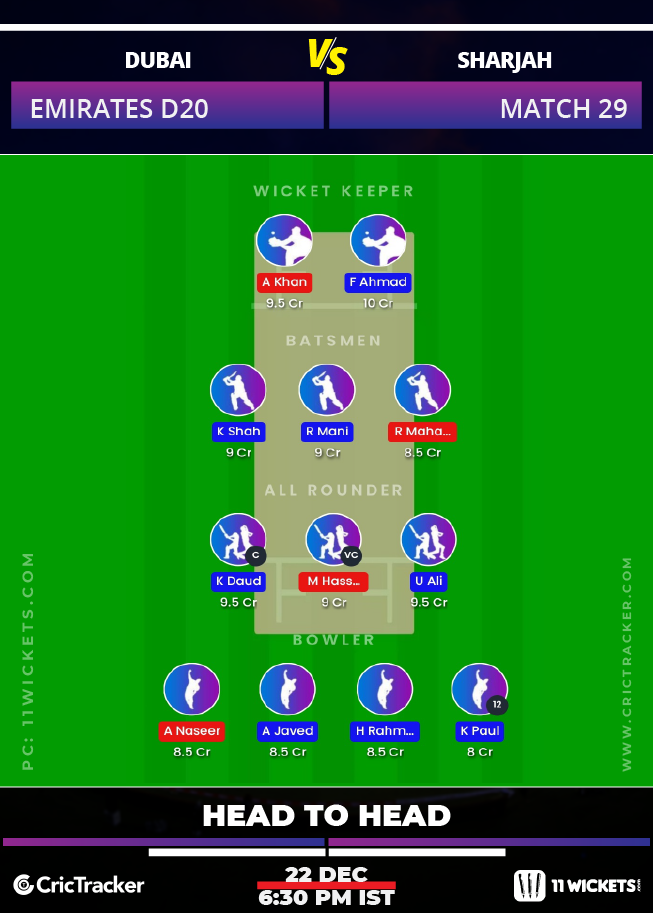 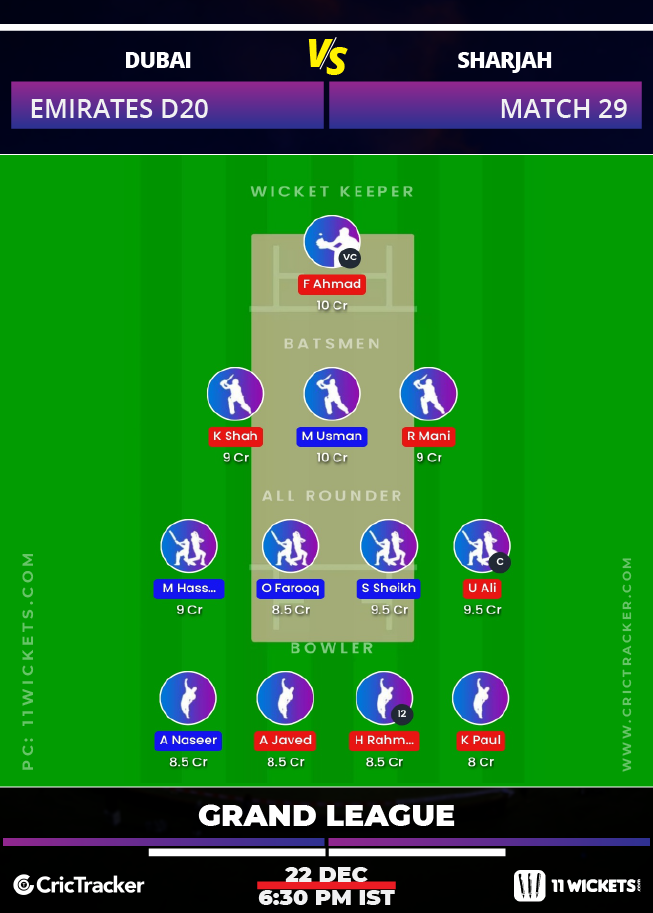 Ali Naseer has picked up 12 wickets and has an economy rate of less than 8 runs per over. It is advisable to include him in both of your Dream11 Fantasy teams.

Sharjah is expected to win this match.