Dambulla Viiking are expected to beat Colombo Kings to finish the league phase as table-toppers. 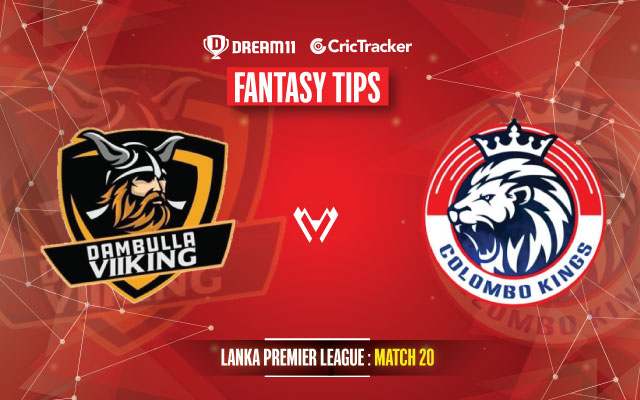 The 20th match of the Lanka Premier League 2020 will be played between the Dambulla Viiking and the Colombo Kings at the Mahinda Rajapaksa International Stadium in Hambantota.

The match is scheduled to start at 08:00 PM Local Time and IST. The match will be telecasted live on Sony Six.

The last league stage game of the inaugural edition of Lanka Premier League will see the battle between the two most consistent teams of the competition. Dambulla Viiking and Colombo Kings will lock horns in what should be a great game of cricket, but without much at stake.

Both Dambulla Viiking and Colombo Kings have already made it to the semi-finals. With 11 points from 7 games, the Viiking are sitting at the top of the table. Kings are placed just behind them, with 10 points to their account. Hence, the winner of this game will finish the league stage as the table-toppers.

It will be a pleasant day for cricket at Hambantota, with the temperature hovering around the 28 °C mark. Chances of precipitation are considerably low.

The pitch has been balanced, with both batsmen and bowlers getting some help from it. However, batting is easier in the second innings.

155 (Last 7 completed matches of the tournament)

Dasun Shanaka has not only been brilliant as a captain, but he has been outstanding as a batsman as well. He has amassed 245 runs at an average of over 40. Shanaka has also picked up 3 wickets.

Another cricketer who has done a good job with both the bat and the ball for the Viiking is veteran Samit Patel. He has scored 153 runs and has picked up 6 wickets.

For Colombo Kings, it has been Andre Russell who has shone brightly in every department. The man from the Caribbean has picked up 8 wickets and has registered 158 runs to his name.

As far as batting is concerned, there are not many who can claim to have been more impressive than Laurie Evans. He has amassed 236 runs at an average of nearly 50. 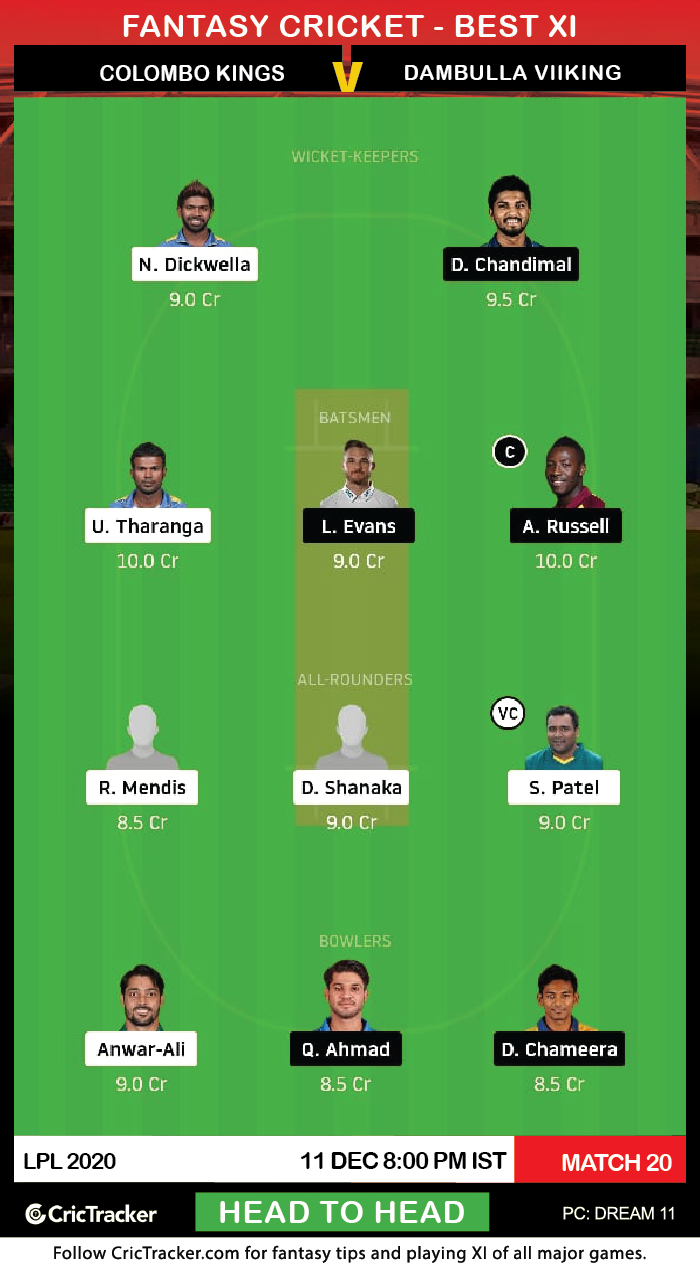 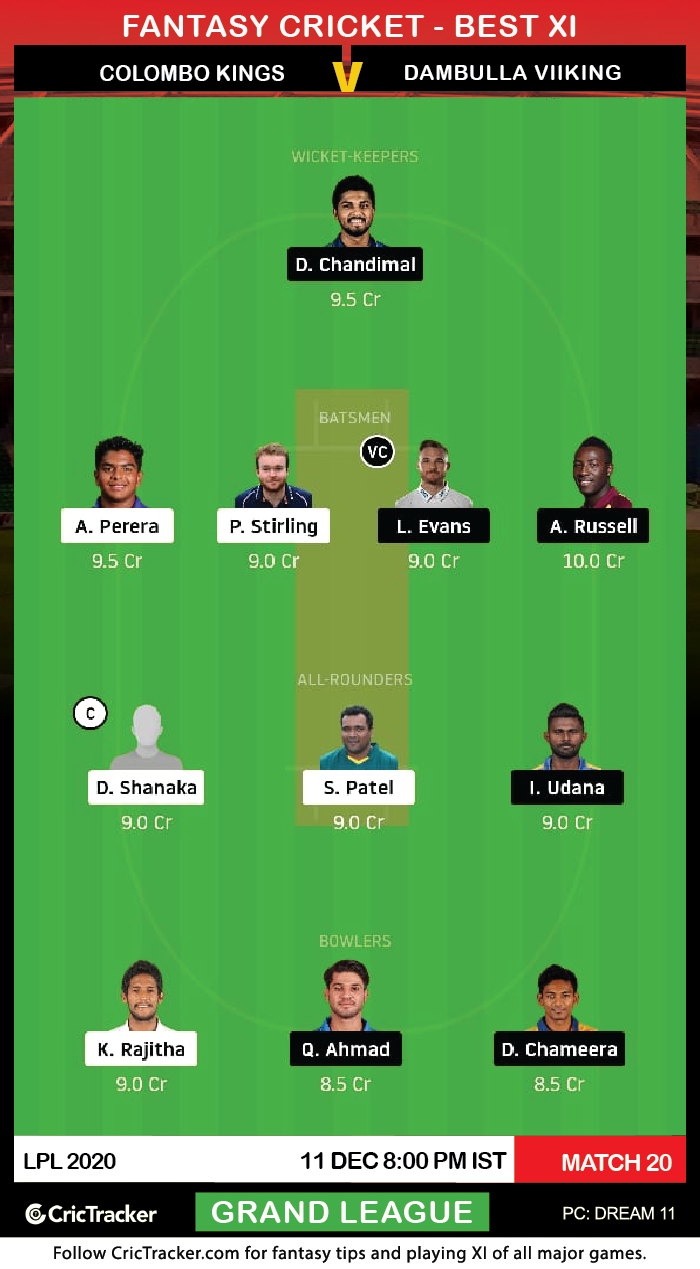 Qais Ahmad has been in good form in this competition. He has picked up 9 wickets and has an economy rate of under 7 runs per over. Ahmad should get a place in both of your Dream11 Fantasy teams.