Wanindu Hasaranga has not only scalped 13 wickets but has also maintained a fantastic economy rate of well under 6 runs per over. 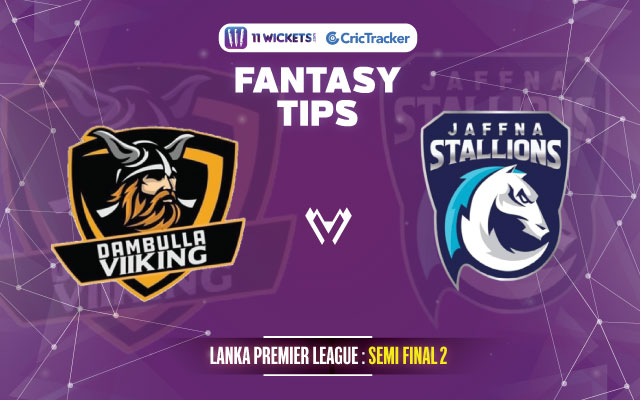 It’s the second Semi-Final of the Lanka Premier League and the Dambulla Viiking will be taking on the Jaffna Stallions at the Mahinda International Stadium in Hambantota.

The match will be starting at 07:00 PM Local Time and IST. The game will be telecasted on Sony Six and streamed live on the Sony Liv app.

Dambulla Viiking has been formidable in this tournament with 5 wins in 8 games. They will be taking on a team that has 4 wins in 4 games. Dambulla Viiking and Jaffna Stallions, both are coming from a loss in their previous games. It will be an exciting game and one time can grab the ticket to the final.

There is just a mere 10% chance for rainfall and the temperature will be around 27 degrees celsius.

The pitch here has been assisting the batters more than the bowlers. Among bowlers, spinners are the ones who are extracting the turn out of the pitch and there’s nothing in store for the seamers. Usually, the teams winning the toss will choose to field first.

Thisara Perera has scored 215 runs at a brilliant average of 45 and has also scalped 5 wickets.

Dasun Shanaka has scored 273 runs and has also registered 4 wickets to his name.

Samit Patel has contributed to his team both with the bat and the ball.

Wanindu Hasaranga has not only scalped 13 wickets but has also maintained a fantastic economy rate of well under 6 runs per over.

Suggested Playing XI No.1 for DV vs JS Fantasy Cricket: 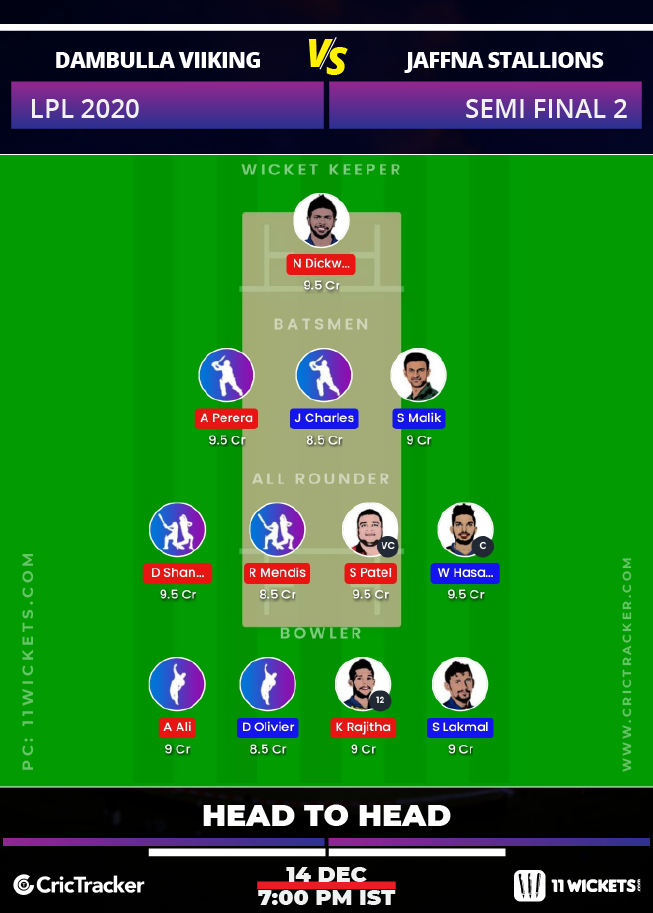 Suggested Playing XI No.2 for DV vs JS Fantasy Cricket: 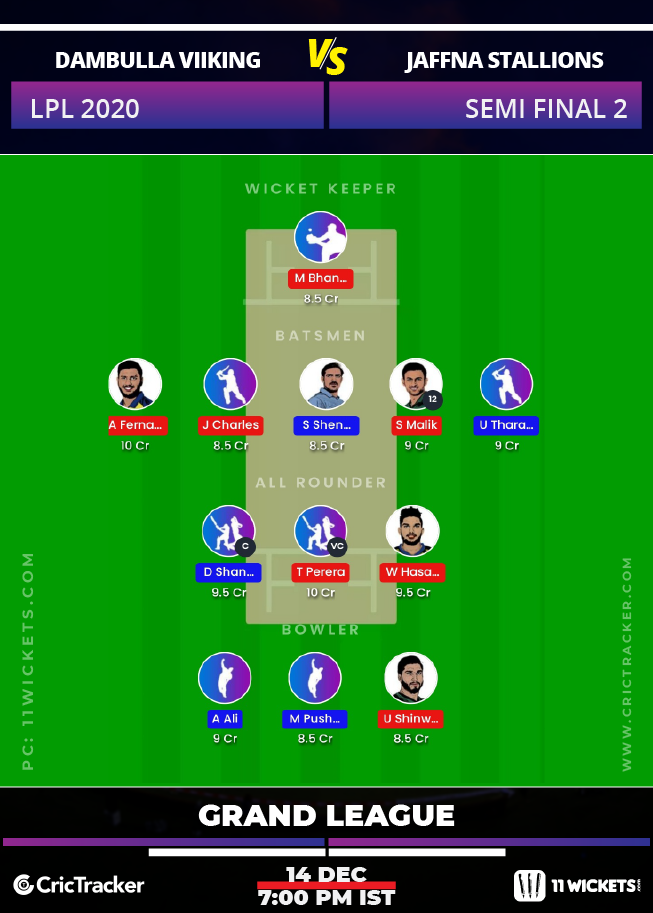 Avishka Fernando has been in great form both with the bat and the ball. Other than him, you can bank upon the captain and vice-captain options.

Dambulla Viiking is expected to win this match.