Dillon Douglas has performed consistently with both bat and ball throughout the tournament. Hence, he should definitely be picked in your Dream 11 fantasy team.

The 2nd Eliminator match of the Vincy Premier League T10 2020 will be played between Dark View Explorers and La Soufriere Hikers at the Arnos Vale Sporting Complex, Kingstown, St Vincent.

After twenty-four exciting league matches, it’s time for the knockouts. Dark View Explorers will take on La Soufriere Hikers in the second Eliminator of this edition’s Vincy Premier League. Both the teams blew hot and cold throughout the tournament and failed to perform consistently but they did provide some thrilling action.

Dark View Explorers finished ahead of their rivals, La Soufriere Hikers, in the third spot with 8 points. They won four out of their eight games. Hikers, on the other hand, won only three in as many games while one of their matches was abandoned. The Explorers had the upper hand over their opponents in both their league games and would be starting favorites to win this thrilling encounter.

Scattered showers are expected for the day. The chance of rain during the match is 33 percent and the temperature will be around 29 degrees Celsius.

It is a good track to bat on. The ball comes onto the bat nicely and with smaller boundaries, run-scoring is easy.

Miles Bascombe has amassed 191 runs at a strike rate of 155.28 including 2 fifty-plus scores.

Deron Greaves has mustered 173 runs at a strike rate of 160.19. He has also picked up wickets for his team when needed. 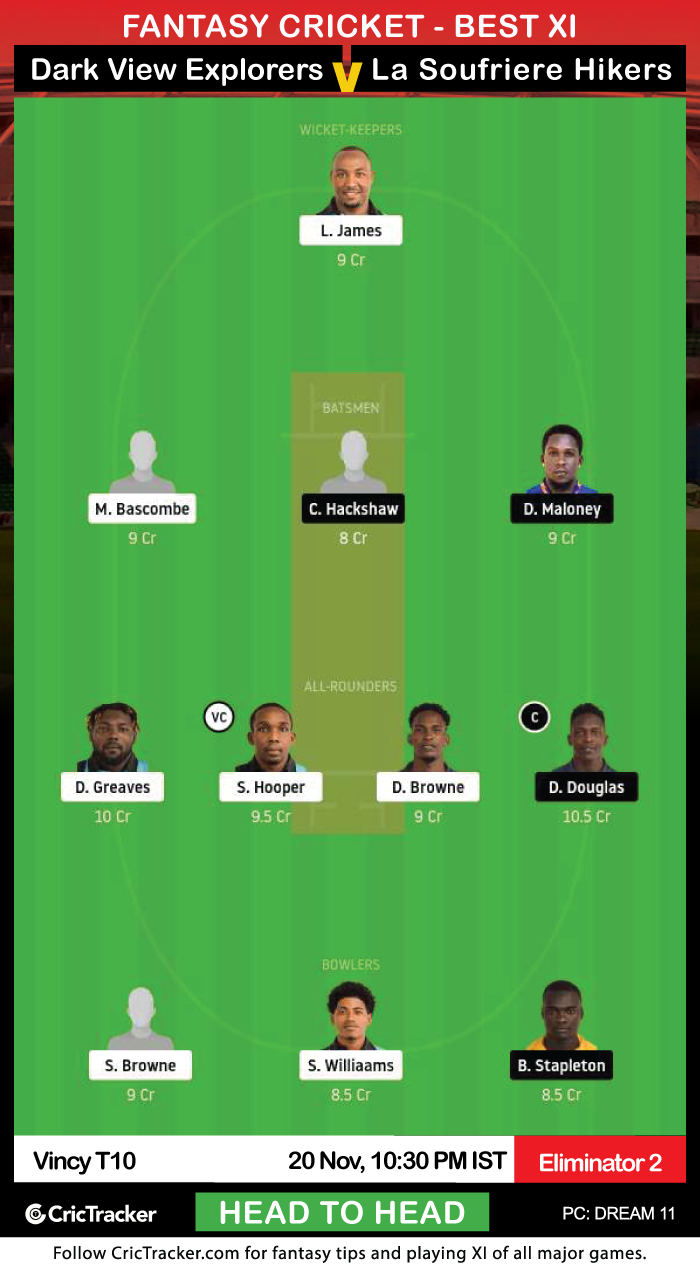 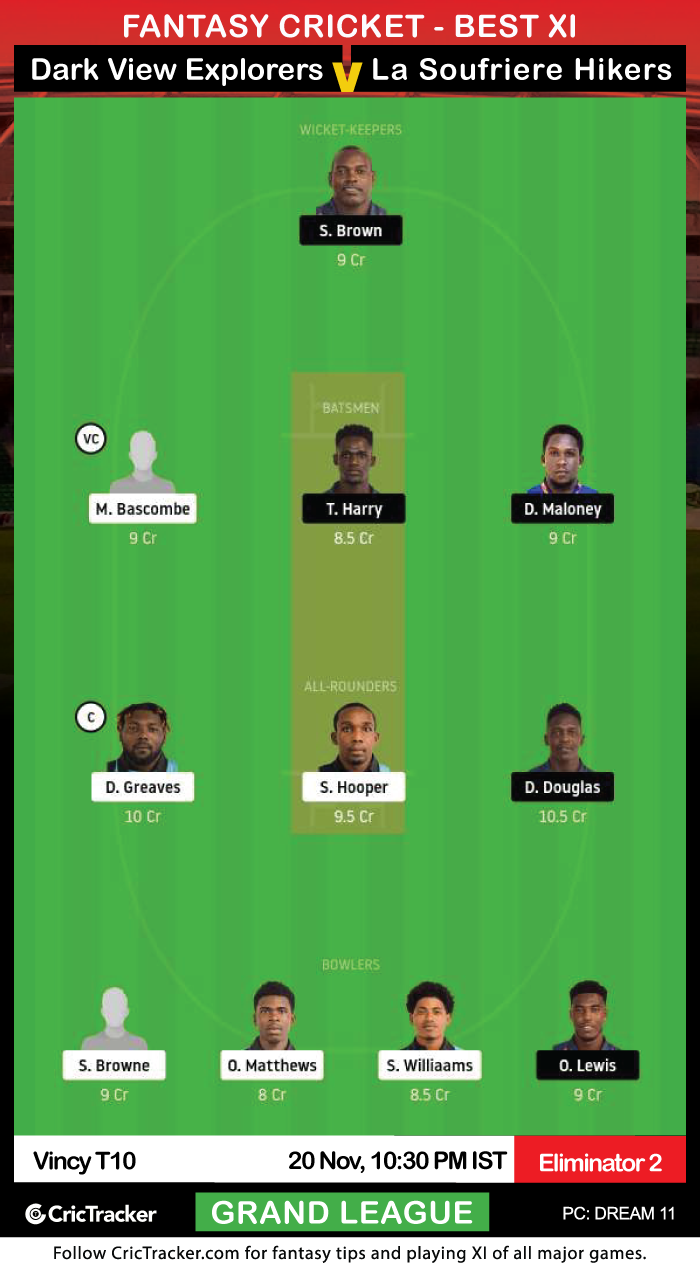 Dillon Douglas has performed consistently with both bat and ball throughout the tournament. Hence, he should definitely be picked in your Dream 11 fantasy team.