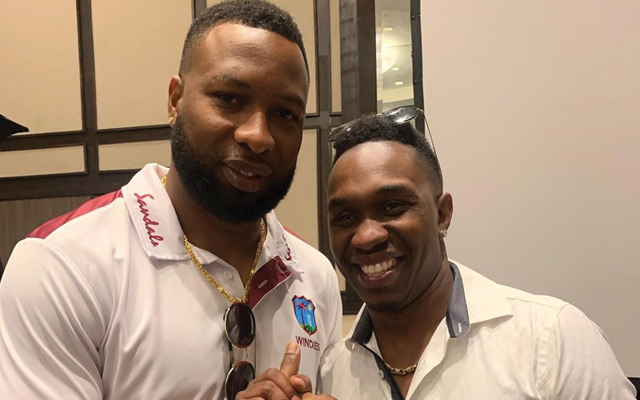 Kieron Pollard, the swashbuckling batsman, has been named as the West Indies ODI and T20I captain by the CWI. It invariably means that Jason Holder and Carlos Brathwaite are set to face the axe as skippers in the two formats. The decision comes after the Caribbean team’s shoddy performances in the 2019 World Cup followed by a hat-trick of series losses against Virat Kohli’s India.

Pollard wasn’t a part of the mega event, but plied his trade in the T20I series versus the Men in Blue. However, he hasn’t played ODI cricket for almost three years now. His last one-dayer in national colours came back in October 2016 against Pakistan and the Sheikh Zayed Stadium in Abu Dhabi. In 101 ODIs and 62 T20Is, the Trinidadian has notched 2,289 and 903 runs respectively.

After the appointment, an ecstatic Pollard said, “I am truly honoured to be appointed Captain of the West Indies and I would like to thank Cricket West Indies’ Board of Directors for placing their faith and confidence in me. I can’t wait to work with the coaching staff and players as we start building towards future World Cups and give the fans more reasons to get behind the team.”

Meanwhile, Dwayne Bravo, the former West Indies cricketer, congratulated Pollard on the massive achievement. He is confident that Pollard will be a great leader. Moreover, he jokingly stated that now since Pollard is the captain, he can again think of wearing the national jersey.He uploaded a picture alongside Pollard.

He captioned the picture and wrote, “Congratulations my friend @kieron.pollard55 on being appointed WI captain you deserve it and u will be a great leader hopefully I can finally get back in WI colors again #Champion 🇹🇹🇹🇹🇹🇹,”

Congratulations my friend @kieron.pollard55 on being appointed WI captain🙏🙏 you deserve it and u will be a great leader hopefully I can finally get back in WI colors again 😂😂😂😂🔥🔥 #Champion 🇹🇹🇹🇹🇹🇹