Adnaan Khan is an attacking batsman who had piled up 273 runs in the Emirates D10 tournament at an average of around 35. He has also picked up four wickets to his name.

The 6th match of the Emirates D20 2020 will be played between ECB Blues and Dubai at the ICC Academy, Dubai on Monday.

After winning their first match against Abu Dhabi, ECB Blues are all set to face Dubai during the last game of the second day. The likes of Aryan Lakra and Chundangapoyil Rizwan helped their side to get over the victory line. Dubai on the other hand is taking the field for the second time on the same day.

According to that, as it is their second game, both of them would want to end their day on a winning note. Since both the teams will be pushing hard for a win, this should also be a highly competitive battle. So, fans are eager to see who is going to grab the two precious points hanging in front of them.

The weather is expected to be clear during the course of the game. The temperature will hover around 23 Degrees Celsius range.

The track at ICC Academy is a good one to bat on. We have witnessed that bowlers getting dominated by the batsmen, especially in the first innings of the game. So, bowlers would find it difficult to contain runs at this venue.

Adnaan Khan is an attacking batsman who had piled up 273 runs in the Emirates D10 tournament at an average of around 35. He has also picked up four wickets to his name.

Fahad Nawaz is a talented player who has the ability to turn the face of the game with both the bat and ball. He scored 266 runs and picked up 8 wickets for his side during the D10 league.

Pick Nilansh Keswani if he gets a chance to play. The latter has picked up 9 wickets from his five outings.

Chundangapoyil Rizwan has looked to be in very good touch with the willow as he scored 40 off 28 balls by destroying the likes of opposition bowling all-around the park.

Aryan Lakra has been outstanding with the ball in the last game against Abu Dhabi. The latter went on to pick up 5 wickets which helped his team to defend the total of 147 runs.

Following him, Waheed Ahmed also supported well on the other end as he bagged 3 wickets by giving away just 18 runs in his spell.

Suggested Playing XI No.1 for ECB vs DUB Fantasy Cricket: 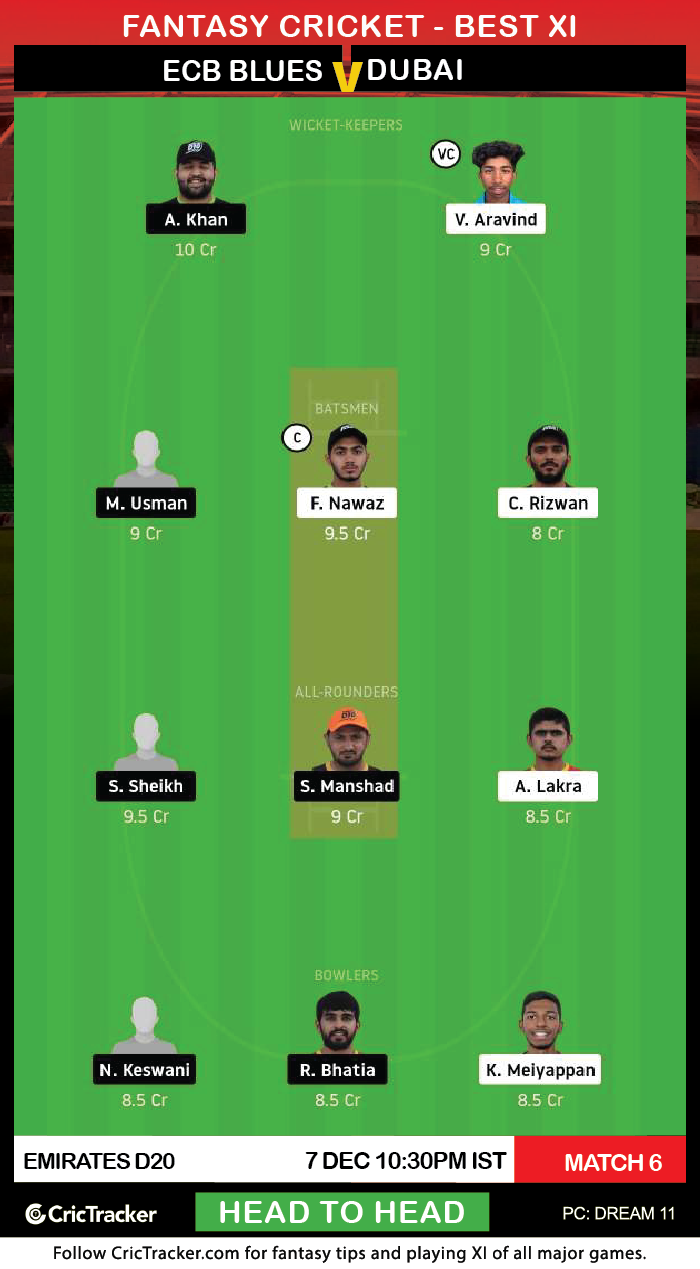 Suggested Playing XI No.2 ECB vs DUB for Fantasy Cricket: 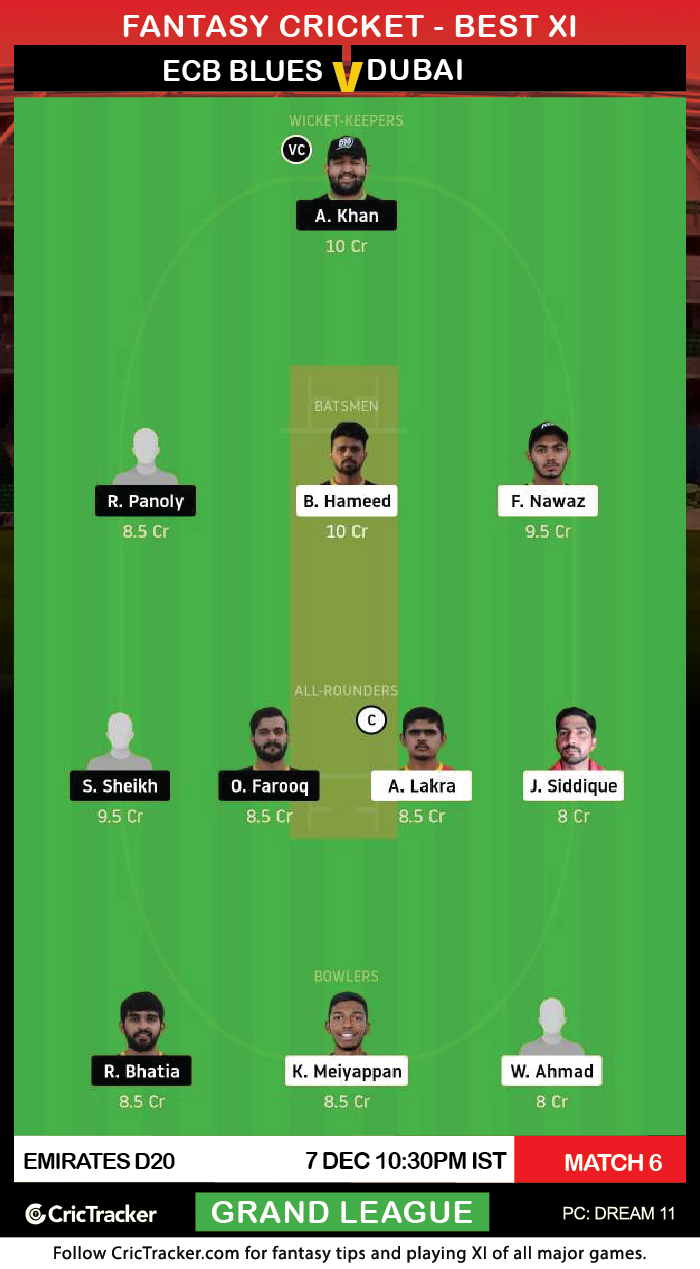 Chundangapoyil Rizwan is a hit or miss type batsman who can score runs once he gets his eye on the ball. Try dropping him in any one of Grand League teams at your own risk.