ECB Blues are expected to feature in the grand finale by getting past Sharjah.

The Semi-Final 2 of the Emirates D20 Tournament 2020 will be played between Sharjah and Emirates Cricket Board Blues at the ICC Academy Cricket Ground in Dubai.

Emirates Cricket Board Blues and Sharjah have had a comfortable run in the league phase of Emirates D20 2020. They have earned tickets to the semi-final by playing some great cricket, and are now just a step away from playing in the all-important final.

Sharjah earned 11 points in the league phase, which placed them at the third position in the table. ECB Blues showed better consistency and won 7 of their 10 games, earning 14 points in the process. Given the hard work and dedication they have put in during the league phase, both sides will be desperate not to let it go for a waste and continue their form into the semis.

The weather will facilitate a full game, as there are no signs of possible precipitation. The temperature will be hovering around 22 °C

This pitch at Dubai is a balanced one. Both batsmen and bowlers will get some purchase off this track, but will need to be at the top of this game to succeed.

Vriitya Aravind has been in sublime touch with the bat for ECB Blues. He has scored 314 runs in 10 games, which came at an average of over 30 and a strike rate of nearly 120.

While Aravind has been Sharjah’s best batsman, Aryan Lakra has been sensational with the ball. He has picked up 18 wickets and has maintained an economy rate of slightly over 7 runs per over.

KP Meiyappan is another ECB Blues bowler who has done a commendable job with the ball. He has scalped 14 wickets and has conceded runs at a brilliant economy rate of just over 5 runs per over.

Waheed Ahmed can be influential both with the bat and the ball. He has picked up 13 wickets and has also contributed 82 runs to his team’s runs tally. 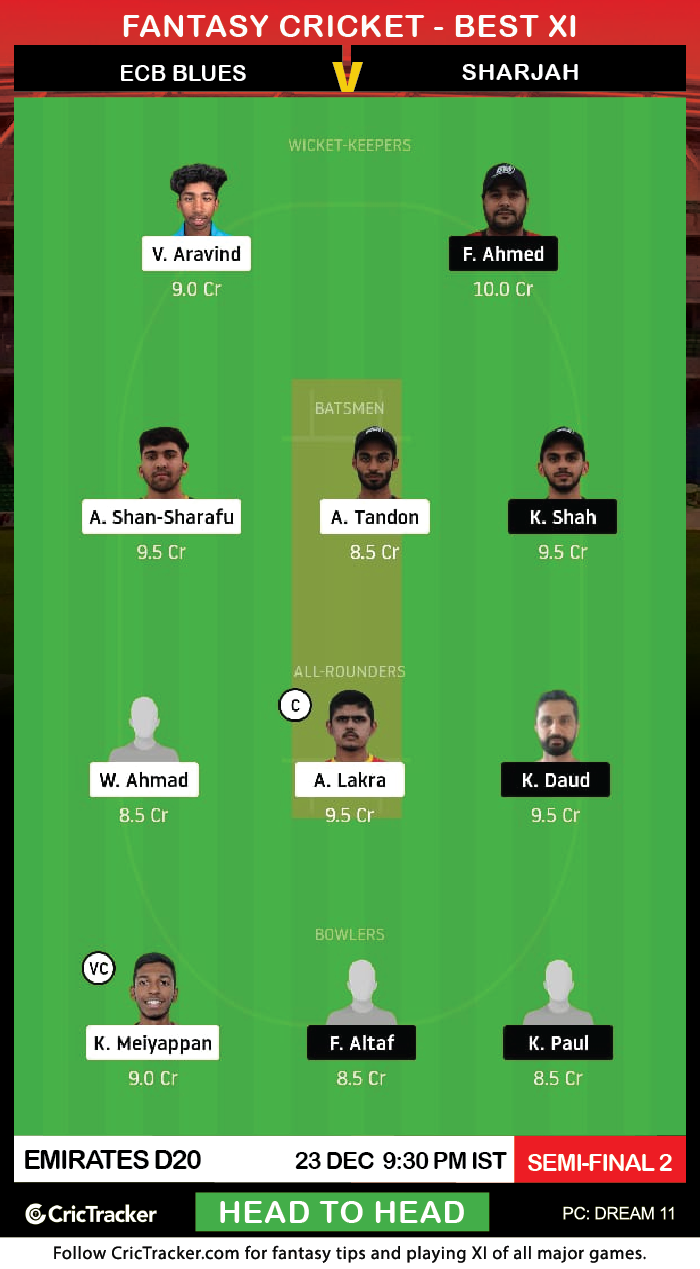 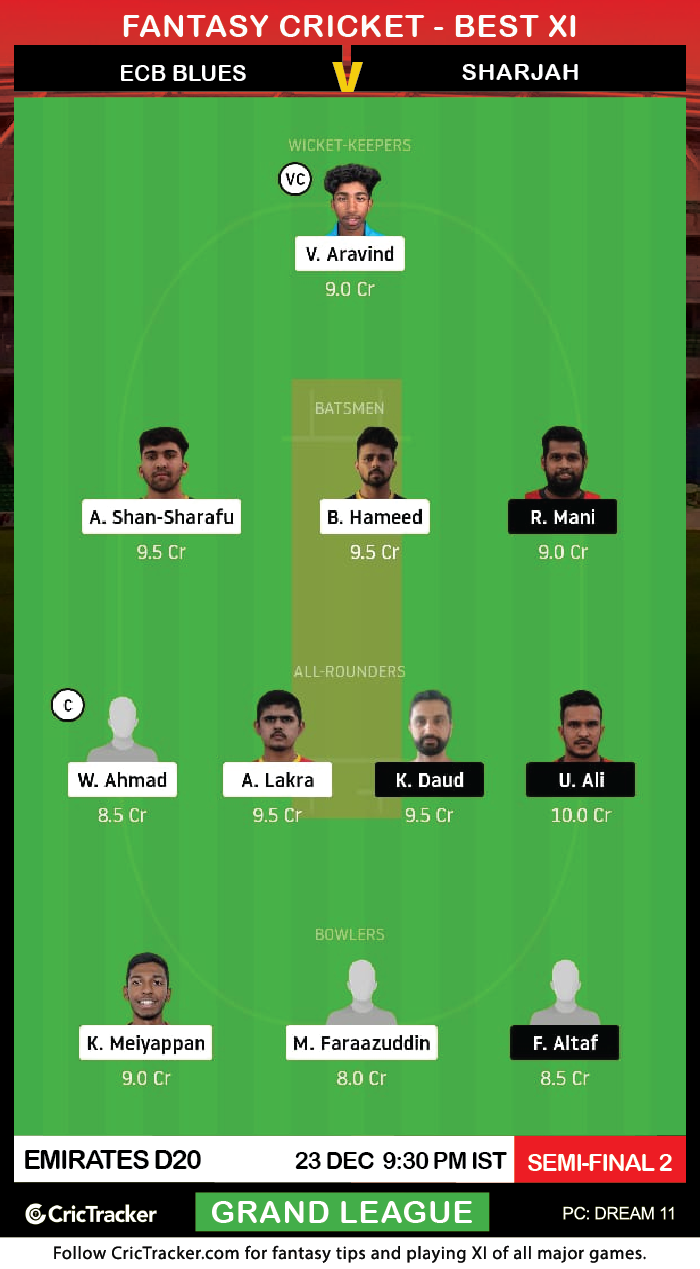 Fayyaz Ahmad has been exceptional with the bat for Sharjah. He has amassed 295 runs at an average of over 35 and a strike rate in excess of 120. Though he is priced at a costly tag of 10.0 Cr, Ahmad should be included in at least one of your Dream11 Fantasy teams.