England XI will battle it out with Netherlands XI in the first Playoff of the ECC T10 Championship tournament on Thursday (October 7). Both sides have been on a roll this season and it would be interesting to see who emerges victorious in this fixture. England XI finished as the table-toppers with 4 wins from five games.

On the other side, Netherlands XI also didn’t do much wrong in this competition. With 3 wins in five matches, they finished the league stage at the third spot with 7 points in their bag. Notably, England XI walked off with a 4-wicket triumph, when these two teams met each other in the tournament.

The track at this venue has been good for batting so far in this competition and we will witness the same in the upcoming games. The bowlers could find it difficult to adjust their lines and bowl properly on this wicket.

The skipper of England XI, Dan Lincoln yet again proved his worth with the bat. He scored an unbeaten 50 off 18 balls and helped his team to run over the victory line.

Sam Pearce is one of the consistent performers with the ball this season. He has bagged 21 wickets from 14 matches and is the highest wicket-taker of the competition.

Clayton Floyd is the top contender from the Netherlands XI side. He has scored 331 runs and has bagged 19 wickets for his team.

Sebastiaan Braat is the other all-rounder to be picked from the team. He has featured in 15 matches and has notched 155 runs, while picking up 18 wickets with the ball. 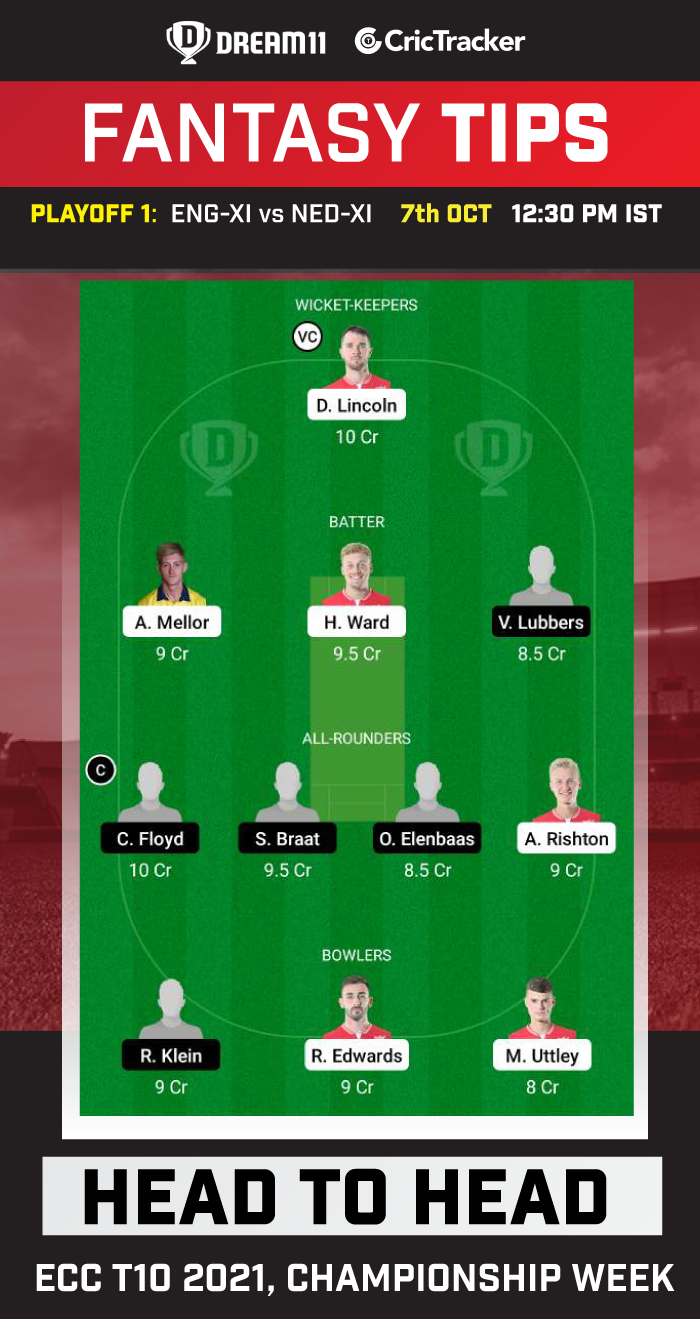 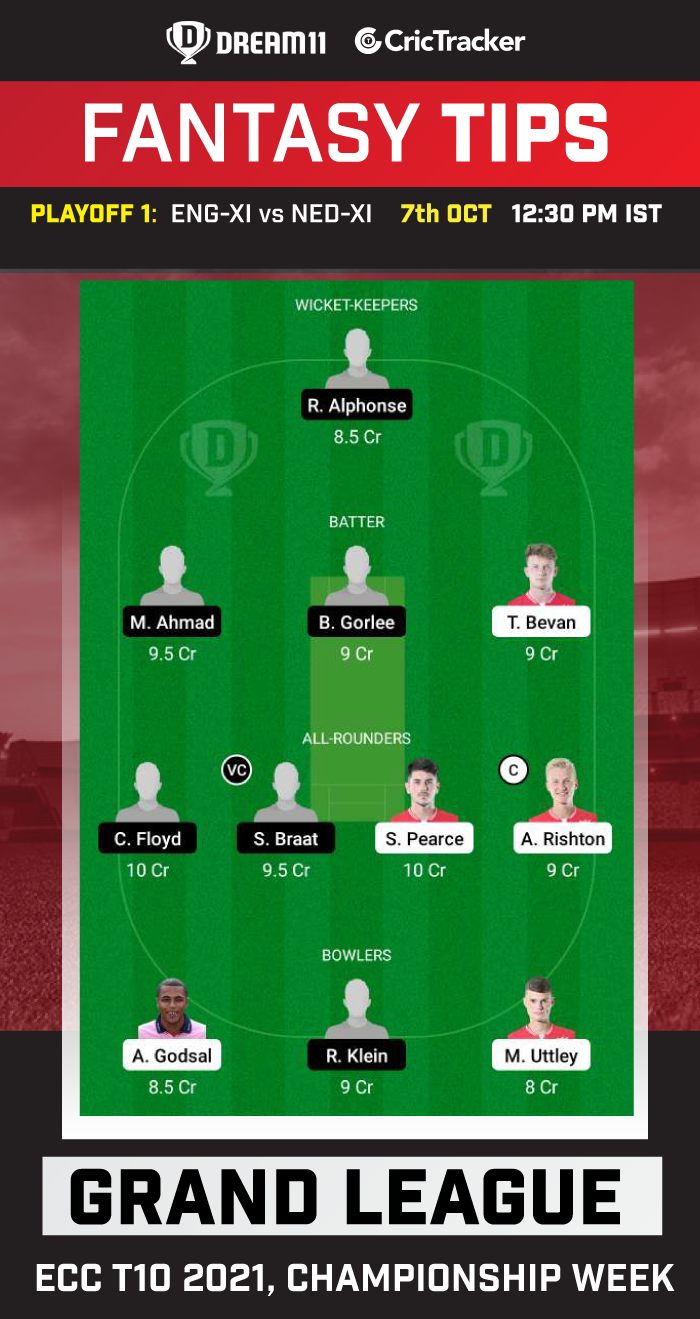