Amir Zaib had impressed with his all-round performances in the last 2 matches.

Austria made an impeccable start in this competition with two straight wins against Romania and Hungary. Razmal Shigiwal played an outstanding knock against Romania, where he missed out on the opportunity of scoring a century by just 4 runs. They are currently sitting at the top of the Group B standings with 4 points.

Portugal made a poor start for their tournament campaign as they lost two consecutive matches on Monday against Hungary and Netherlands XI. They conceded 100-plus runs in both matches and they need to address their bowling issues as soon as possible.

The batters will be rewarded completely if they hit through the line. As usual, the bowlers will be at the receiving end. Whoever bowls well will have more chances of winning this game.

Also Read: Everyone wants Virat Kohli to win an IPL for RCB once as a captain: Virender Sehwag

BBL 2021-22: When and Where to Watch BBL on TV, Online, and Live Streaming Details for India

Razmal Shigiwal played extremely well for his 96 runs against Romania. He batted at the strike rate of 342.85. In 2 matches, he has scored 104 runs at an average of 52.

Amir Zaib was the main performer for Portugal on Monday. He scored 72 runs at an average of 36 with a strike rate of 180 and also picked up 4 wickets.

Skipper Najam Shahzad is the key player for Portugal. He made valuable contributions with the bat and ball on Monday, where he scored 46 runs at a strike rate of 242.10 and also picked up 3 wickets.

AUT vs POR Must Picks for Dream11 Fantasy Cricket: 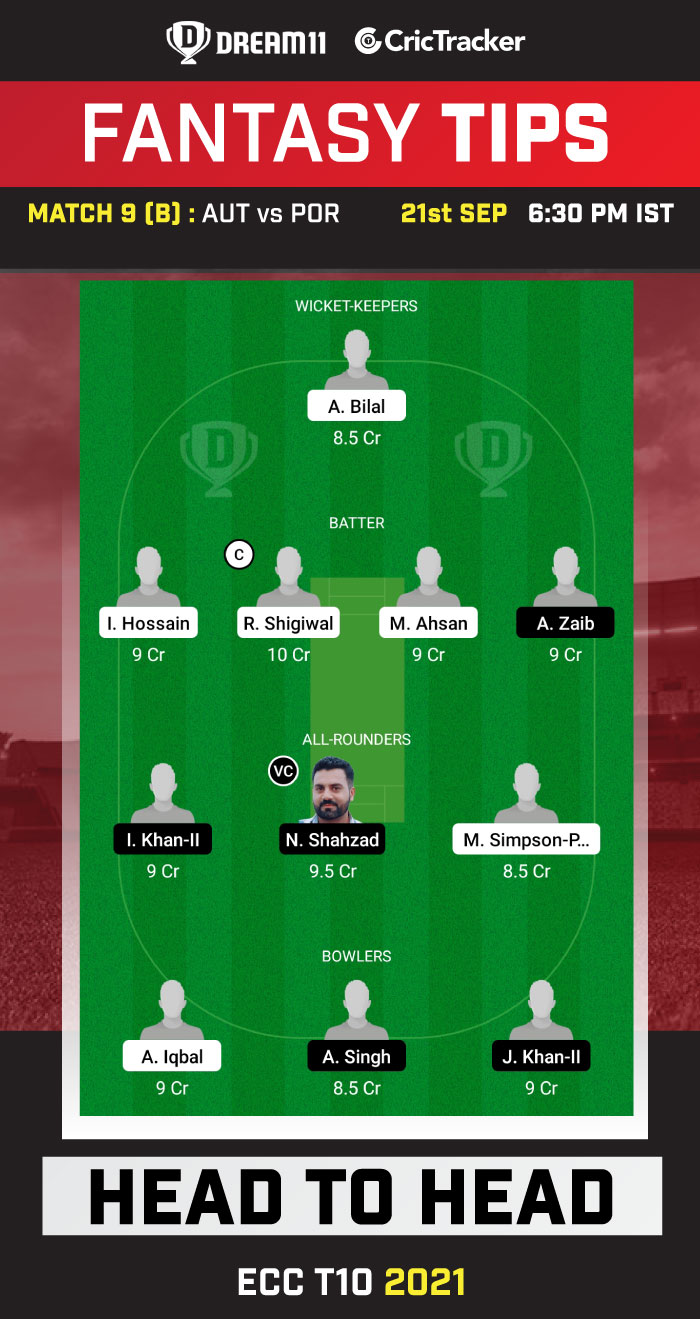 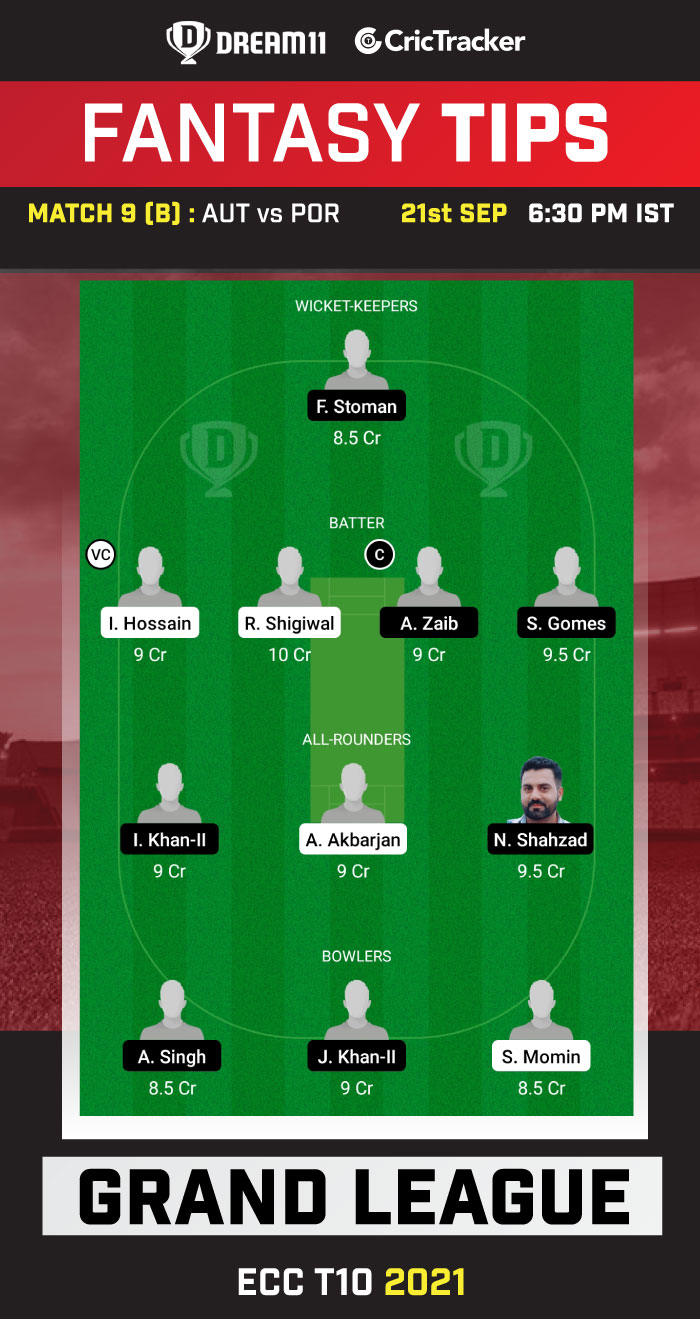 Austria are expected to win this match.