England XI are the sheer favorites for this match.

Germany will be up against England XI in the Group C contest of the ECC T10 2021 on Monday. This will be the second match of the day for Germany. They will be well aware of the conditions before coming into this match. The German team has a lot of potential players with the likes of Rohit Singh, Shoaib Azam Khan, and Abdul Shakoor Rahimzei. They will need to be on top of their game in every aspect as they take on one of the biggest powerhouses in England XI.

England XI is a mixture of U-19 and county players. They are the favourites in Group C. Sam Pearce is the notable player in the line-up who represented Glamorgan in the T20 Blast 2021. Harrison Ward is another big name in the squad, who had represented Sussex in all forms of the game.

German international Rohit Singh has played a crucial role and led the side well in winning the ECS Germany Dresden for Britannia CC earlier this year. He has scored 435 runs in 20 ECS matches at an average of 43.5.

Abdul Shakoor Rahimzei is a valuable player for Germany. He has scored 196 runs in 17 T20I matches at an average of 14, with the highest score of 59. Rahimzei has picked up 8 wickets as well.

Sam Pearce is a right-handed batter and a leg-break bowler. He played 4 T20 matches for Glamorgan this summer and has scored 11 runs in 3 innings. His county experience will definitely come in handy in this tournament.

Harrison Ward is a capable batter who has made a debut in all forms for Sussex this summer. In 6 T20 matches, he has notched 73 runs at an average of 14.6.

GER vs ENG-XI Must Picks for Dream11 Fantasy Cricket: 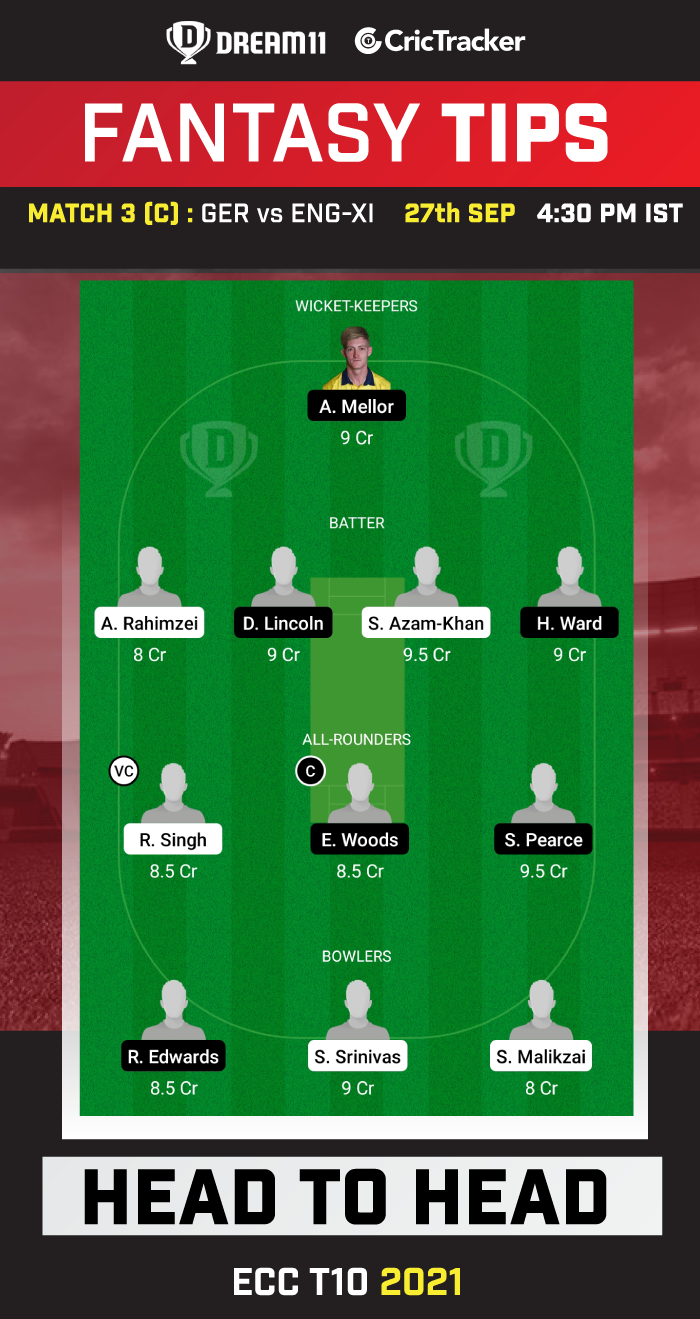 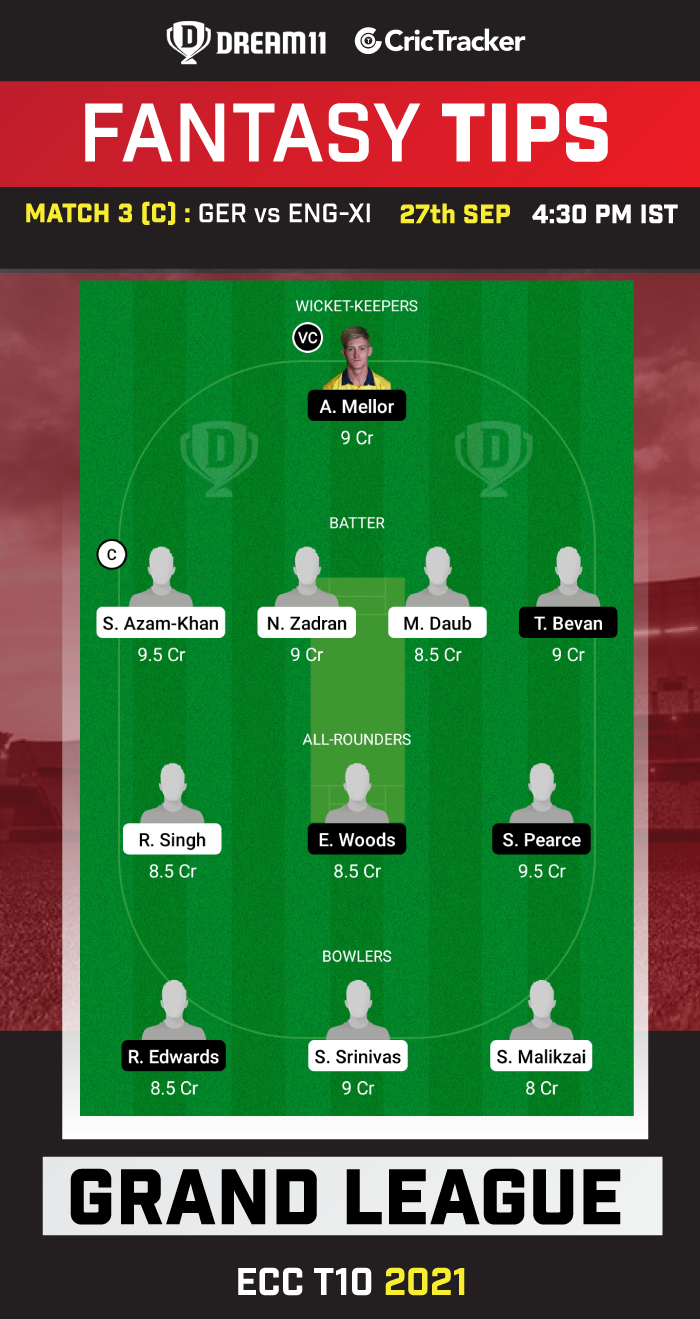