Key players for this game will be Sabawoon Davizi and Satyajit Sengupta. 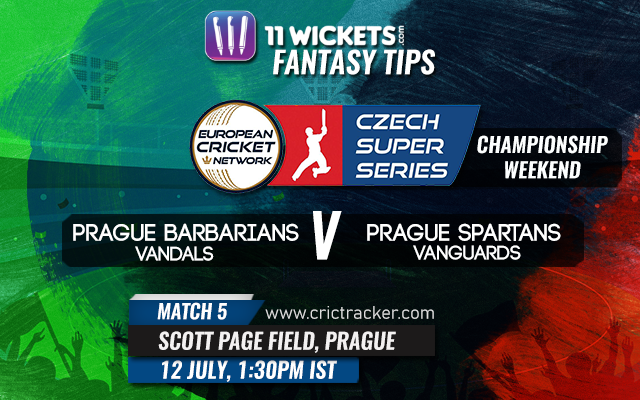 The fifth match of the ECN Czech Super-Series will be played between the Prague Spartan Vanguards and Prague Barbarian Vandals at the Scott Page Field in Prague.

The match will go on without any stoppage as there are no chances of rain.

100 is the average first innings score thus far in the tournament. Batsmen enjoy smashing the ball at this venue.

Sengupta is a crucial pick in all fantasy XI as he has been exceptional in both departments thus far. Kranthi Venkataswamy is another handy player with the willow and ball.

For PB Vandals, S Davizi has been in red hot form and picking him as multiplier will be a wise chocie. 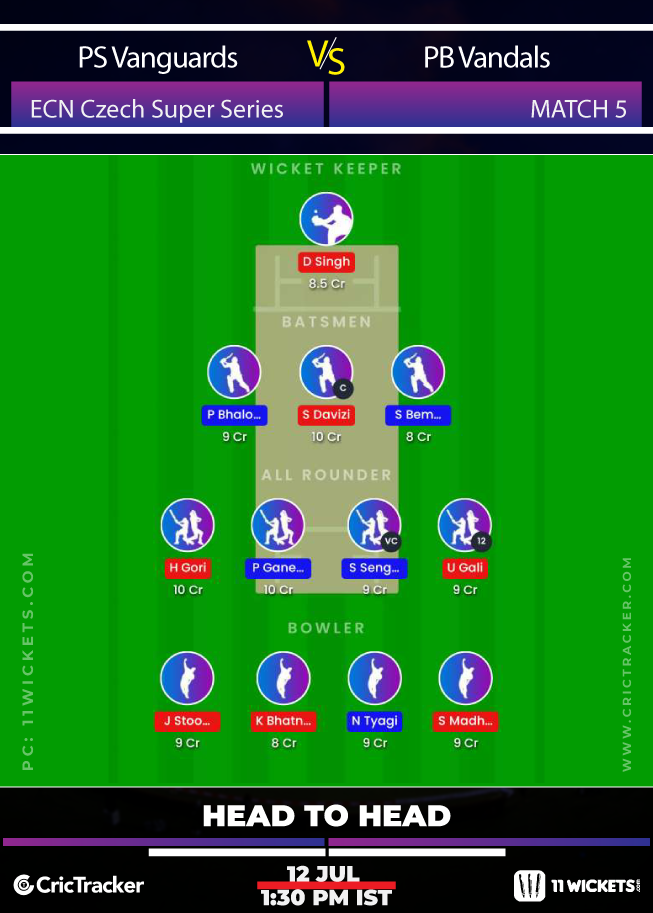 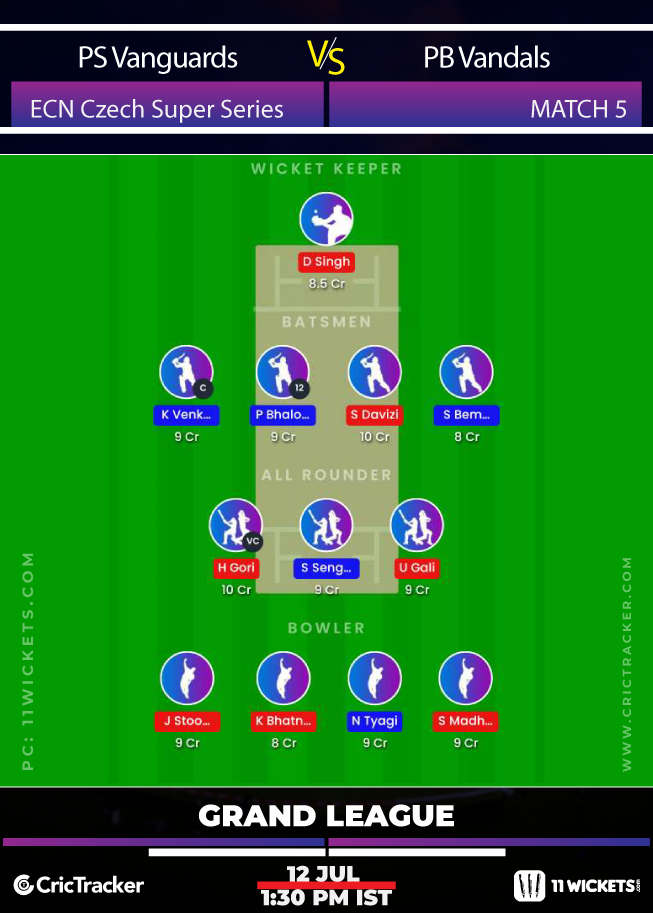 Key players for this game will be Sabawoon Davizi and Satyajit Sengupta.

Prague Spartan Vanguards are expected to win this encounter.