Satyajit Sengupta and Sabawoon Davizi will be the key players to be included in any team, owing to their excellent previous performances.

The fifth match of the ECN Czech Super-Series will be played between the Prague Spartan Vanguards and Prague Barbarian Vandals at the Scott Page Field in Prague.

With two matches each under their belts, this match will be the last match of both sides this week. This match is significantly important for both sides as it would have a huge impact on their bid to enter the knockout stages of the match, which will have an eliminator followed by the finals.

Temperatures in the range of 20 to 23 degrees Celsius along with a cloudy sky are predicted to be prevalent on Sunday. The match will go on without any hindrance as the chances for any precipitation are just 5 per cent.

All of the tournament so far have had scores going from as high as 131 runs in 10 overs to as low as 83 runs for the loss of 8 wickets in 10 overs. So, it can be said that the pitch here, while favouring the batsmen on occasions, does have a lot in store for the bowlers.

Satyajit Sengupta has been exceptional with the bat in hand, scoring a half-century in the team’s very first match and his teammate Krathi Venkataswamy has also fared well with the bat, scoring 44 runs in the same match, followed by an unbeaten knock of 63 runs with the bat in the following match. Kranthi Venkataswamy also came in handy with the ball, taking two wickets in the two overs he has bowled. Also performing well for the team on the field were Santhosh Remireddy who has 3 wickets in his account, Satyajit Sengupta, who also rose up to the occasion to take a wicket for his team, the Prague Spartans Vanguard. 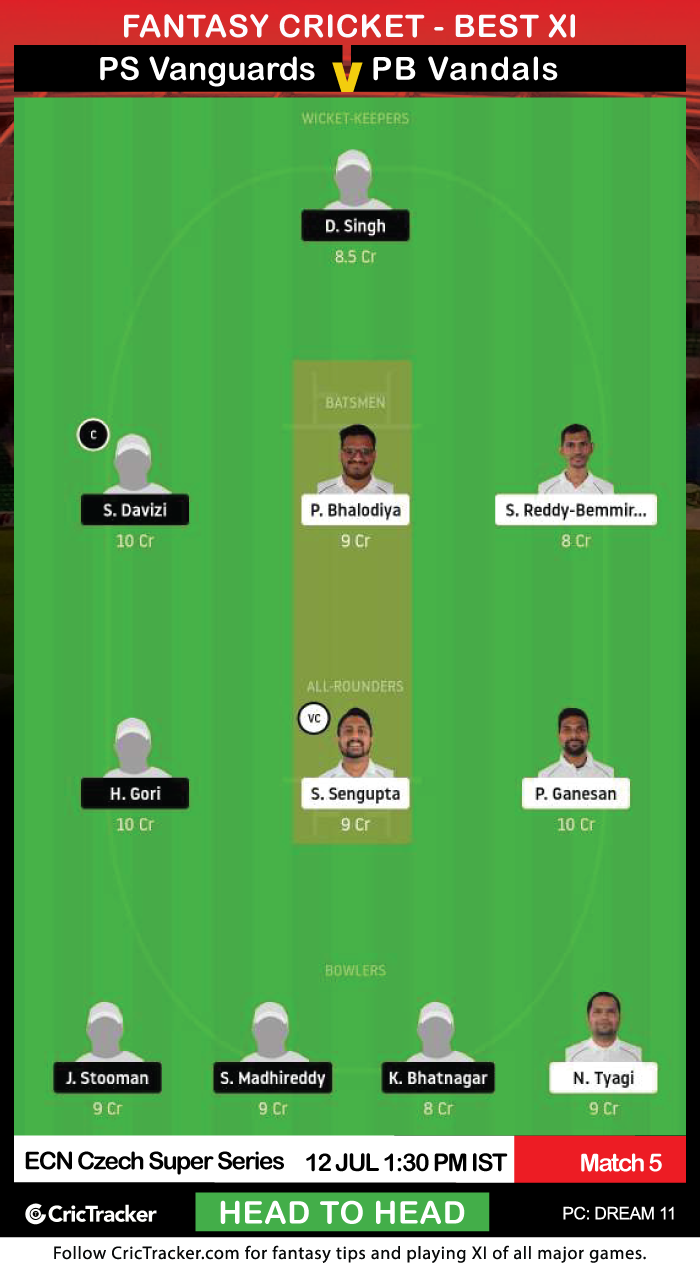 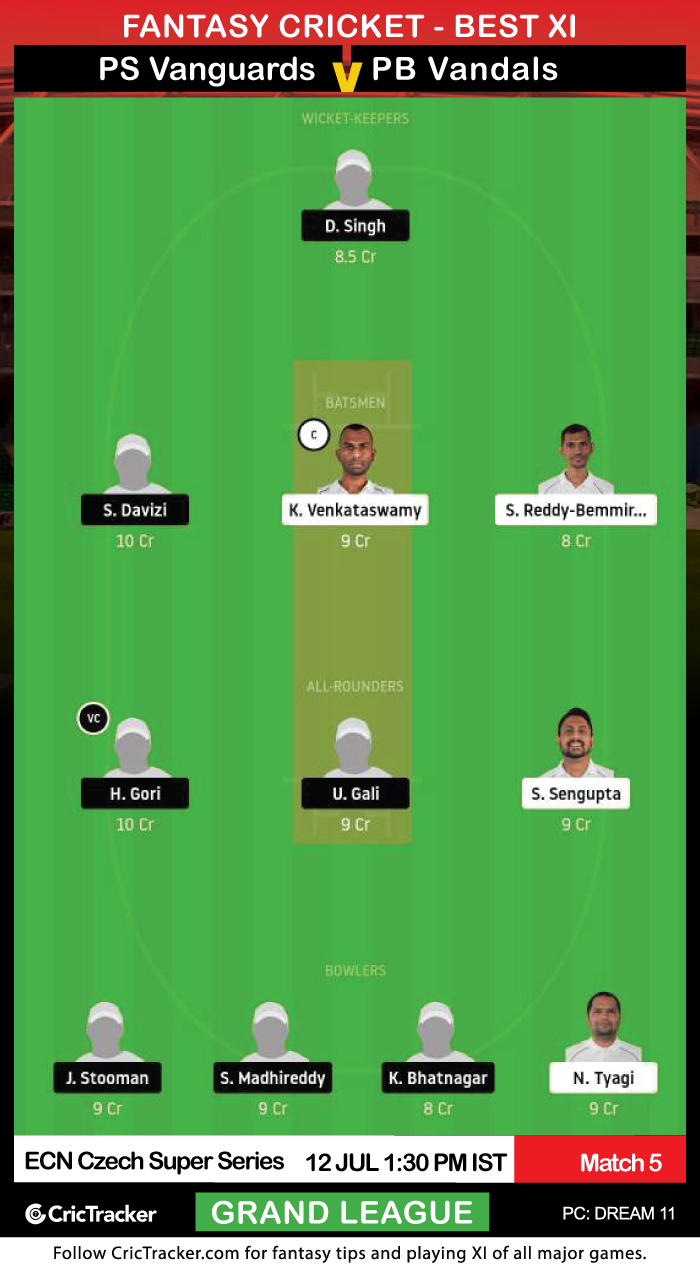 Satyajit Sengupta and Sabawoon Davizi will be the key players to be included in any team, owing to their excellent previous performances.

The Prague Spartan Vanguards are the favourites to win the match.