Picking more all-rounders will be wise in your Fantasy team.

The third match of the fifth week of the ongoing ECN Czech T10 Super Series 2020, is all set to be played at the Scott Page Field in Prague.

This match will be the first on for the Brno Rangers on the weekend, while the second and last one for the Prague Spartan Vanguards. This means that while on the one hand, the Rangers will be starting fresh, the Vanguards will have some in-game time on their hands.

But, the thing that would act in Rangers’ favour will be the fact that they were on a cruise in their last season, winning all the three matches, while the Vanguards had won two and lost one encounter. This match’s result will decide a lot of things and provide great momentum to the winning side, which can be taken over the weekend into the finals.

With a thunderstorm covering the city on Friday, Saturday is also expected to have overcast conditions, with the temperatures hovering around the 18 degrees mark. But the good news is that no rains are expected so the match will in all probabilities proceed without any hindrance.

This match will be the third one to be played on the ground with only a two-hour gap between the games, so some wear and tear is expected on the pitch, that would have seen two full 10-over a side matches by the time this game is played. The pitch has had a history of favouring the batsmen, with the spinners also getting some help from the surface.

With a strike rate of over 136.84, Someshekhar Banerjee and his teammate Ushan Gunathilake with a strike rate of 102.27 are expected to be the top performers on the batting side of things for the Brno Rangers. And, the duo of Tripurari Kanhya Lal, along with Rahat Ali could prove to be quite some competition for the Vanguards’ batsmen. Naveed Ahmed also does the damage by stopping some crucial runs from getting scored with his sharp fielding skills.

For the Vanguards, Kranthi Venkataswamy will be leading the attack with the bat, and he would be the one, the Rangers would want to dismiss first as the last time he was playing, that is during week 2, he scored 46  runs in his 4 matches. Neeraj Tyagi, Satyajit Gupta along with Kranthi Venkataswamy with his all-round skills, will be the ones making up the bowling attack that is expected to do significant damage to the Rangers’ batting line up. 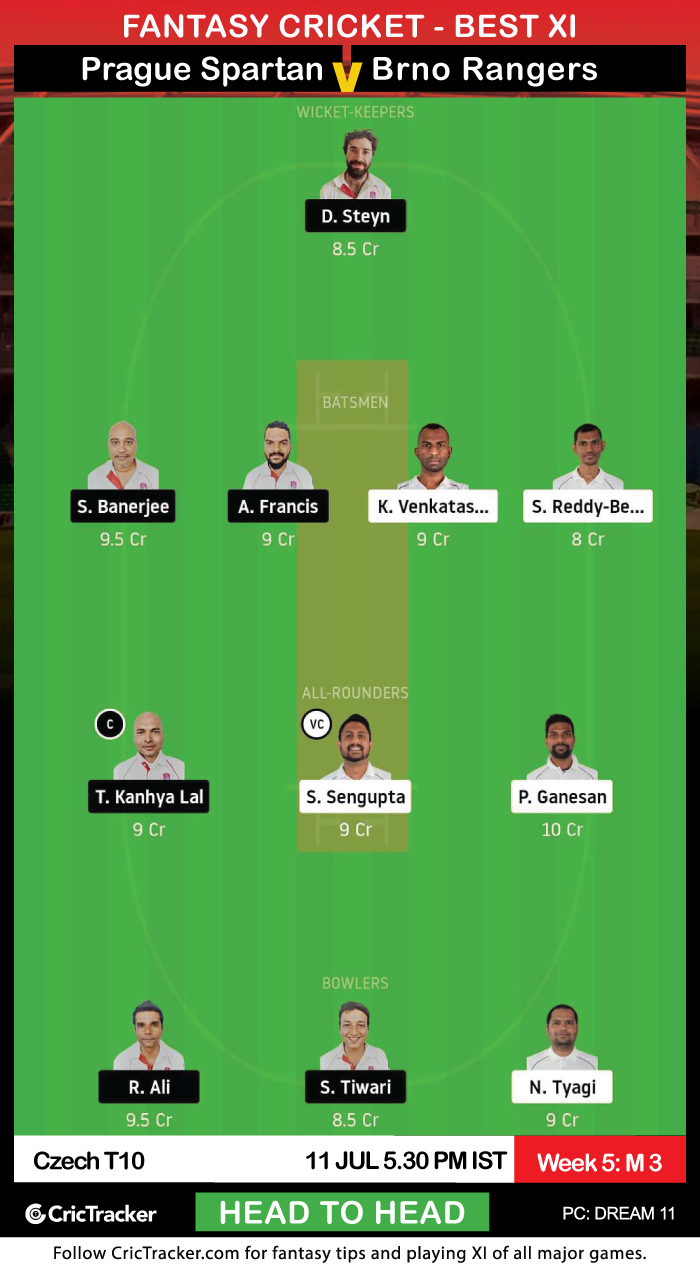 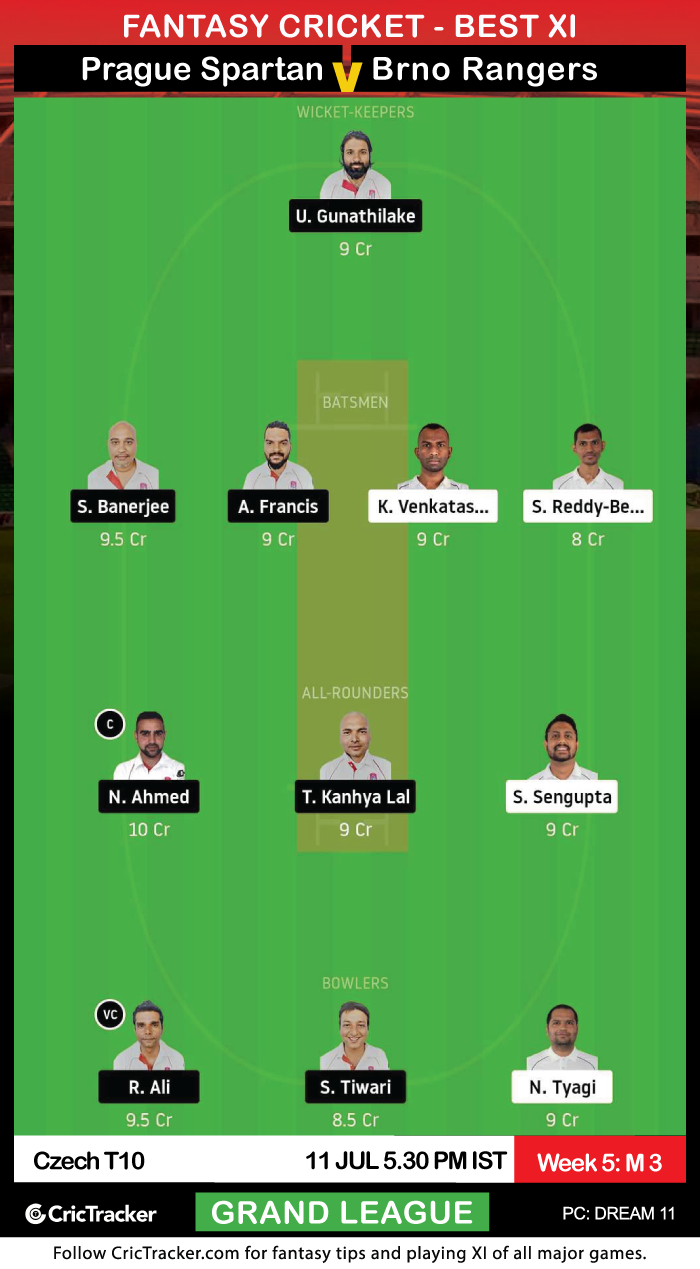 Given his past performances, Sandeep Tiwari is a sure-shot inclusion in the team with him likely to get more wickets than his previous total of 4 wickets in 4 matches. And, for his all-round performances, Dylan Steyn is also a good inclusion.

The Brno Rangers are expected to win this match.