The teams are currently placed at equal points, but the form that the players of Brno Rangers are in, make them the team to go to when picking the captains and the vice-captains of your team.

The fifth match of the ECN Czech T10 Super-Series 2020, is all set to be played between the Bohemian CC and the Brno Rangers, at the Scott Page Field in Prague.

The match is scheduled to start at 12:00 PM Local Time (03:30 PM IST) and can be streamed live through FanCode.

The last match before the tournament progresses into the knock out stages, that is the eliminator, followed by the finals, this game holds a lot of importance in terms of where the tournament is headed and which team will have a chance to lay their hands on the trophy.

The Bohemian CC has had a fair run in the tournament so far, winning one and losing one match. The story has been somewhat same for the Brno rangers too as the team after losing its first match made a strong comeback, defeating the Prague Spartan Vandals by a margin of 7 wickets.

With overcast conditions prevailing and a 5 per cent chance of precipitation, the match is expected to go on without any stoppage. The temperatures will be around 20 and 23 degree Celsius, making it a good day for the intense cricketing action that this tournament brings on due to the 10 over per side format.

This ground has seen it all. From scores ranging all the way from 131 runs in 10 overs to just 83 for the loss of 8 wickets, the pitch has made sure that in spite of being somewhat ideal for the batsmen, it has something in store for the bowlers too.

Somesekhar Banerjee has been scoring runs in this week and is aptly the top scorer for his team, the Brno Rangers with 58 runs to his name in the two matches he has been a part of. Following him closely is his teammate Dylan Steyn, who has had a decent time with the bat too, scoring 37 runs in two matches. With the ball, Rahat Ali and Somsuvro Basu shined in the last match, taking three wickets each for their team.

In the Bohemian CC camp, Zahid Mahmood has been the front runner with the bat, getting 53 runs to his name, at a strike rate of 53 runs. In the blowing department two people, namely Abdul Farhad and Ali Waqar stand out, with two wickets each in the two matches they have played. 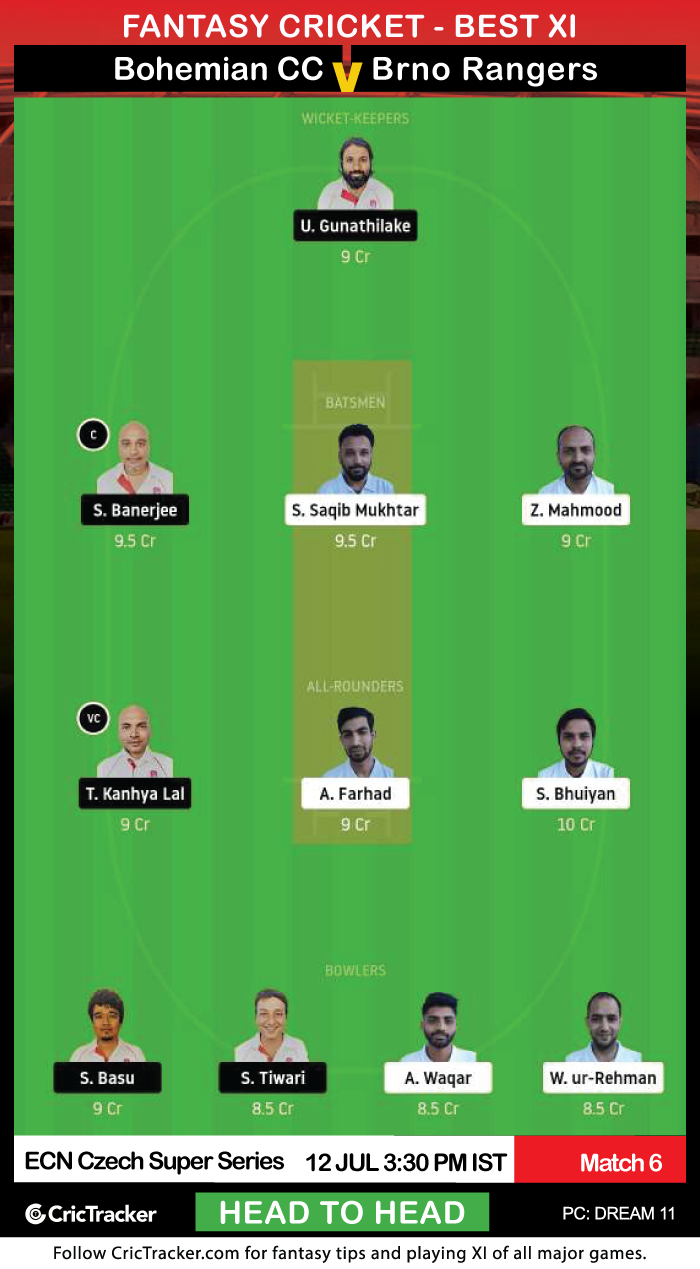 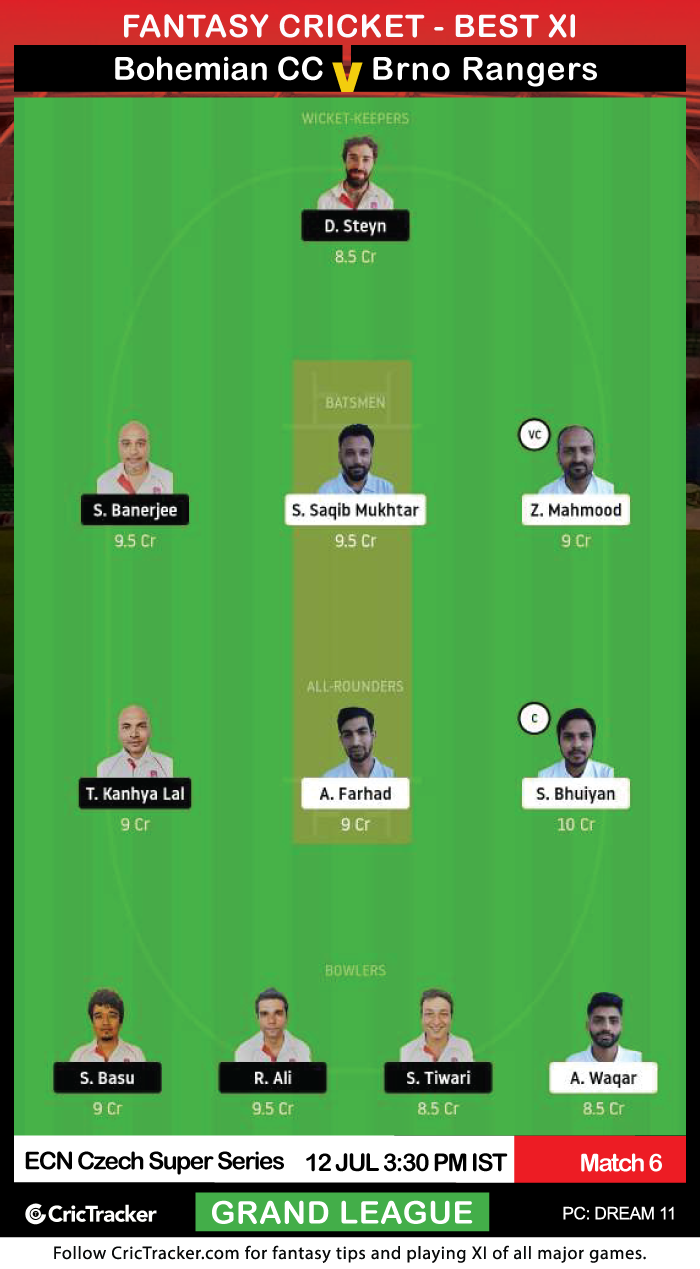 The teams are currently placed at equal points, but the form that the players of Brno Rangers are in, make them the team to go to when picking the captains and the vice-captains of your team.