Hawks are going to clash with Falco in the 33rd match of the ECS Barcelona 2021 at the Videres Cricket Ground in Girona. Hawks have a decent time in the competition, having won 3 out of the six matches they played. They are currently positioned on the 5th spot and will look to win the remaining games to make themselves available for the playoffs.

Talking about Falco, they are having a good time in the ongoing tournament, as they won back-to-back matches against Gracia and Catalunya CC 26 and 48 runs respectively. Currently, they are placed on the 2nd spot with 5 wins from seven games they played. So, they will be looking to claim the ladder by winning the upcoming match against the Hawks.

Muhammad Sohail is the leading run-scorer for the Hawks in this tournament. He has scored 84 runs from six matches at an average of 42 and taken 3 wickets for his side.

Muhammad Sanaullah is another must pick player from the Hawks team. He has scalped 9 wickets while conceding less than 7 runs per over.

Zeeshan Raza has batted well in the previous match against Catalunya CC. He scored 57 runs from 24 balls, including 7 boundaries and 2 sixes. Overall, he has amassed 202 runs in 6 matches at an average of well above 40.

Adeel Sarwar will be a good option for your fantasy team. He has scored 168 runs at an average of 33.60 and picked 4 wickets as well. 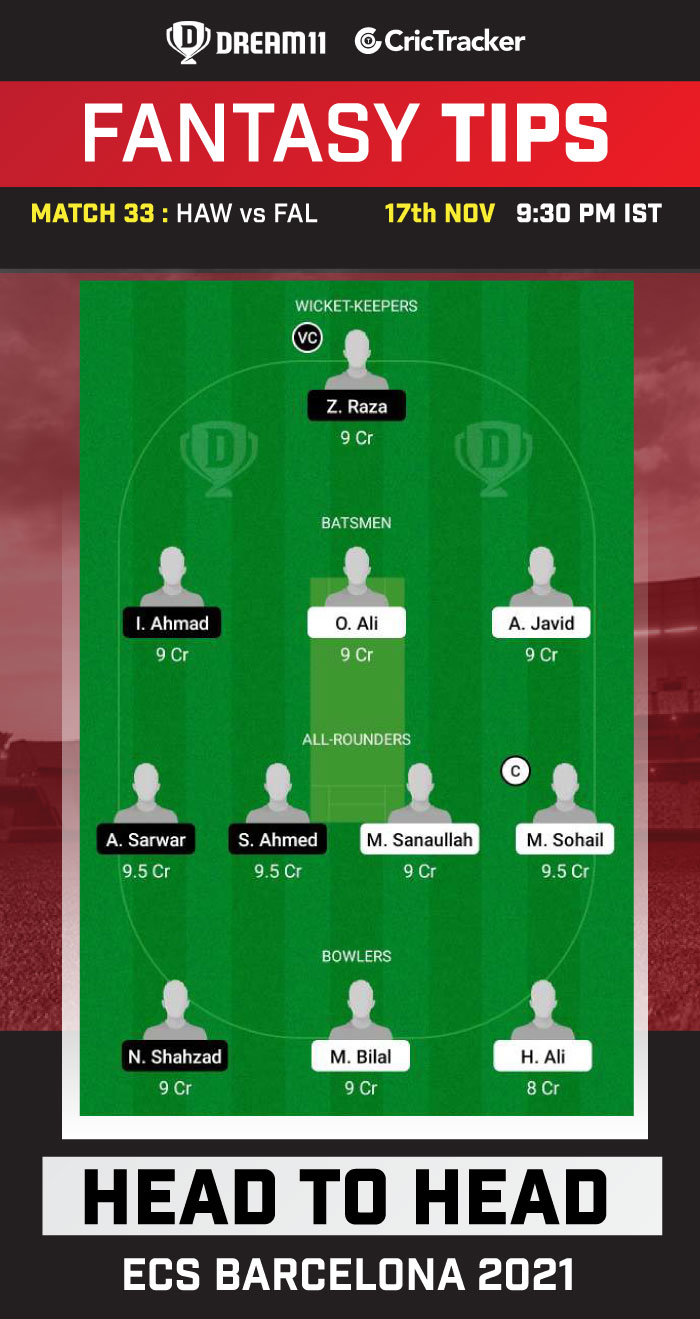 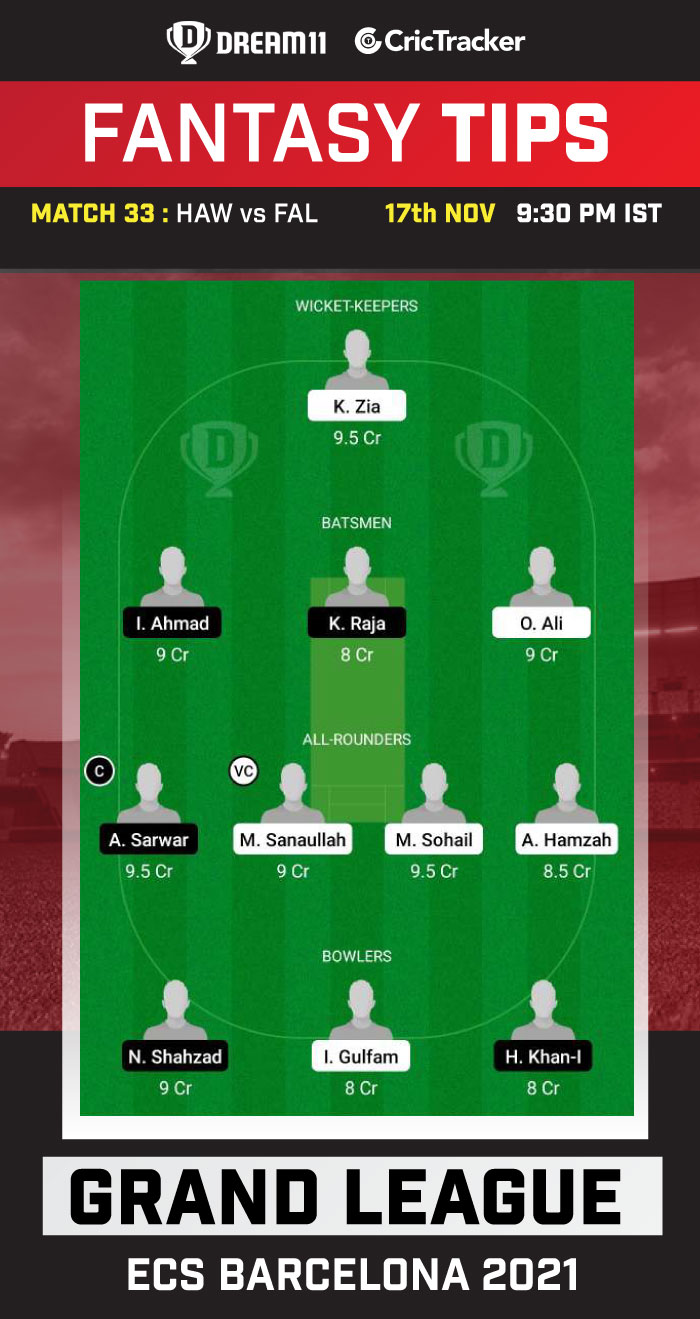