Hira Sabadell is going to take on the Hawks in the 34th match of the ECS Barcelona 2021 on Thursday. Hira Sabadell had the worst tournament till now, having won only one out of 6 matches they played. There are slight chances for them to qualify for the playoffs only if they win the remaining matches in the competition.

Hawks, on the other hand, taking the field for the second time, as they have to meet Falco in the first match of the day. So far in this tournament, the Hawks have won 3 out of the six matches they play and are relying on the 5th spot in the league table. Hence, we can expect a competitive battle between these two teams on Thursday.

Probable Playing XIs for HIS vs HAW:

Top picks for HIS vs HAW Dream11 Match:

Sufian Ansar has been a decent batsman for Hira Sabadell in this tournament. He has scored 113 runs from 6 games and picked 3 wickets as well.

The skipper of the side, Shanawar Shahzad is the other player to be picked up from the Hira Sabadell team. He has taken 6 wickets and scored 34 runs for his team.

The highest run-getter for Hawks, Muhammad Sohail is a must-have player in your fantasy team. In his six outings, he piled up 84 runs at an average of 42 and took 3 wickets as well.

With the ball, Muhammad Sanaullah has been the best for the Hawks. He has bagged 9 wickets at an economy of well below 7.

Suggested Playing XI No.1 for HIS vs HAW Dream11 Fantasy Cricket: 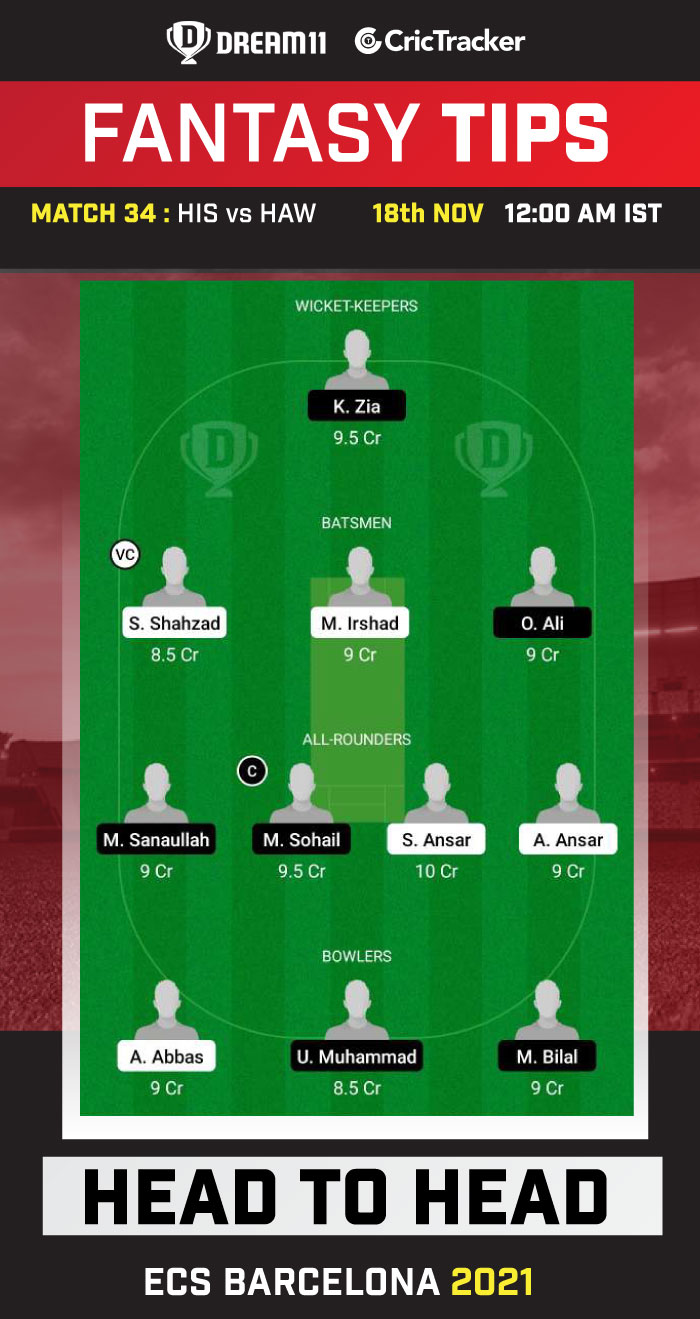 Suggested Playing XI No.2 for HIS vs HAW Dream11 Fantasy Cricket: 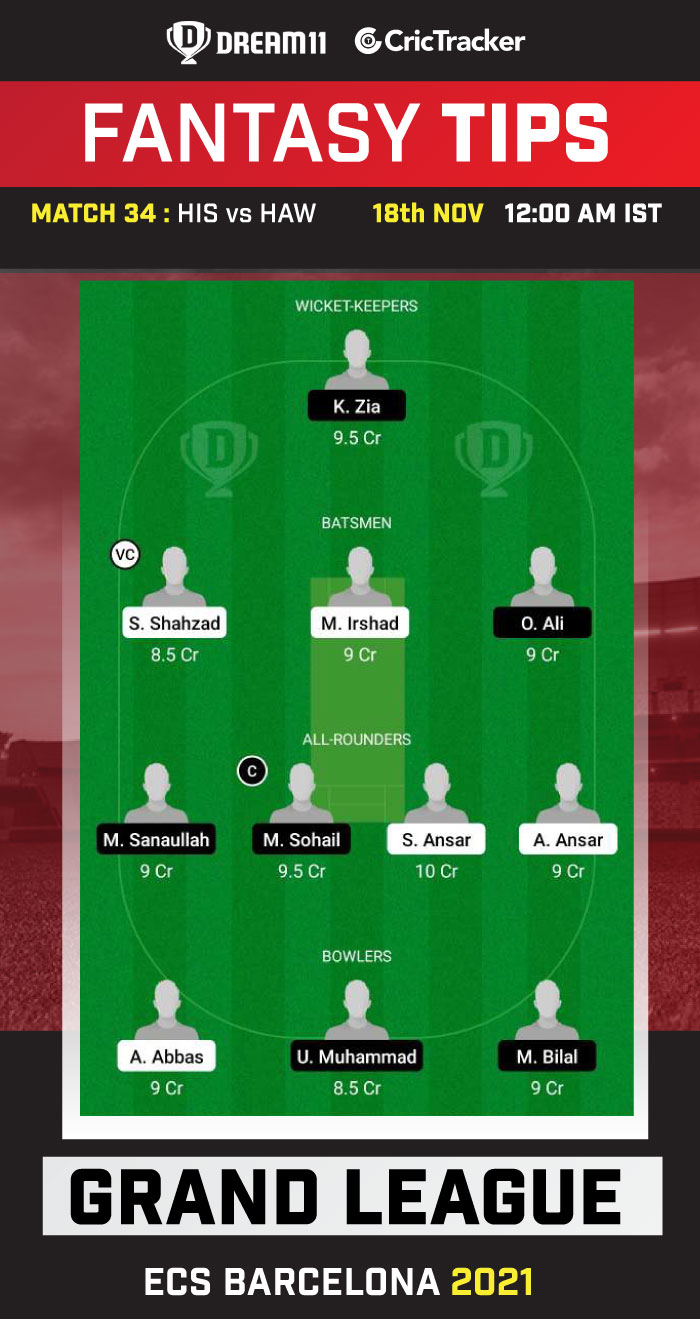 Today’s HIS vs HAW Probable Winners: