Gracia will be up against Montcada Royal in the 36th match of the ECS Barcelona 2021. Gracia lost their previous battle against Falco, as they failed to chase the total of 125 runs posted by the opposition. However, they have had a good time in this tournament, having won 4 out of the seven matches, with one match being abandoned. With that, Gracia are reeling on the 3rd spot in the team standings.

Talking about Montcada Royal, they haven’t played to their true potential in this season. After playing six matches, Montcada Royal managed to win only one and lost three games, with two has been called off. They need to bounce back and should have to win the remaining matches to get a chance in the playoffs.

Gurwinder Bajwa has been consistently performing with the bat for the Gracia team. He has piled up 156 runs at an average of 39, with the strike rate hovering above 170.

Mukhtiar Singh is the other player to be picked in your fantasy team. He has scored 99 runs with a strike of 210.63 and picked up a wicket as well.

Arif Majeed would be a good pick for your fantasy teams. He has picked 3 wickets in his previous outing and could get more in the upcoming match.

Hamza Saleem is a must pick player from the Montcada Royal team. He notched up 97 runs at an average of around 25 and got 2 wickets to his name. 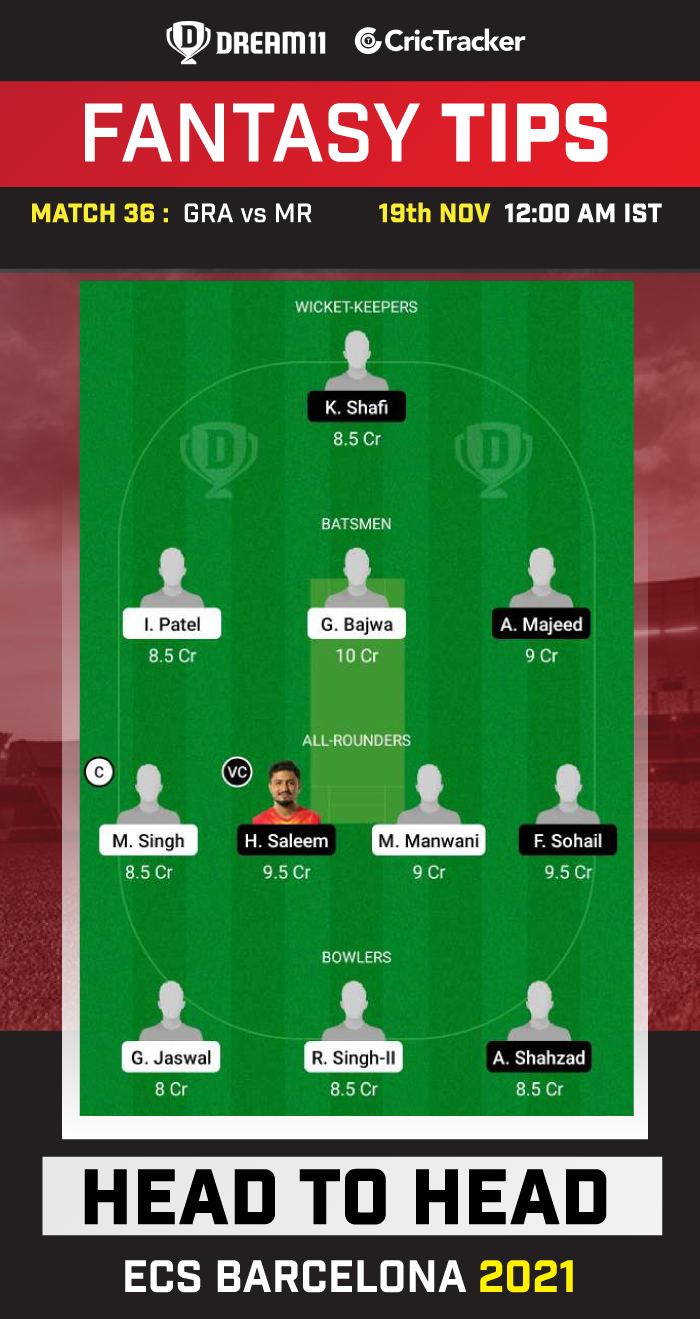 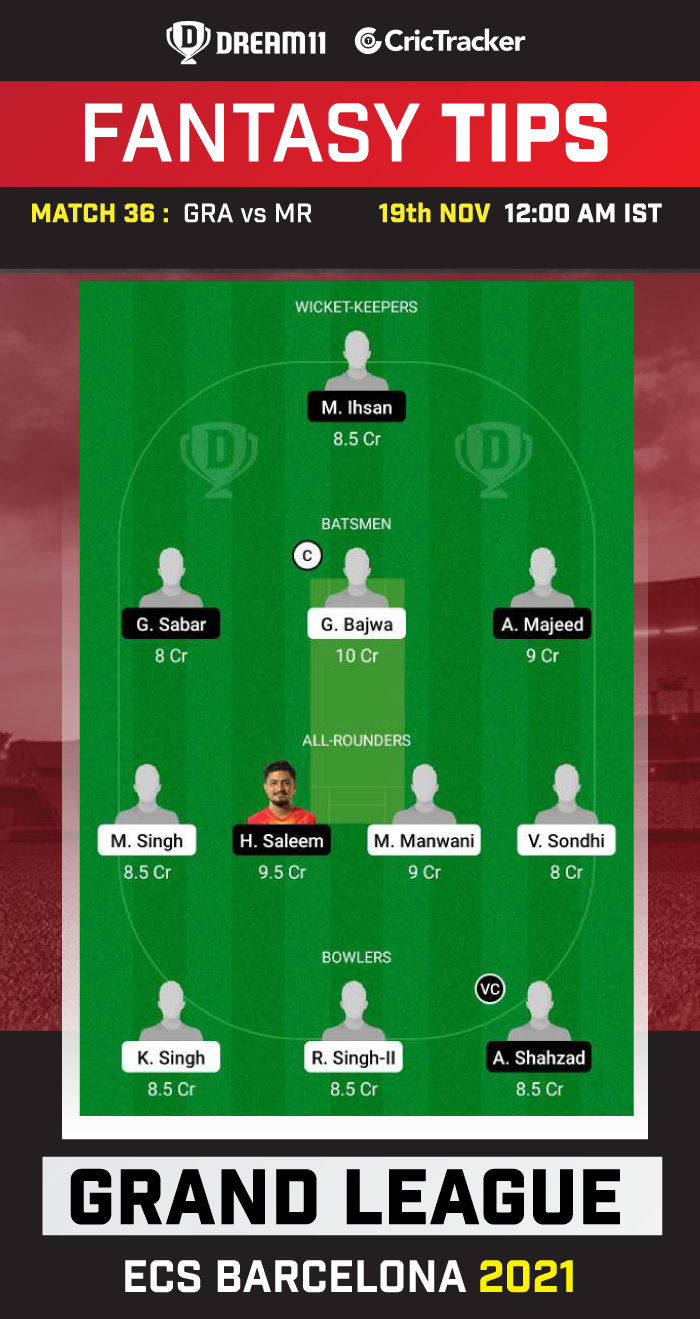