Sir Oliver Split are searching for their first win in this tournament.

Ljubljana, on the other hand, didn’t start well in this tournament as they lost their first two matches against Belgrade. They made an excellent comeback and won their next 2 matches against Split India Brodosplit by 6 runs and 41 runs. There has been a drastic change in the performances in the last couple of matches and they will be hopeful of continuing the same.

The score of 100 runs plus has never been chased in this tournament. Unlike other European surfaces, scoring runs at a brisk rate is quite a hectic job for the batters here in Resnik Cricket Ground. Batting first is always a safe option here.

R Ashwin has been rewarded for reviving his white-ball skills: Virat Kohli

Ornob Masum has contributed reasonably well for Sir Oliver Split with both bat and ball. In 4 matches, he has scored 43 runs and picked up 3 wickets as well.

Shoaib Siddiqui has scored the most runs for Ljubljana in this tournament. In 4 matches, he has smashed 130 runs at an average of 32.5 and a strike rate of 158.53. Siddiqui picked up 2 wickets as well.

Ayush Pandey is a decent buy for your fantasy. In 4 matches in this tournament, he has managed to score 32 runs at a strike rate of 133.33 and has also picked up 3 wickets at an economy of 7.6.

SOS vs LJU Must Picks for Dream11 Fantasy Cricket: 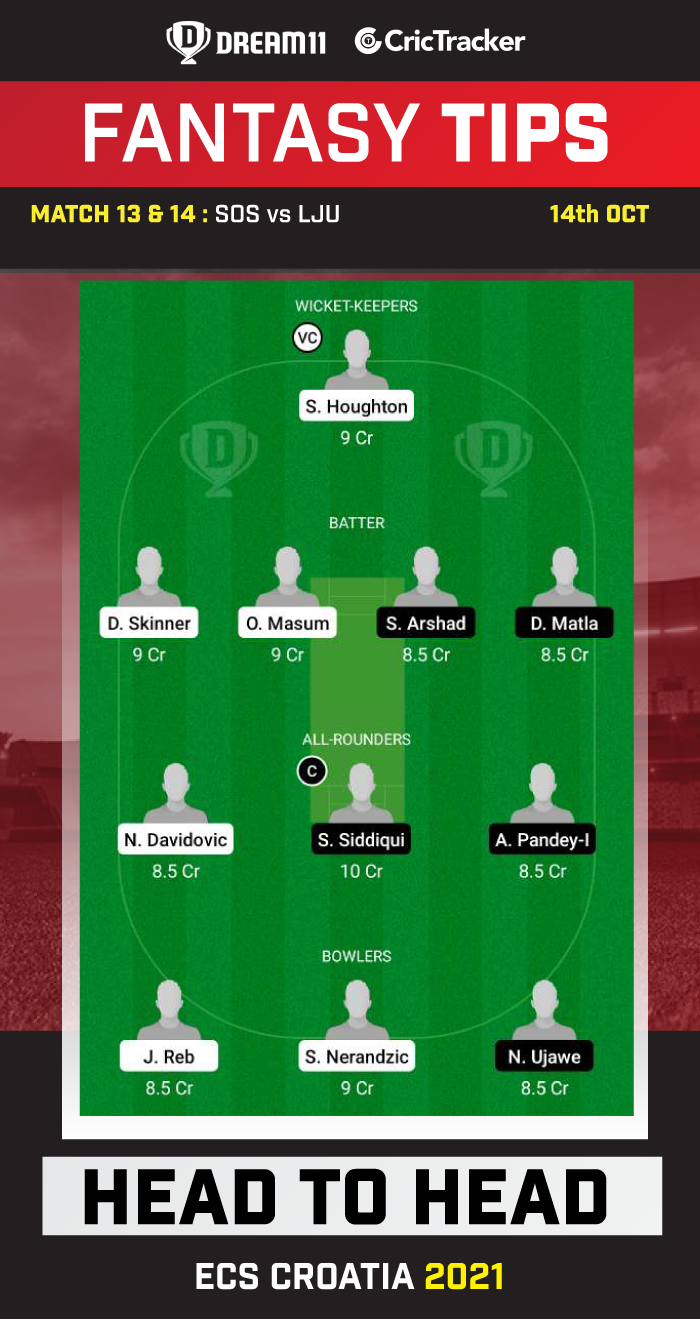 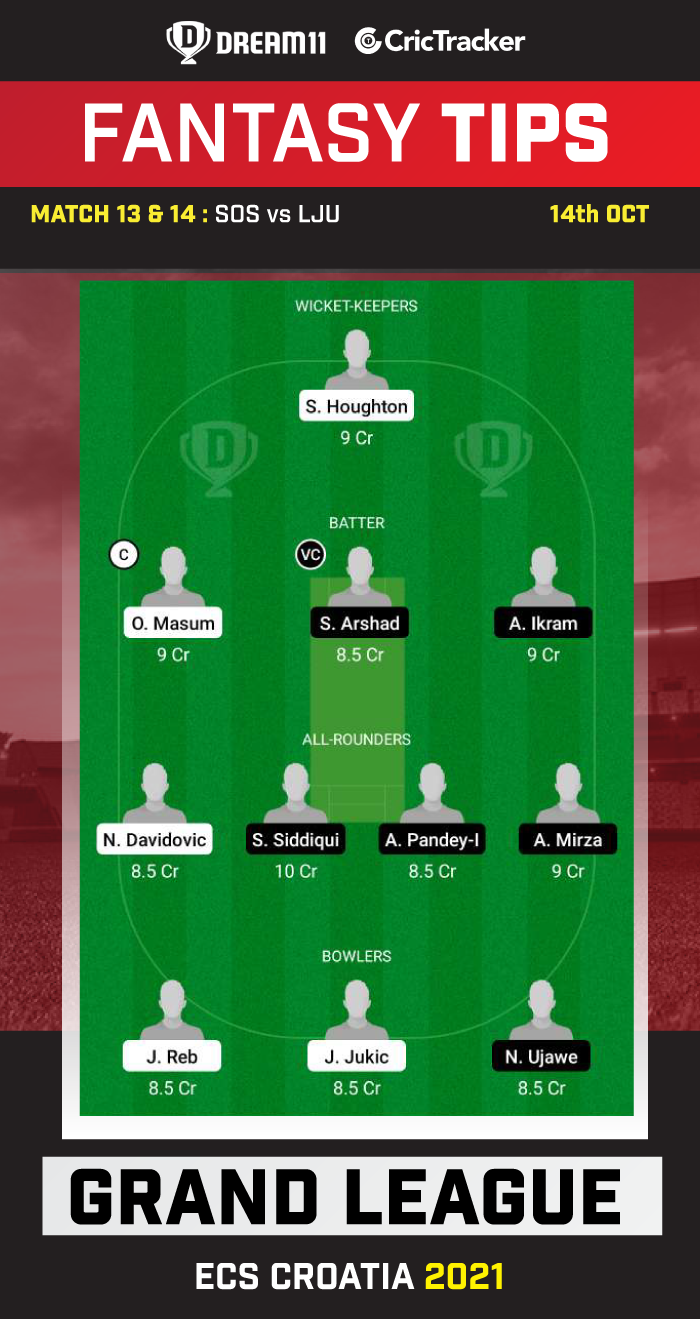 Ljubljana are expected to win both matches.