Mehran Khan is striking at the rate of 238.29 in this tournament.

Nicosia Tigers will square off with Cyprus Moufflons in the 25th and 26th matches of the ECS Cyprus 2021. Nicosia Tigers started this tournament well, having won the first 5 matches on the trot. However, they were completely outplayed by the table-toppers Black Caps in their next 2 matches by 7 wickets and 9 wickets. They have placed themselves at the second spot in the standings with 9 points.

Cyprus Moufflons have had a contrasting tournament so far. With 2 wins and 2 losses, they are at the fifth spot in the standings with 4 points. They have more chances of climbing up the table if they do win any one of these matches against the Tigers. They have lost one only wicket in the last 2 matches, which shows they are a strong batting unit.

The team’s chasing will always have an upper hand in this format, since containing runs on this wicket is quite difficult for the bowlers, having said anything more than 100 is quite hard to chase.

Zeeshan Mehamood has scored 208 runs in 7 matches which is the most for Nicosia Tigers in this tournament and has also scalped 5 wickets at an economy of 7.3.

Roman Mazumder is another player who has the ability to win matches for the Tigers. In 6 matches in this tournament, he has scored 113 runs at a strike rate of 171.21 and has scalped 3 wickets as well.

Mehran Khan has been totally remarkable in this tournament. In only 2 matches, he has smashed 112 runs at a strike rate of 238.29 and is yet to be dismissed.

Chamal Sadun is a good all-round cricketer who can change the course of the game at any point of time. So far in this tournament, he has scored 98 runs at a strike rate of 208.51 and has also scalped 4 wickets at an economy of 9.

NCT vs CYM Must Picks for Dream11 Fantasy Cricket: 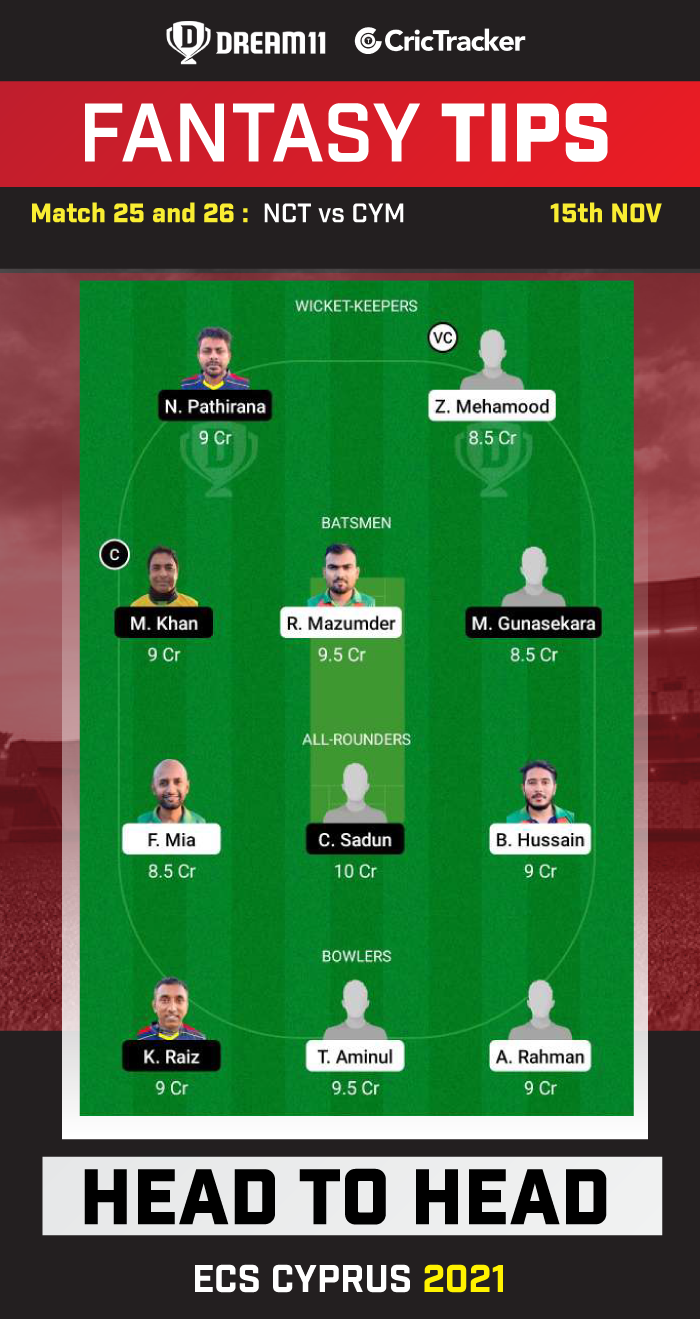 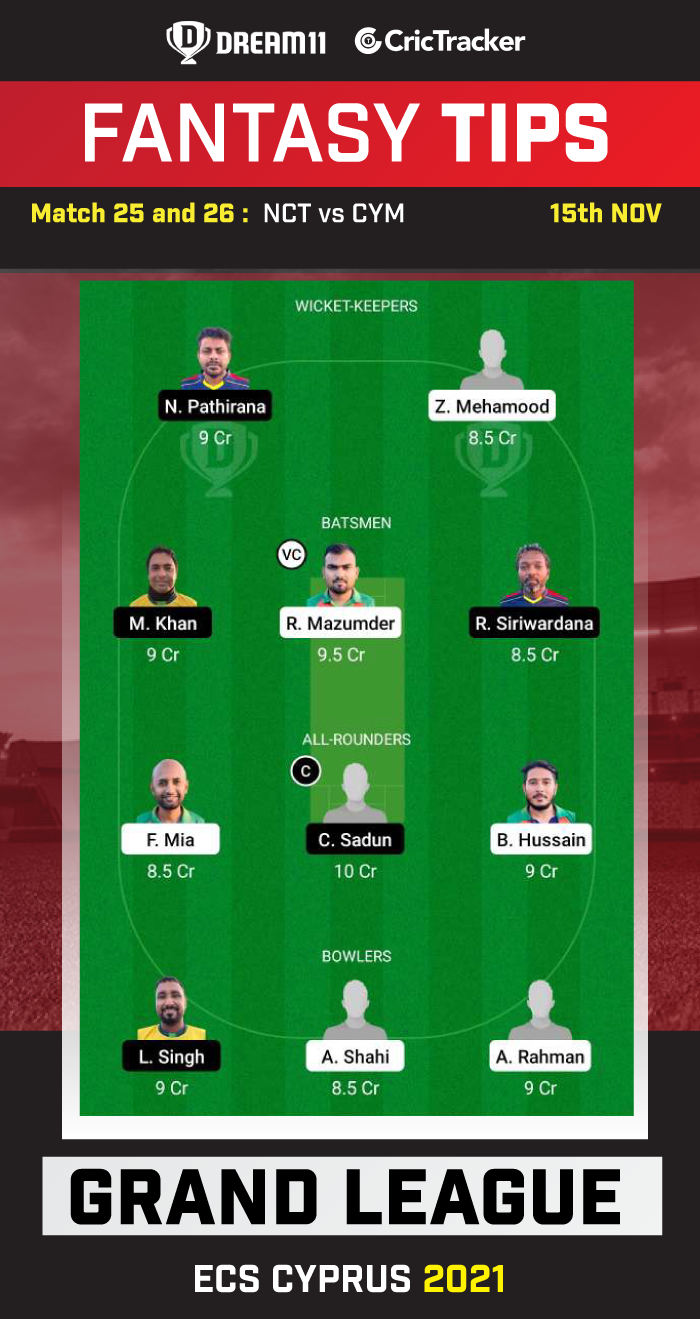 Nicosia Tigers are expected to win both matches.