It's advisable to include 4 all-rounders in your Dream11 fantasy teams.

On Monday, Limassol Zalmi will go head-to-head against Haidree Lions in the 27th and 28th matches of the ECS Cyprus 2021. Limassol Zalmi started off with a flyer with two back-to-back wins over Nicosia Fighters, however, 4 losses in their next 4 games made them push down the table. They gave a tough fight in their last 2 matches against Nicosia Tigers but couldn’t get past the winning line.

Haidree Lions, on the other hand, have played only 2 matches so far in this tournament where they have won one and lost the other one. They placed themselves at the bottom of the table with only 2 points to their name. Jeevan Lasmal and Yasir Mehmood are the players to watch out for them.

The astroturf wickets always assist the batters more than bowlers and we witnessed the same throughout this tournament. No score is safe on this venue and still batting first is a good option.

Umar Shah has been brilliant for Limassol Zalmi in this competition. In 6 matches, he has racked up 153 runs at an average of 30.6 and has also chipped in with 2 wickets as well.

Jeevan Lasmal has already impressed with his extraordinary batting skills in the first 2 matches. He has scored 86 runs at an average of 86 with a strike rate of 179.16.

Yasir Mehmood is a match-winner for Lions, in 2 matches in this tournament, he has added 63 runs at a strike rate of 233.33.

LIZ vs HAL Must Picks for Dream11 Fantasy Cricket: 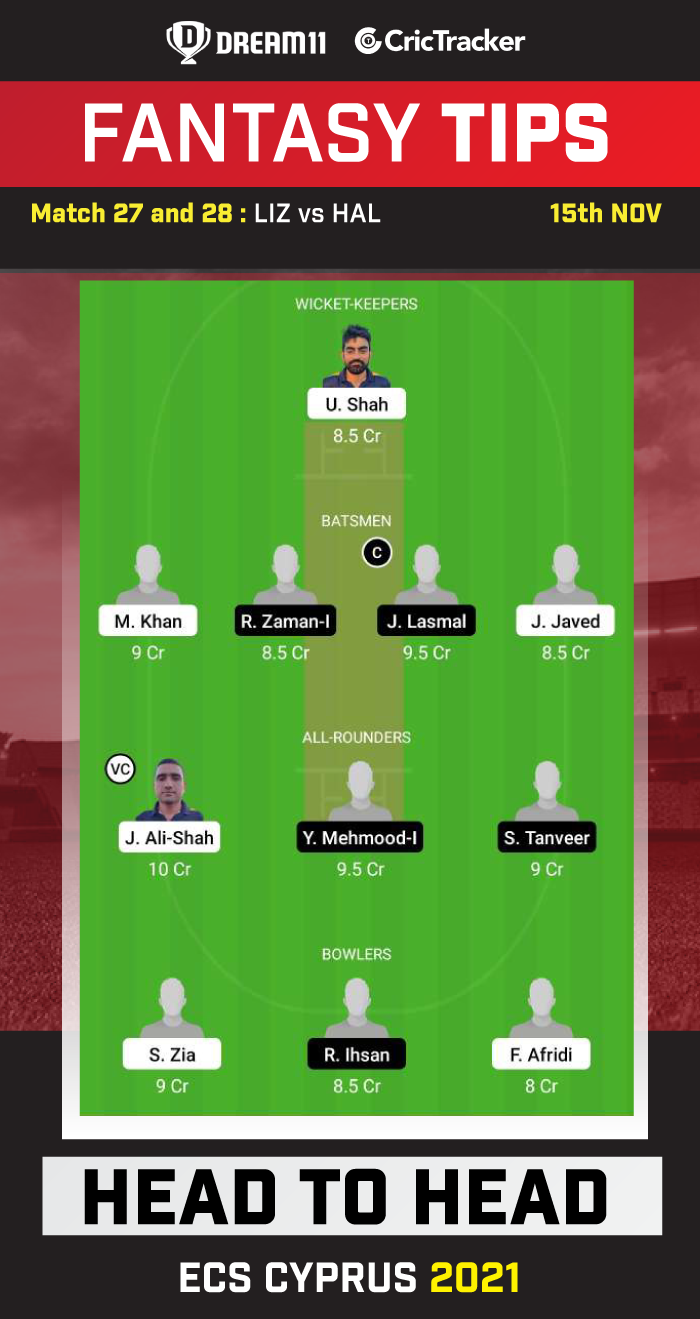 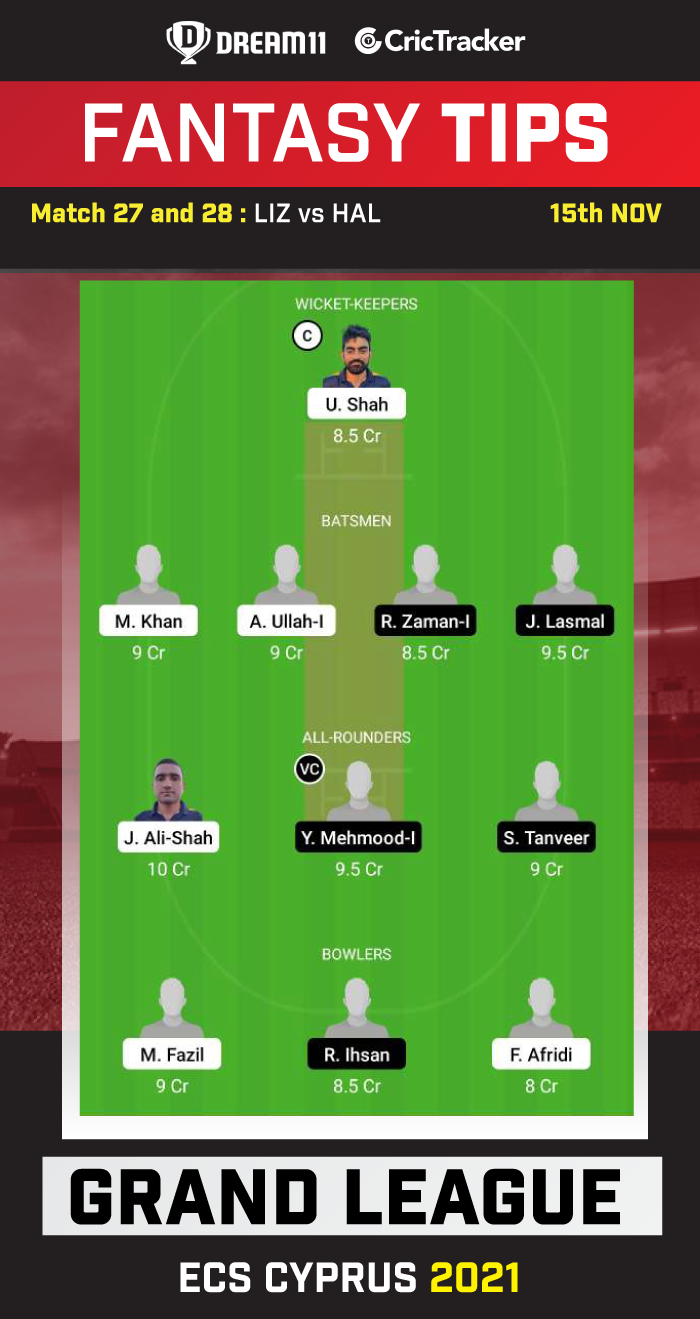 Limassol Zalmi are expected to win both matches.