Cyprus Moufflons have played some good cricket in this tournament. However, they lost both the matches against the Black Caps by 5 wickets and 37 runs. They will be looking to bounce back in the upcoming fixture against Limassol Zalmi.

Considering the previous matches played on this venue, the surface looks fairly a balanced one with equal assistance for both batters and bowlers. Anything over 100 is a good competitive score on this wicket.

Jawad Ali-Shah has been exceptional with his all-round performances in this tournament. He notched up 268 runs with a strike rate of 227.11 and has also scalped 8 wickets at an economy rate of 8.07.

Umar Shah is a talented all-rounder and could be a good buy for your fantasy teams. He notched up 220 runs from 9 matches and has also managed to pick 2 wickets.

Chamal Sadun has been the best in business for Cyprus Moufflons in the ongoing competition. He has scored 197 runs at an average of 65.66 and has also scalped 8 wickets with the ball.

Waqar Ali is a must-have player in your fantasy teams. He has bagged 12 wickets and is the second-highest wicket-taker of the tournament. 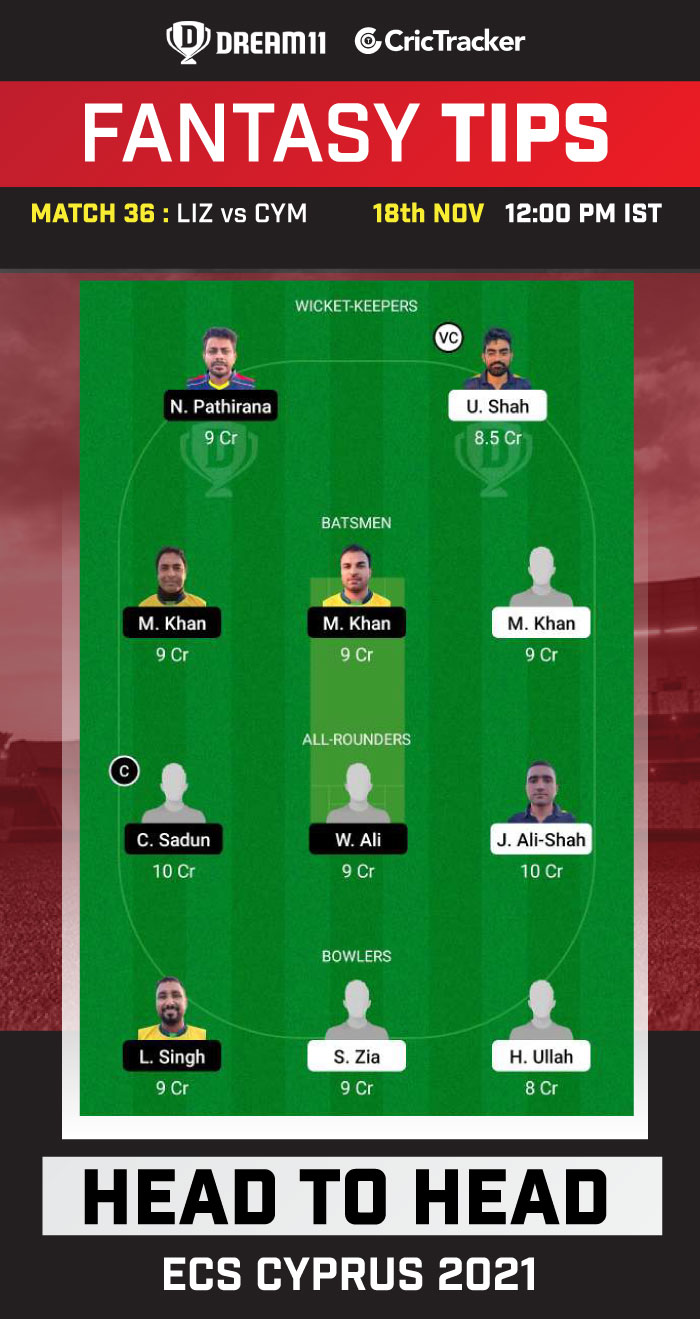 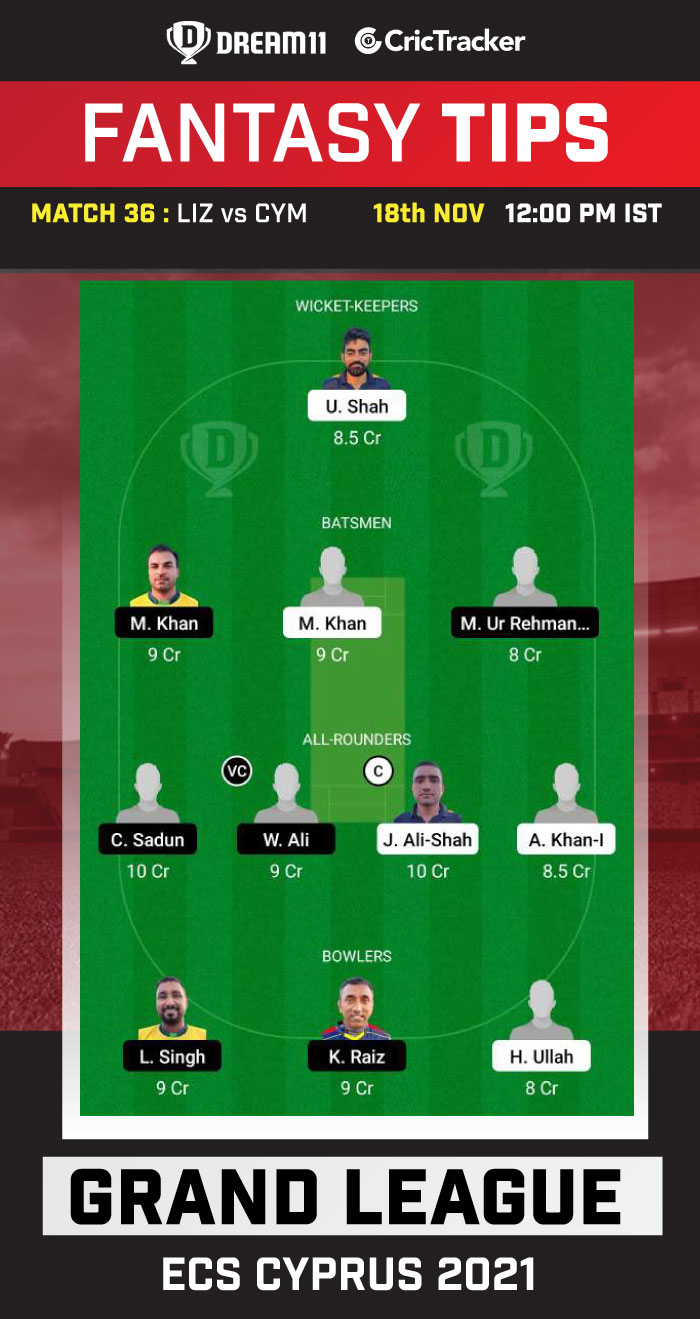