Cyprus Eagles are expected to win this match.

Cyprus Eagles will be up against Limassol Zalmi in the 39th and 40th match of the ECS Cyprus 2021 on Friday. Cyprus Eagles have played ten matches in the tournament so far and have won 4 out of that. They are positioned on the 5th spot with 8 points in their bag.

Coming to Limassol Zalmi, they have secured 4 victories from ten matches they have played so far in this competition. The team is just behind their opposition, Cyprus Eagles, with 8 points in their account. Heading into this match, both the teams will be looking to give their best to move ahead on the league table.

Rajasekhar Poluri was superb with the bat and the ball in the previous match against Haidree Lions. He scored 44 runs, including 3 boundaries and 4 sixes. He also picked up 2 wickets for his team.

Naresh Kumar has been the best in business with the ball for Cyprus Eagles. He has bagged 11 wickets and even scored 67 runs in the tournament so far.

For Limassol Zalmi, Jawad Ali-Shah remained as the top contender in both batting and bowling. From seven matches, he mustered 268 runs and scalped 8 wickets, with the best figures reading 3 for 11.

Umar Shah is the other must-have player in your fantasy teams. He notched up 220 runs at an average of 31.42 and took 2 wickets to his name. 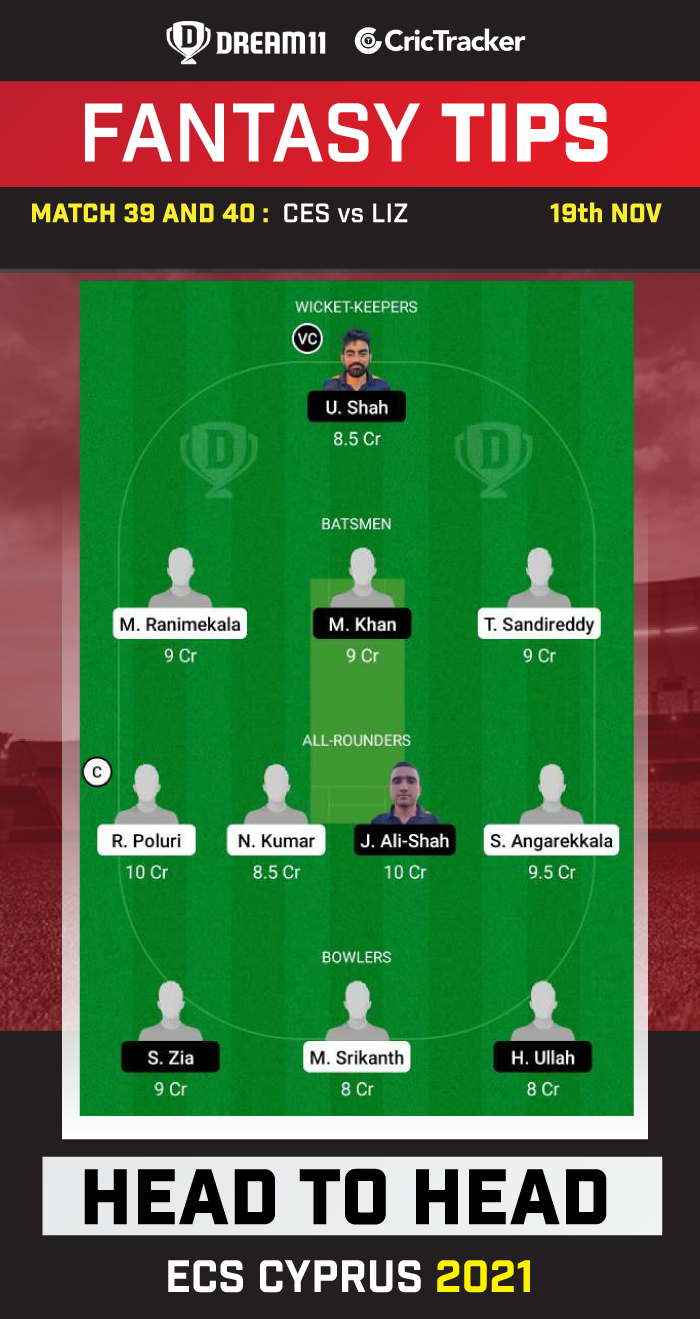 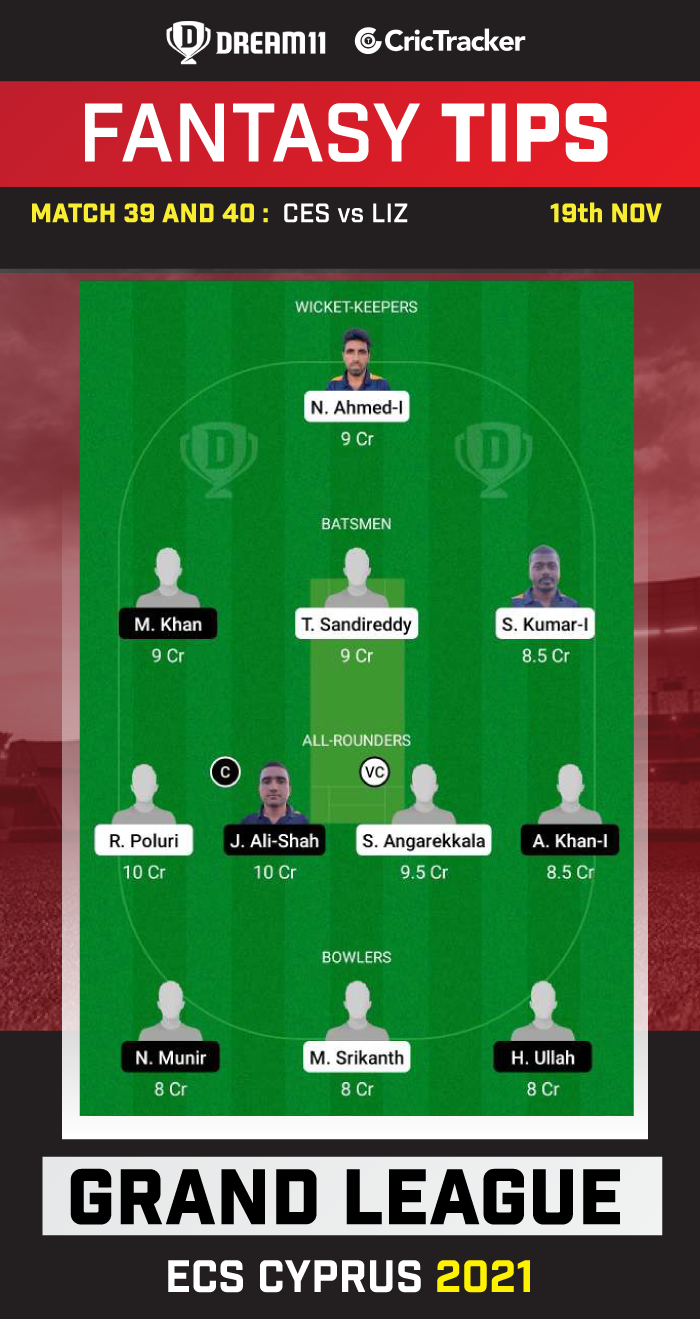 Cyprus Eagles are expected to win this match.