Ahmer Ali has been in decent format and he was picked as vice-captain by only 8 percent people. With his consistent run, he can be opted as a multiplier.

The Match 23 of the European Cricket Series T10 in Malmo is all set to be played between the Evergreen Cricket Club and the Malmo Cricket Club at the Limhamnsfaltet Cricket Ground.

The match is scheduled to start at 01:30 PM Local Time (05:00 PM IST) and can be live-streamed through FanCode.

ECC and MCC will be playing the Shield Final of the competition on Friday, both the teams are placed third in Group A and Group B of the points table. In group games, ECC won just two of their four games and MCC won just one game in four matches.

The full game is expected to happen with a 26-degree celsius mark.

Pitch is expected to assist both bowlers and batsmen.

(Will be updated when there’s any news) 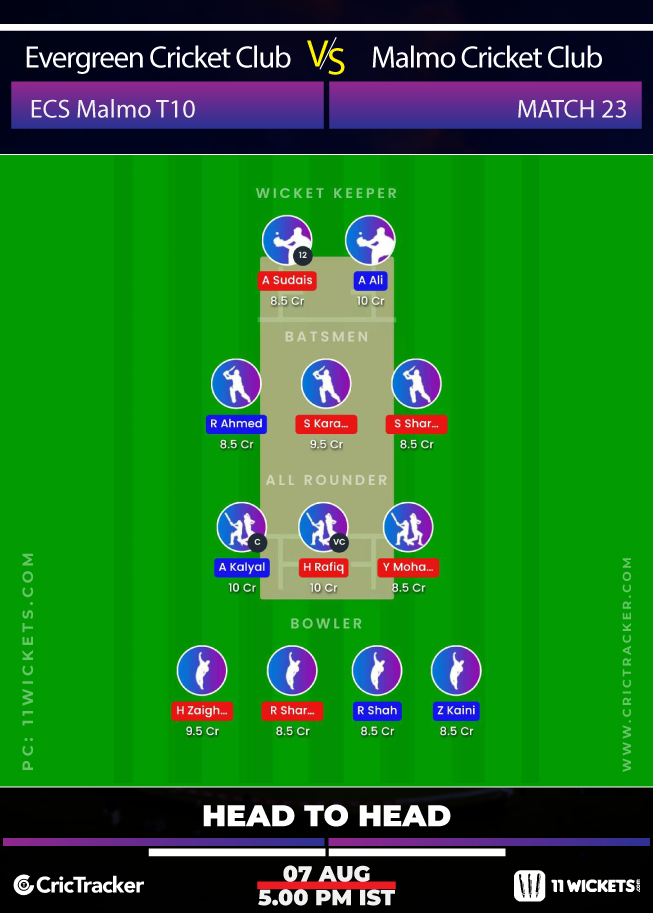 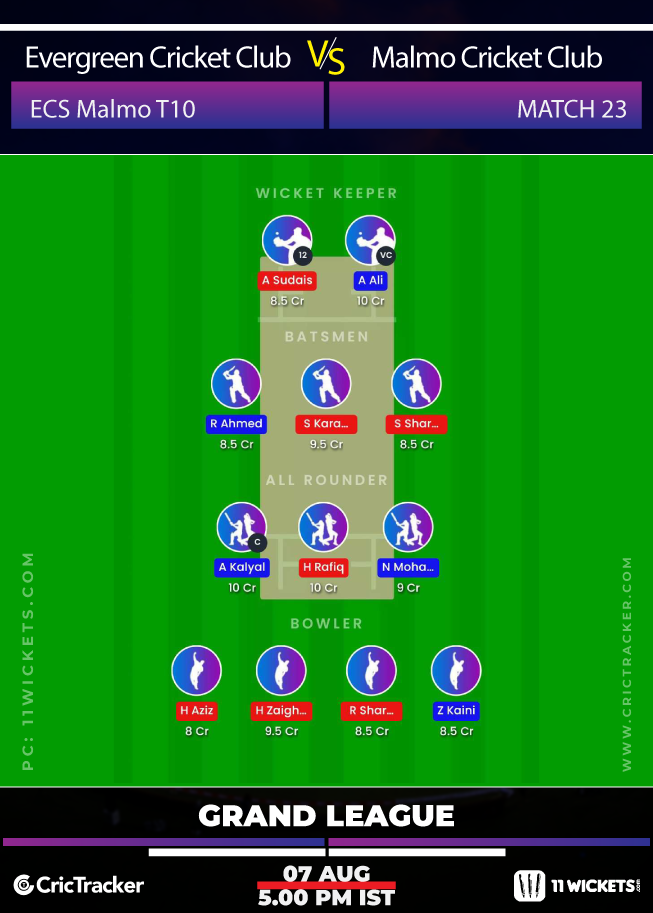 Ahmer Ali has been in decent format and he was picked as vice-captain by only 8 percent people. With his consistent run, he can be opted as a multiplier.

Evergreen Cricket Club is expected to win this match.