Ganesh Swaroop and Dattu Appaji are the best C and VC options for this match. 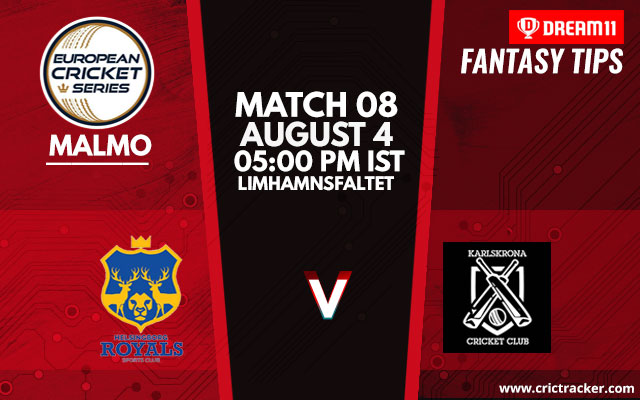 The 8th match of ECS T10 Malmo is all set to be played between the Karlskrona Cricket Club and the Helsingborg Royals Sports Club at the Limhamnsfaltet Cricket Ground.

They defeated the Malmo Kings Cricket Club by a margin of 9 wickets, which is impressive by any standards. In this match, it will be interesting to see if the Helsingborg Royals are able to bring the level of performance to the field that will be required from them to get past the Karlskrona Cricket Club.

Tuesday is expected to be a day with overcast conditions, just 10 per cent chance of precipitation, with the temperatures being around the 19 degree Celsius mark.

The first day of the tournament saw no team breaching the 100-run mark, which means that there is not going to be a run-fest happening on this surface any time soon.

Dattu Appaji has been in red hot form with the ball in this tournament. Just two matches in, and he has 5 wickets to his name and he has given just 28 runs in 4 overs, and a bowling strike rate of 4.80.

Abinash Panda in the two matches he has played in the tournament has scored 76 runs, maintaining a strike rate of 116.92. His average currently stands at 76 runs and adding to this are the three wickets that he has taken too.

Sameer Sidhanti with two wickets and 26 runs to his name in two games is looking good and his past records in domestic T20 matches show that the best of his performances are yet to come and it may very well be this match that he shows what he is capable of doing.

Ganesh Swaroop has taken three wickets in two matches and has given away just 17 runs, which by the standards of the T10 tournaments are nice numbers. He looks in good touch with the ball and is expected to do well in this match.

SL vs IND: Here is what Rahul Dravid told Dasun Shanaka on field during the 3rd ODI 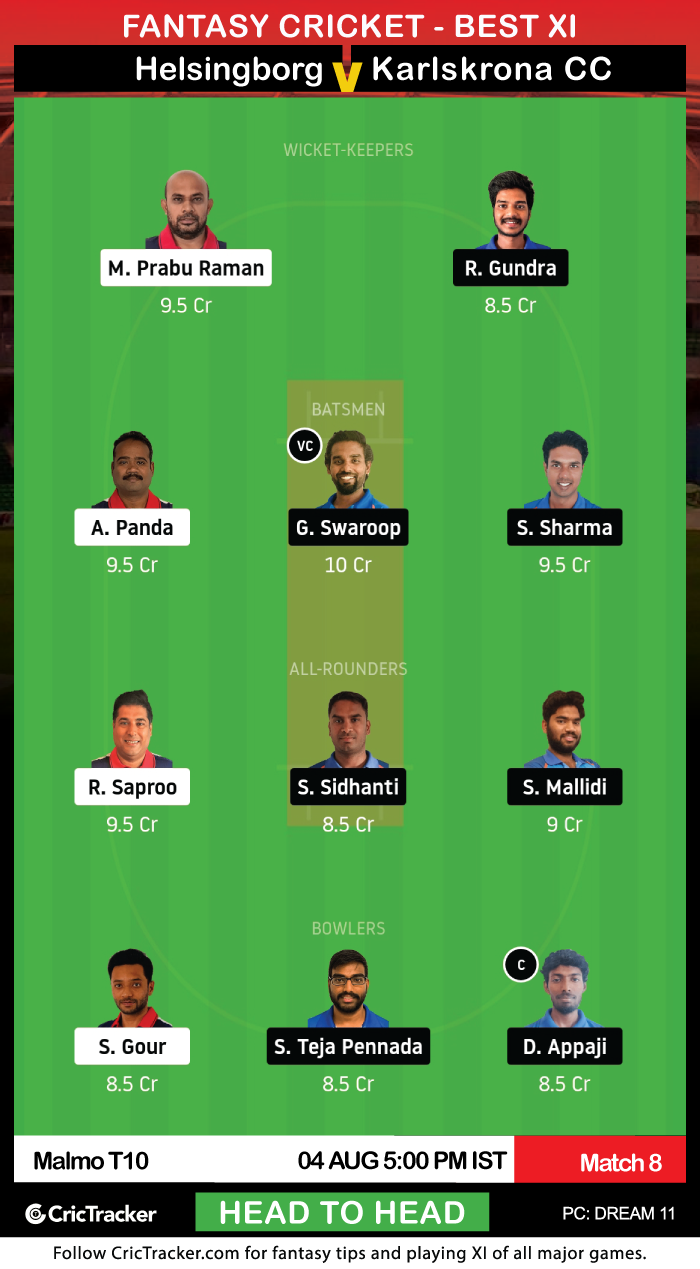 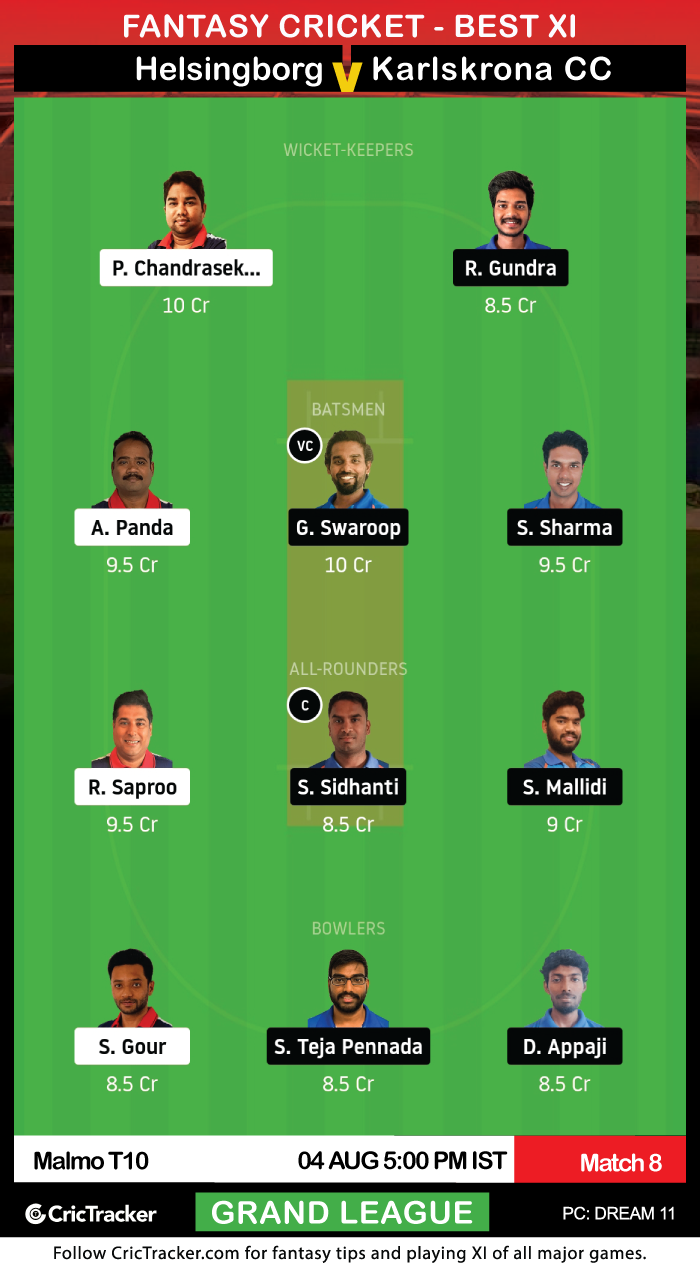 Picked in just 7.88 per cent of fantasy teams at the time of writing, Prasanjit Behra has a lot of potential in him, a glimpse of which he showed in the match he played for his team earlier. And, his records in the domestic T20, 151 runs and 19 wickets in 16 matches, are a testament to the fact that he is a must pick in the fantasy teams.

Karlskrona Cricket Club is expected to win their third match on the trot.