Overseas are expected to win this match.

Mater Dei are going to take on the Overseas in the 11th and 12th match of the ECS Malta 2021 on Wednesday. They have shown their best on the second day of the tournament. Mater Dei lost their first match against Msida Warriors as they failed to defend the total of 81 runs posted by them. However, they bounced back well in the next match and this time, they defeated the opposition by 6 runs.

Overseas, on the other hand, have got the same start as Mater Dei. In their first battle against Bugibba Blasters, Overseas went on to chase the target of 92 runs posted by the opposition. But things changed in the second match, as Bugibba Blasters walked off with a 7-wicket triumph. Hence, we can expect a tight battle between these two teams on Wednesday.

Azeem Sathi is a talented all-rounder and could be a good buy for your fantasy teams. He has scored 35 runs and picked 2 wickets with the ball.

Rupan Das is the other player to be picked up from the Master Dei team. He has scored 40 runs from his two outings and will be looking to aggregate more in the upcoming fixture.

Charl Kleine-Punte is a must-have player in your fantasy teams. He has scored 87 runs from two matches and picked up a wicket as well.

Sean Bryce has batted well in the previous match against Bugibba Blasters. He scored 60 off just 26 balls, including 3 boundaries and 6 sixes. 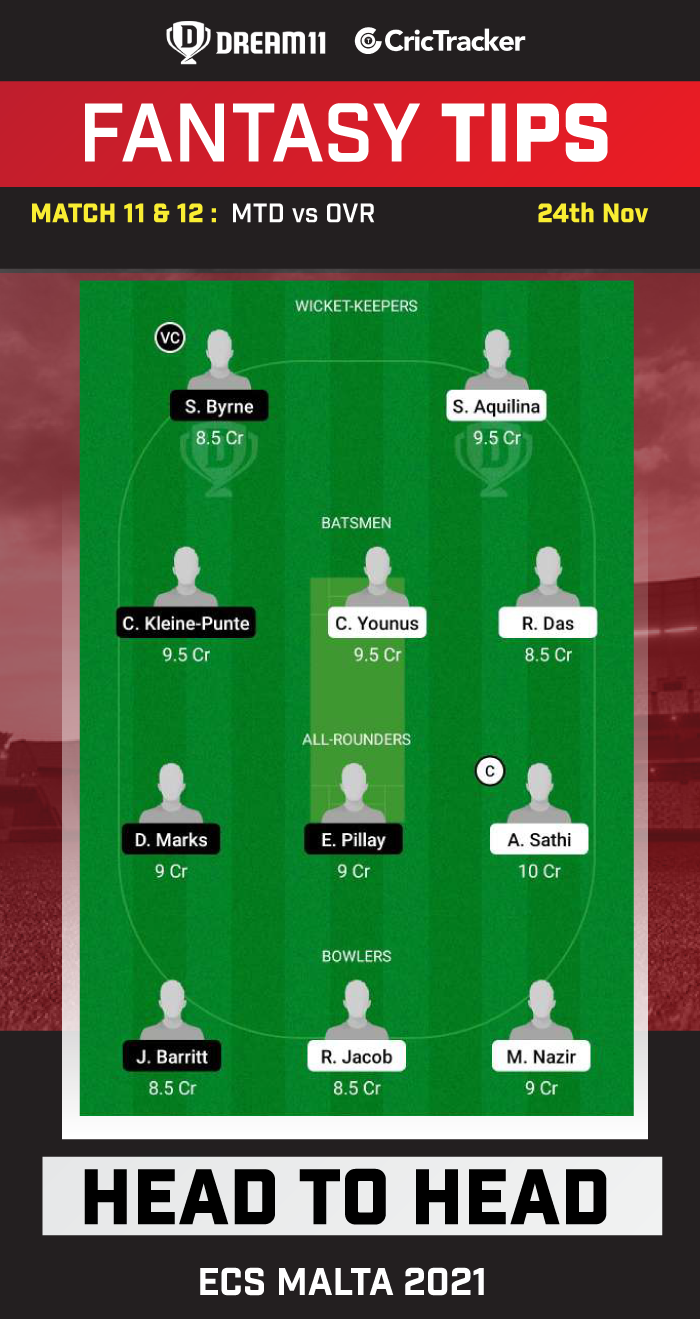 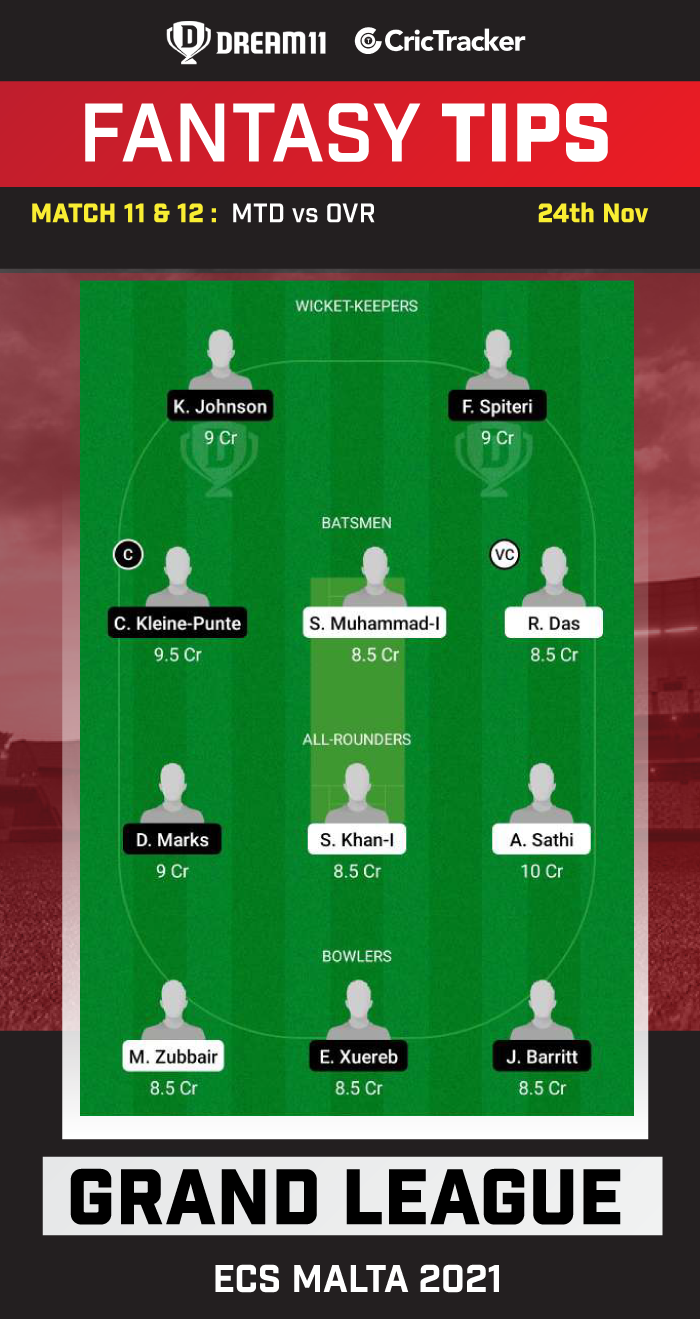 Overseas are expected to win this match.