Bugibba Blasters are expected to win this match.

Bugibba Blasters will be up against Mater Dei in the 13th and 14th match of the ECS Malta on Thursday. Bugibba Blasters got a decent start in this tournament on the opening day. They lost their first match against Overseas and went on to conquer the second one by chasing the target of 117 runs posted by the opposition.

On the other side, Mater Dei also had a decent outing during the second day of the league. They won their first encounter against Msida Warriors by 6 runs. But the opposition outplayed them in the next match and walked away with a 9-wicket triumph. Hence, we can expect a competitive battle between these two teams on Thursday.

As usual, the wicket will tend to favour the batters and there is less space for the bowlers to contain runs. Having said that, the bowlers are doing an exceptional job in picking wickets, especially in the second innings.

Gaurav Maithani has batted well throughout the innings for Bugibba Blasters in the previous match. He scored an unbeaten 77 off 30 ball, which included 6 boundaries and 7 sixes.

Faiz Ullah would be a good buy for your fantasy teams. He piled up 73 runs in the first two matches, with the highest score of 52*.

Azeem Sathi is a must pick player from the Master Dei camp. In two matches, he scored 125 runs and has also taken 7 wickets with the ball.

Muthu Mutuk has been consistently picking wickets for his team. He has scalped 8 wickets from as many games he played. 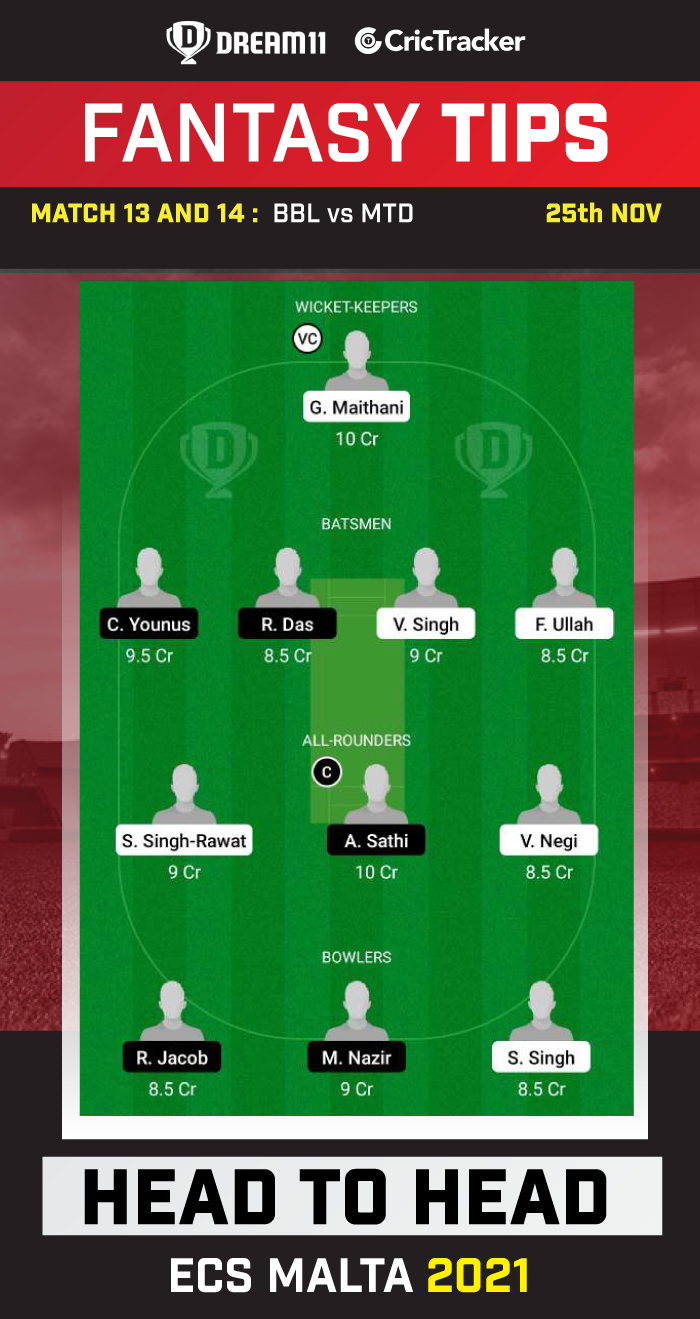 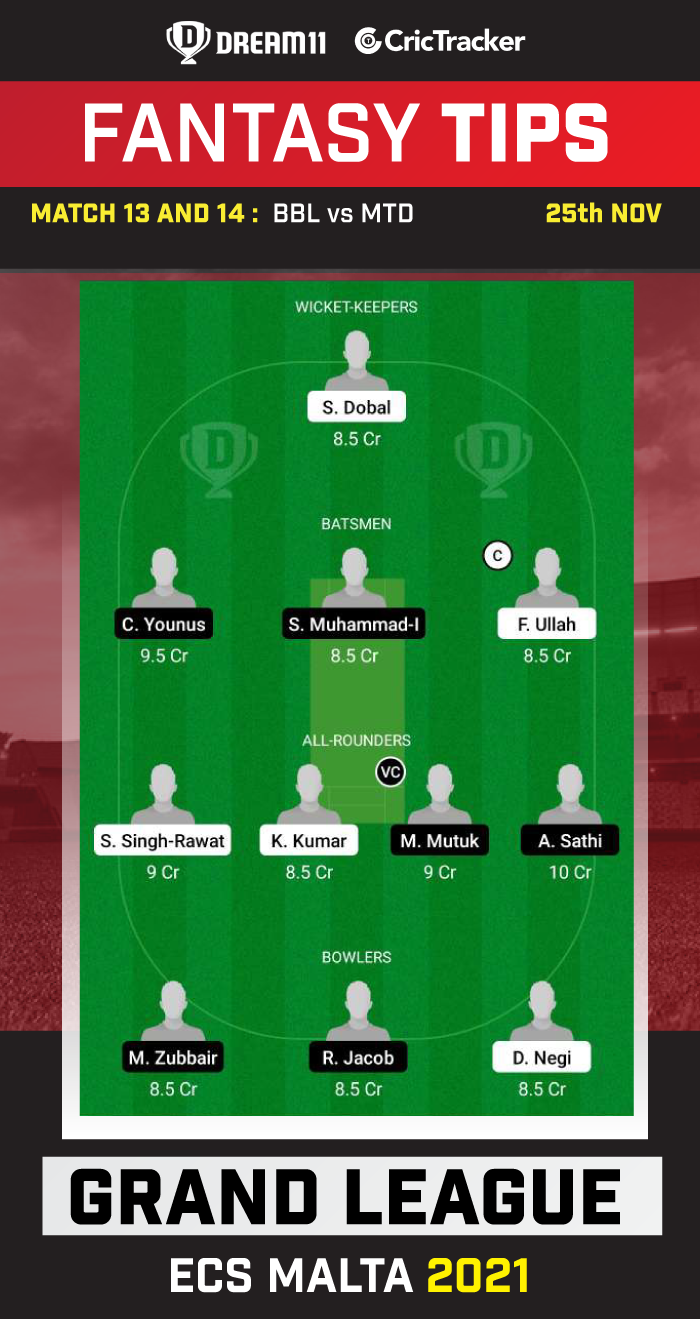 Bugibba Blasters are expected to win this match.