Both sides are still waiting for their 1st win in this tournament.

Royal Strikers will be up against Gozo in the 33rd and 34th matches of ECS Malta 2021 on Wednesday. Royal Strikers are coming into this match on the back of 4 consecutive losses. They were nowhere close to victory in any of those matches and lost by massive margins. They struggled as a batting unit and must score more runs if they want to survive in this tournament.

Gozo on the other hand had to rethink what went wrong in the initial stages of the tournament. They have lost all 4 matches in a convincing manner. Massive improvements have to be made in all the departments if they want to qualify for the further stages.

It’s a flat batting wicket with little help for the seamers. The boundaries are way too short on either side and the batters need to utilize this in favor of them. Anything over 90 is a good score on this wicket.

Kushlesh Koppaka is the only batter from Royal Strikers who has shown some intent. In 4 matches he has added 48 runs at a strike rate of 129.73 and even picked up a wicket as well.

Rubin James has scalped 5 wickets in 4 matches in this tournament which is the most for Royal Strikers. He is the go-to bowler for skipper Savio Thomas.

Aji Wilson is a good pick for your fantasy teams in the all-rounder’s slot. In 4 matches in this tournament, he has added 27 runs and picked up 2 wickets.

Sandeep Sasikumar is a useful pick for your fantasy teams. In 4 matches, in this tournament, he has picked up 4 wickets.

RST vs GOZ Must Picks for Dream11 Fantasy Cricket: 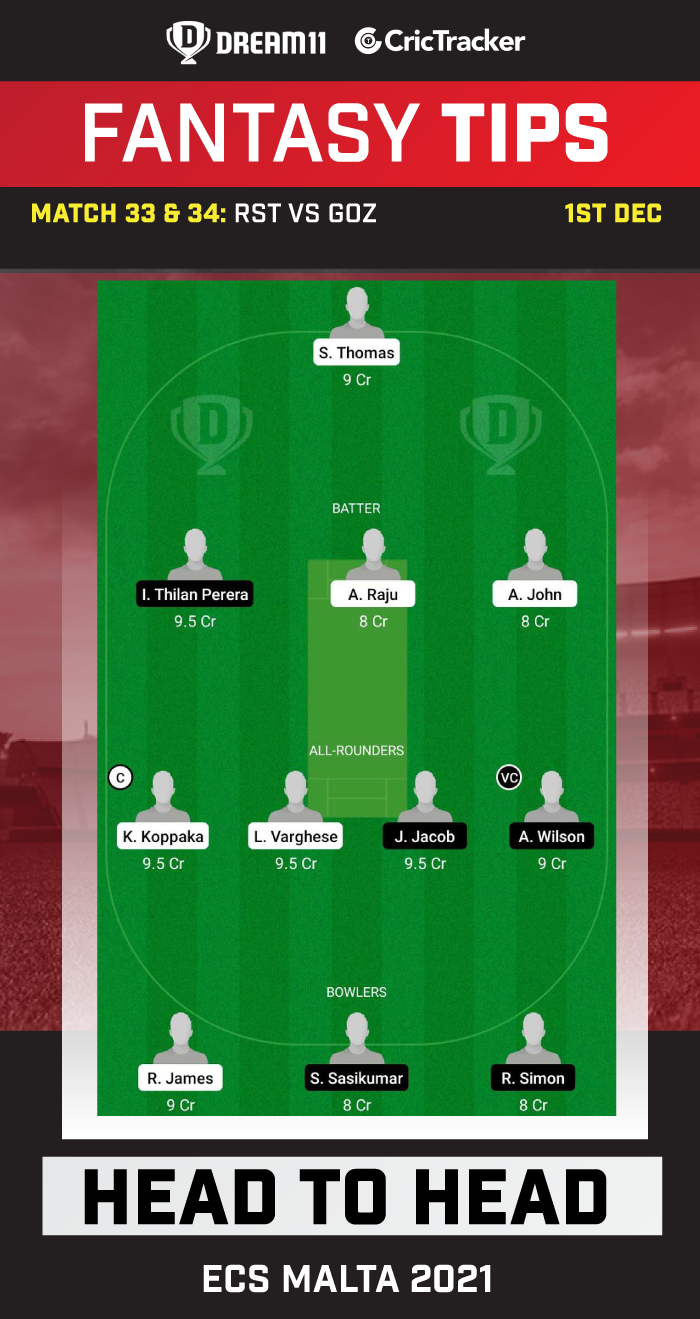 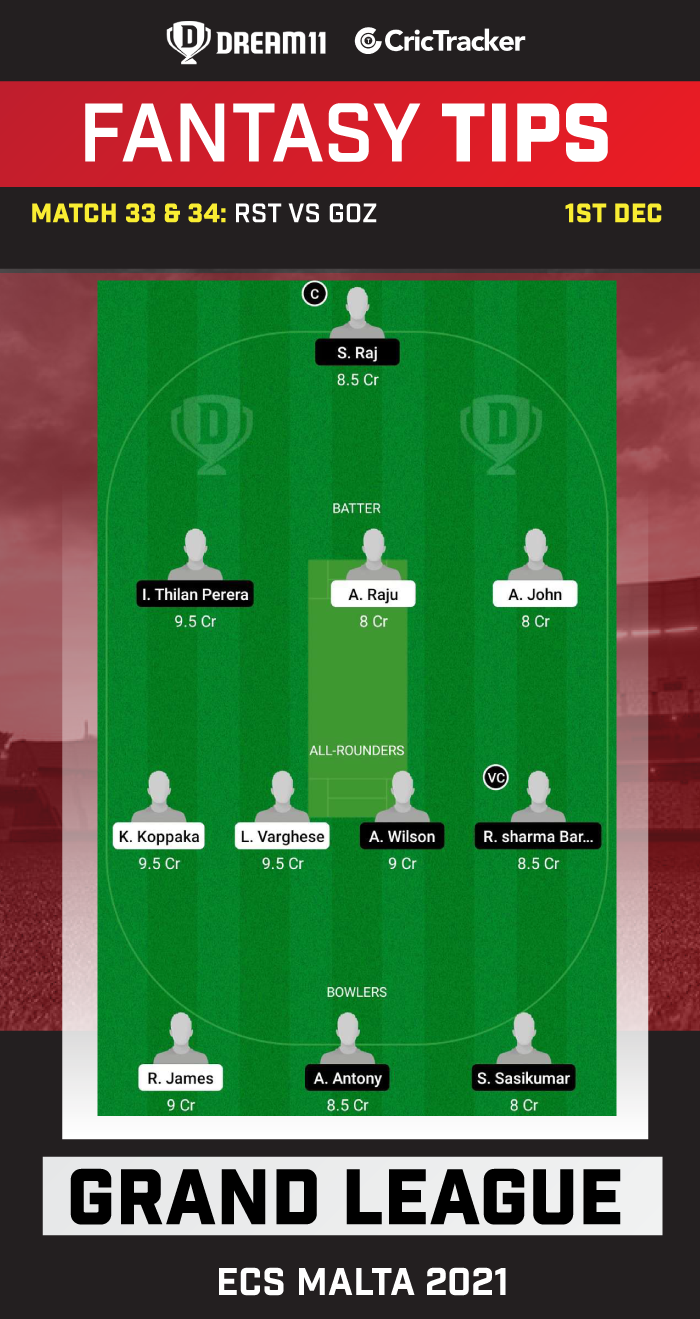 Royal Strikers are expected to win both matches.