It is advisable to pick 4 all-rounders in one of your Dream11 fantasy teams.

Marsa will go one on one against Gozo in the 37th and 38th matches of the ECS Malta 2021. Marsa needs to win one of their remaining two matches to confirm their quarter-final spot. They had a reasonable tournament so far. With 2 wins, 3 losses, and a no-result they placed themselves at 3rd spot in the Group B standings with 5 points. They kept their knockout chances alive with two back-to-back wins against Royal Strikers.

Gozo, on the other hand, are having a tough time in this tournament. They are in deep trouble at the moment considering their position in the standings. They must win their last 2 matches to give themselves a chance to qualify for the knockouts. With one win and 5 losses, they are placed at the 4th spot in the Group B standings with 2 points.

We witnessed 4 interesting games on Wednesday. It’s not a cakewalk for the team batting second to comfortably chase the targets here. The par score on this wicket is between 90-100 and whoever wins the toss should bat first.

Also Read: We’ve played three best teams this year, it has given us good preparation for World Cup: Mithali Raj

MS Dhoni wanted me to learn from mistakes, gave me a lot of freedom: Hardik Pandya

Fanyan Mughal is the top performer with the bat for Marsa. In 5 matches in this competition, he has scored 81 runs at a strike rate of 184.09 and even picked up 2 wickets at an economy of 6.75.

Skipper Haroon Mughal is the pick of the bowler for Marsa in this tournament with 5 wickets in 5 matches. He is even a handy customer with the bat as well and has added 27 runs in 4 innings.

Senthil Raj is justifying his role quite well. He has scored 65 runs in 5 innings in this competition at a strike rate of 130.

Aji Wilson is a useful all-rounder. He has managed to score 35 runs and picked up 4 wickets so far in this tournament.

MAR vs GOZ Must Picks for Dream11 Fantasy Cricket: 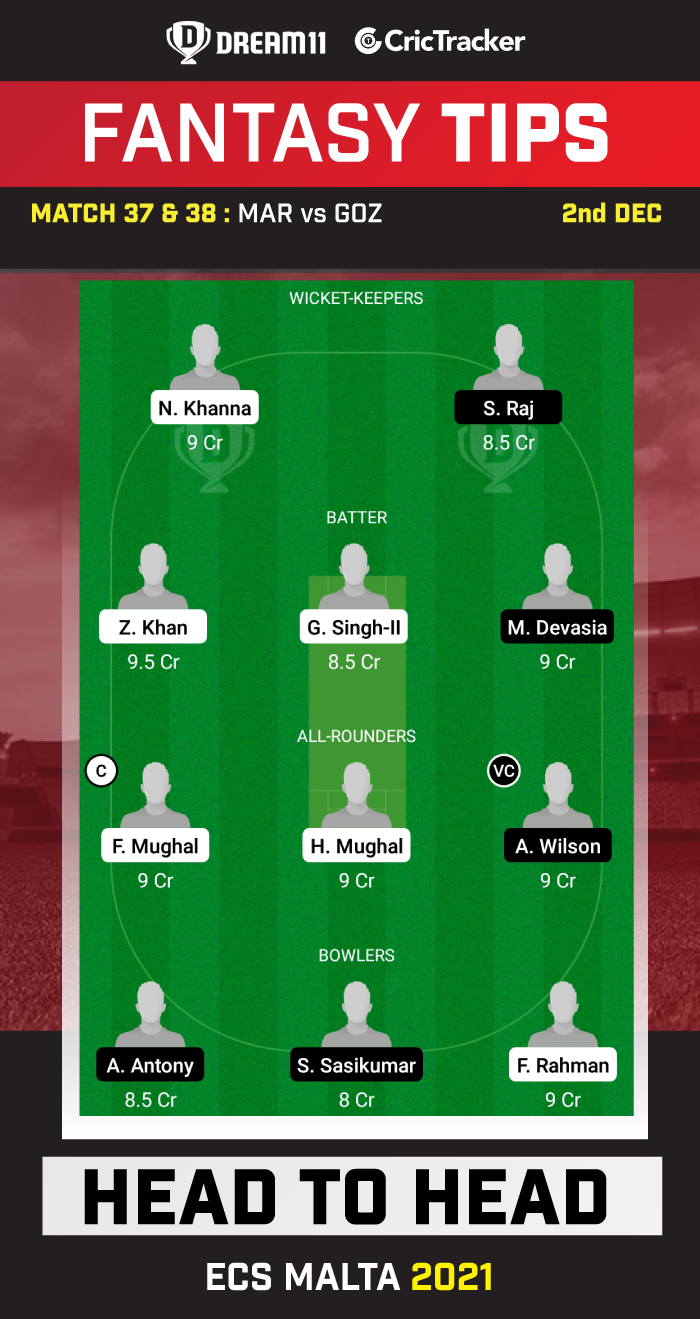 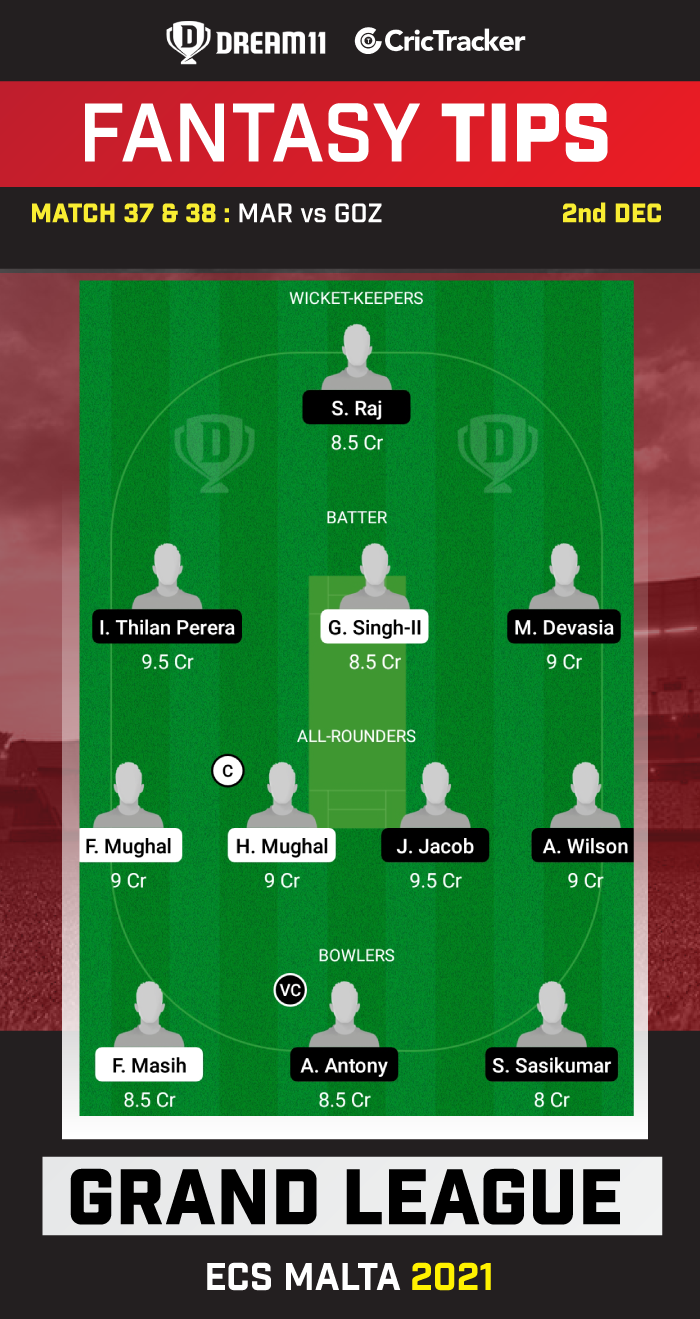 Marsa are expected to win both matches.