Royal Strikers have put themselves in a must-win situation.

Atlas UTC Knights will go head-to-head against Royal Strikers in the 39th and 40th matches of the tournament. Atlas UTC Knights have already made their way into the knockouts. They lost their previous match against the American University of Malta by 8 wickets. With 4 wins, one loss and a no result they are at the second spot in the standings with 9 points.

Royal Strikers are in a spot of bother at the moment, as their qualification for the Quarter-Finals still hangs in balance. They must win their last 2 matches to give themselves a chance. A difficult task is ahead of them as they are facing one of the top sides in the tournament. With one win and 5 losses, Strikers are placed at the bottom of the Group B standings with 2 points.

It’s still an excellent wicket to bat on, the bowlers need extra additional skills to trouble the batters. There is some help for the quick bowlers, and they need to utilize it in favor of them. Anything over 90 is a match-winning score on this surface.

Also Read: We’ve played three best teams this year, it has given us good preparation for World Cup: Mithali Raj

Avinash Dileep had a great outing against American University of Malta on Wednesday where he scored 68 runs. Overall in 5 innings in this tournament, he has amassed 102 runs with the highest score of 34.

Kushlesh Koppaka has performed reasonably well with both bat and ball in this tournament. In 6 matches, he has struck 66 runs at a strike rate of 122.22 and scalped 3 wickets at an economy of 10.38.

Savio Thomas hasn’t performed to his best in this tournament, but he still has scored 45 runs in 6 matches and has picked up a wicket as well.

AUK vs RST Must Picks for Dream11 Fantasy Cricket: 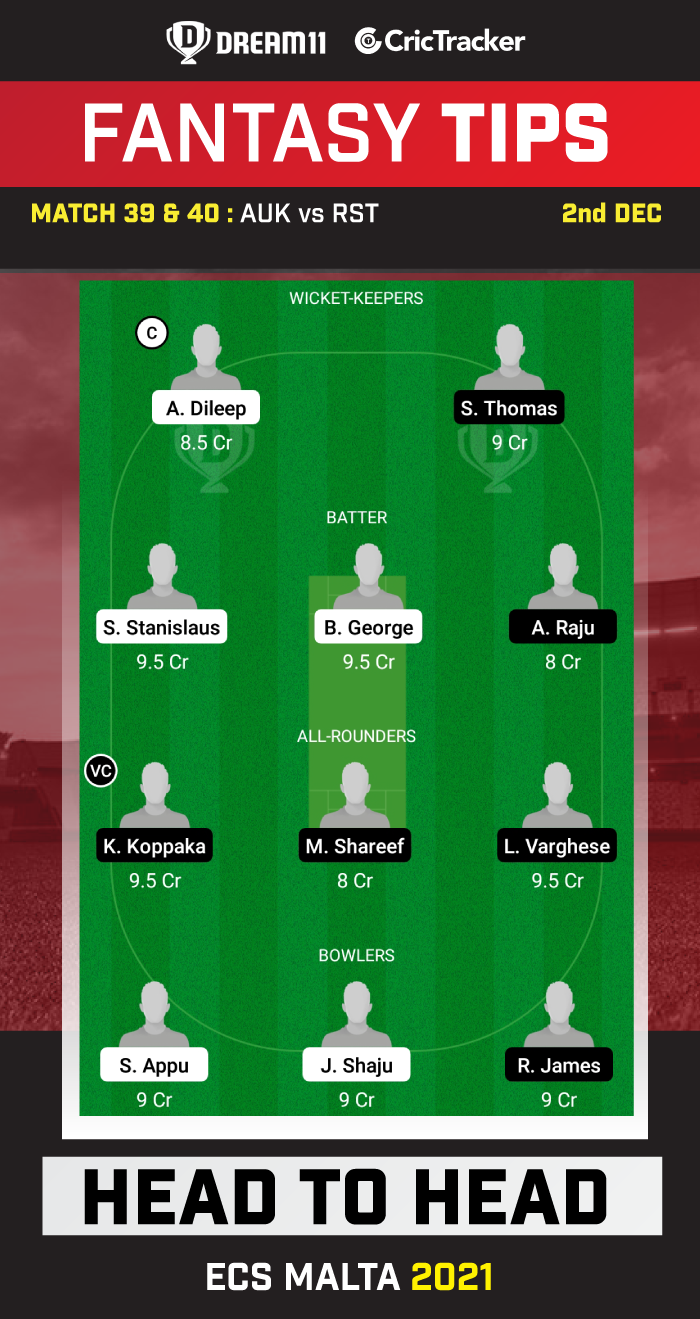 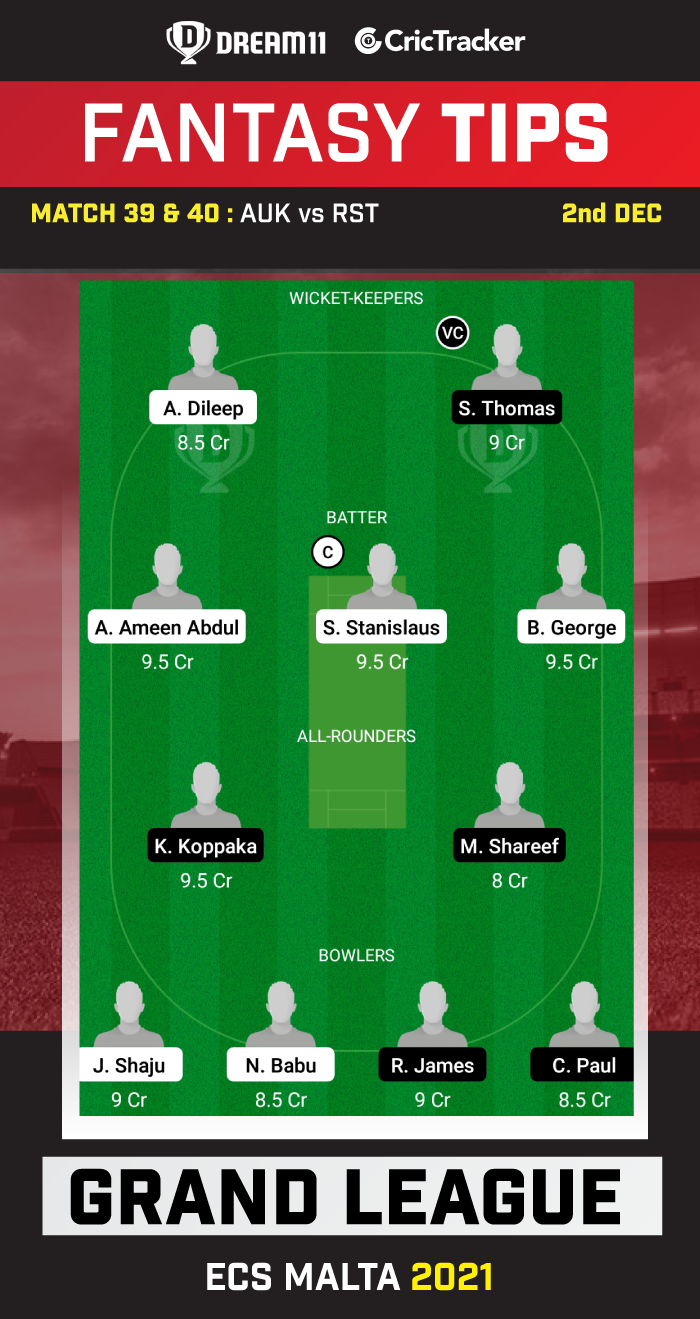 Atlas UTC Knights are expected to win both matches.