Jack Perman is a good captaincy pick for your fantasy teams.

Sporting Alfas will take on Madrid United in the fourth match of the tournament. Sporting Alfas includes some of the big names with the likes of Jack Perman and Christian Munoz-Mills who recently represented Spain in the European Cricket Championship 2021. It will be a challenge for them as they take on Madrid United, who have a great record in the ECS T10 Alicante 2020.

Madrid United created history by winning the first ECS T10 tournament last year. They are one of the favourites for this year’s tournament as well. Robiul Khan and Waqar Zafar-Mirza are the prominent players for them.

There is not much of a change in the behaviour of the surface. The batters are likely to dominate this match, whereas the bowlers need to use their skills to control the run-flow.

Spanish international Jack Perman is in excellent knick with the bat. He emerged as the second-highest run-scorer for Spain in the recently concluded European Cricket Championship. In 18 matches, he has scored 315 runs with the highest score of 46. Perman has even picked up 2 wickets as well.

Waqar Ashraf was the leading wicket-taker for Sporting Alfas in the ECS T10 Alicante 2020 with 5 wickets in 7 matches.

SPA vs MAU Must Picks for Dream11 Fantasy Cricket: 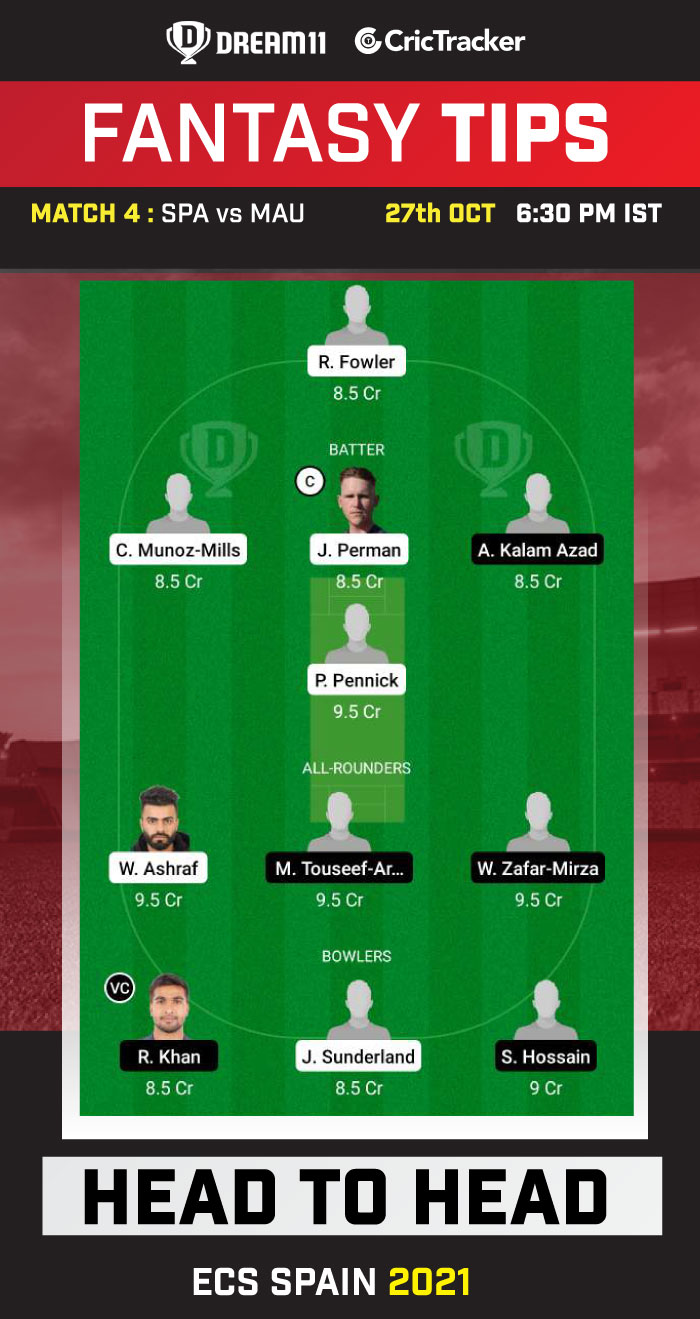 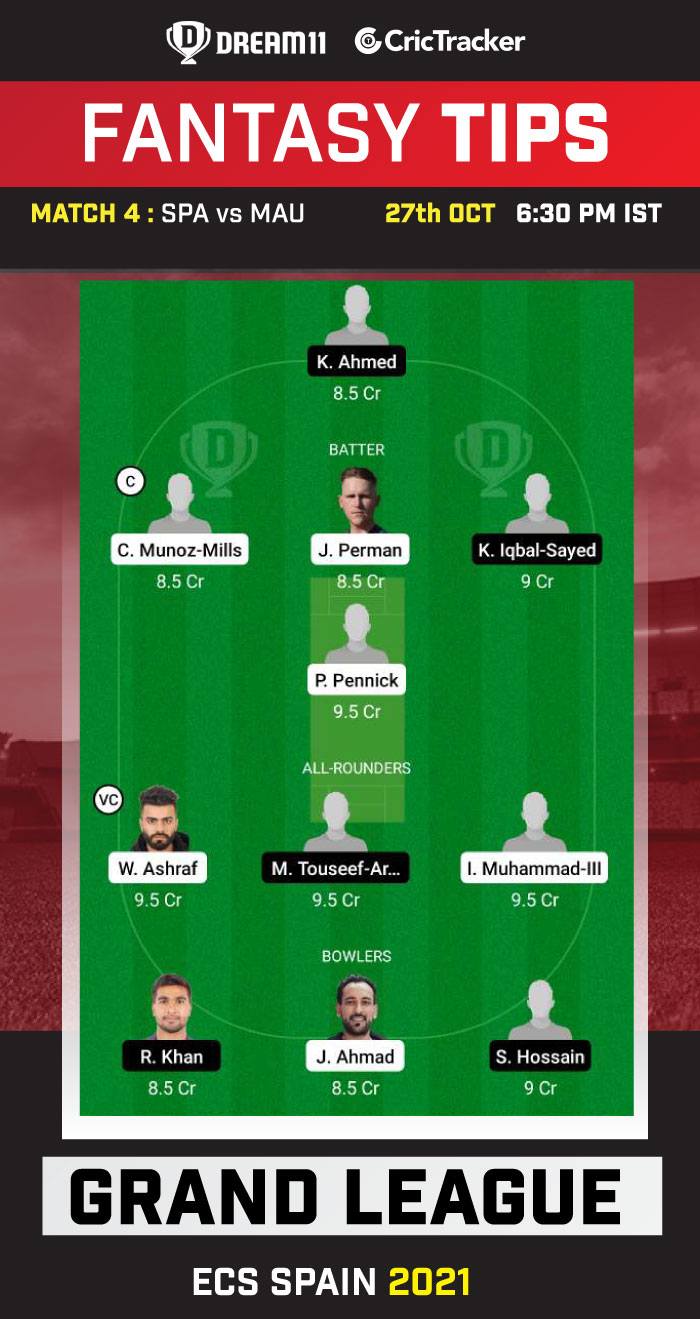 Madrid United are expected to win this match.