XI Stars are expected to win this match.

The 21st match of the ECS T10 2021 will be played between XI Stars and Catalunya Tigers on 12th February, at the Montjuic Olympic Ground in Barcelona.

This match is scheduled to start at 01:00 PM IST and will be streamed live on FanCode.

The XI-Stars have their shoulders dropped after two back-to-back losses in consecutive games against Men in Blue & Bengali. On the other hand, the Catalunya Tigers have played only one game in the tournament so far and that too ended in a loss against the mighty Bengali.

Both teams are coming from losses and will be looking to register their 1st win of the tournament. What makes this fixture more interesting is the fact that both these teams were defeated by the barest of margins in the last game.

Broken clouds are expected at the venue with the temperatures hovering around the 12 degrees mark.

It is going to be a balanced pitch this time around with the bowlers getting some help, particularly in the 2nd innings. Captains winning the toss would prefer batting first and putting pressure on the side chasing.

95 (out of the last five matches played at this venue)

Tabish Qahquos averages 27 on this ground and has played beautifully so far for the XI Stars. His 50 off just 24 deliveries nearly had them home against the Bengali team and he would like to convert his big scores to his team’s victory.

Tanveer Shah has missed out the last 2 times with the bat in the tournament so far but with the ball and in the field has compensated for his efforts. He picked up a wicket in the game against MIB and effected a run-out chance. He is a quality batter with an amazing record of 232 runs in just 10 previous games for XI stars and would be raring to cut loose in this fixture.

Umar Riaz has picked 2 wickets per game so far in the tournament and would be the pick of the bowlers for the XI Stars. If XI Stars are looking for a victory, they would be counting on him as their strike bowler.

Saqib Latif remained not out on 41 in just 22 balls, hitting 4 huge sixes and a boundary against the seemingly invincible team of Bengali. He looked unstoppable in the previous game and would like to repeat the same performance this time around.

Yasir Ali scored a quick 27 off just 9 deliveries at the top of the order and also picked an important wicket in the only game the team has played in the tournament. CAT would be expecting a strong start from their opener in this game as well. 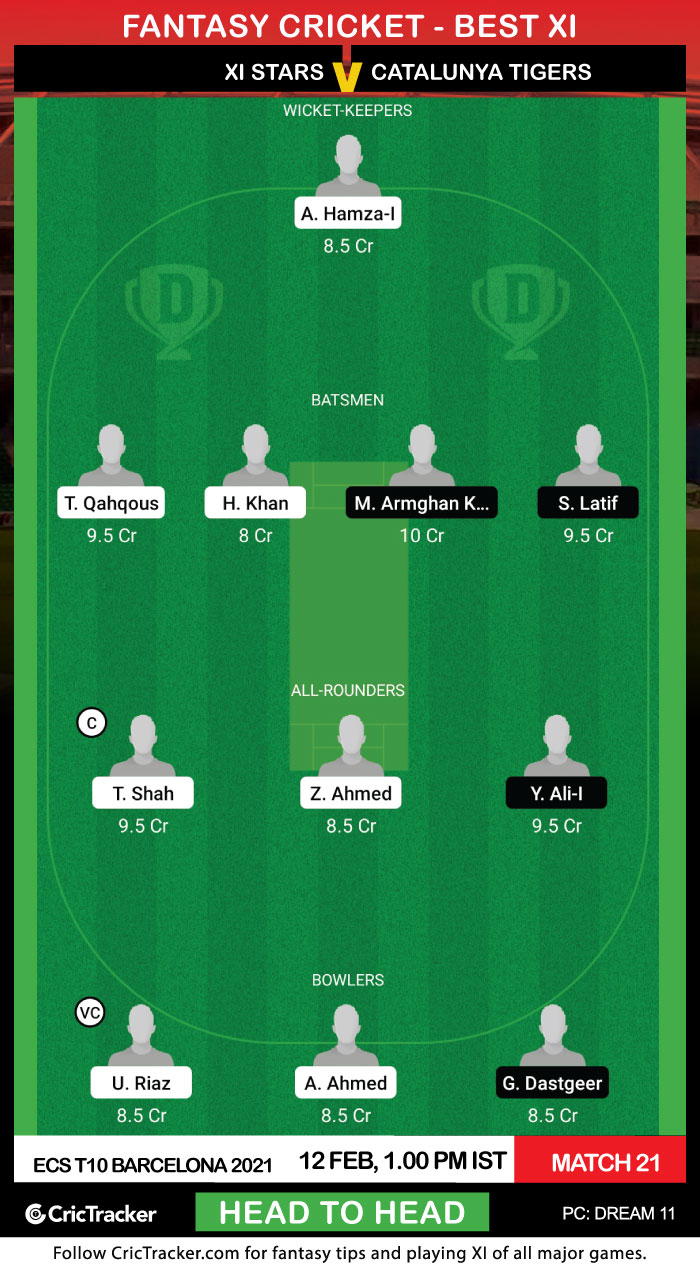 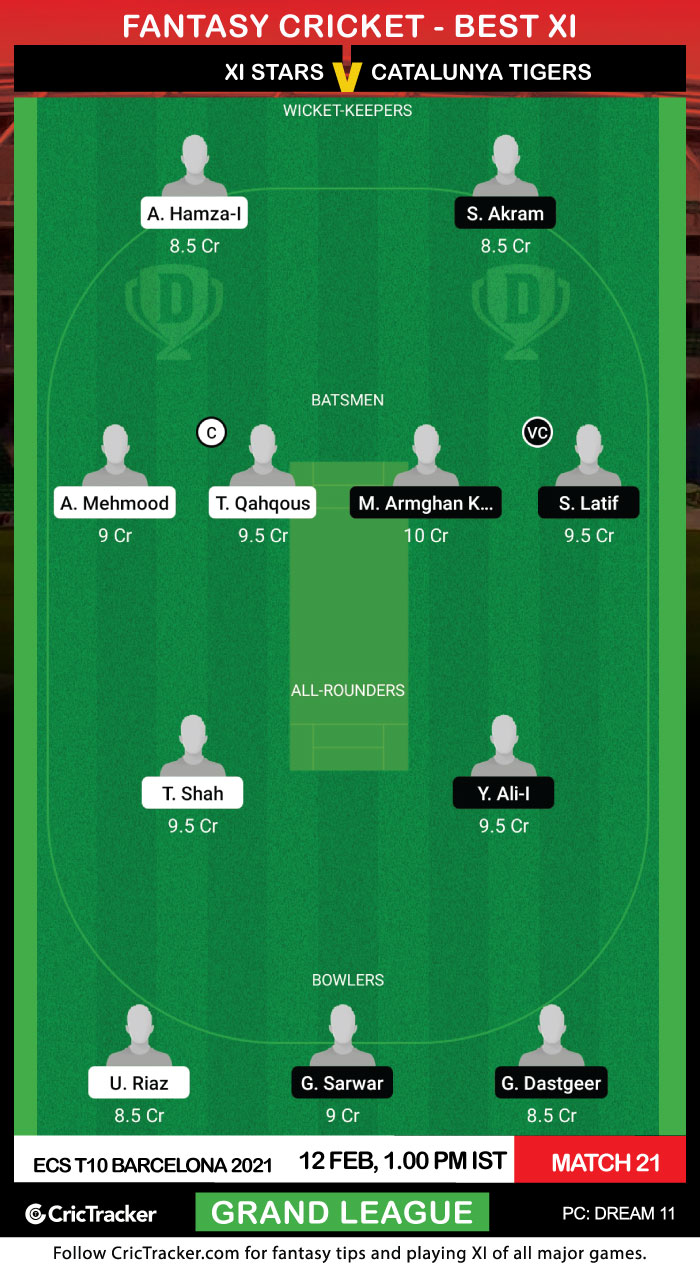 Choose more players from XI Stars since they have had a better sense of the track on which the game will be played. On the other side, CAT hasn’t had that much game time.

XI Stars are expected to win this match.