Raval Sporting are expected to win this match and continue their momentum.

The 26th match of the ECS T10 Barcelona 2021 will be played between Raval Sporting and Minhaj on 15th February, at the Montjuic Olympic Ground in Barcelona.

This match is scheduled to start at 01:00 PM IST and will be streamed live on FanCode.

However, both the teams have talented players in their line-ups, who have played in this competition in the previous editions. Both the teams would be looking to get off to a winning start in this tournament and bag some crucial points.

It is expected to remain cloudy throughout the day with the temperature hovering around 12 degrees Celsius and there are 20% chances of rain also.

The track here at the Montjuic Olympic Ground is very good for batting in the first half. However, it gets slow down as the match progresses. The team winning the toss will look to bat first at this venue.

133 (Out of last five games played at this venue)

India vs England: Umpires under scrutiny after denying Rohit Sharma’s wicket to guests over ‘no shot’ call

Jafar Iqbal was the leading run-scorer for Minhaj in the last season where he scored 176 runs at a brilliant strike-rate of close to 200. He will be a crucial asset for Minhaj in this season as well.

Sarfraz Ahmed was in brilliant form with both bat and ball in the last season. He scored 137 runs and picked up 6 wickets in 8 matches.

Muhammad Riaz is the most crucial player for Minhaj. He scored 102 runs and picked up 4 wickets in the ECS Barcelona 2020.

Gurwinder Singh was the most consistent performer for Raval Sporting in the last edition. He was the leading run-scorer for his team, as he scored 246 runs at a brilliant strike-rate of 265.

Kishitij Patel was in decent form with the bat in the last season. He scored 209 runs at a strike-rate of 176 in that season.

Gaurang Mahyavanshi was the highest wicket-taker for his team in the previous edition. He picked up 10 wickets in that season. 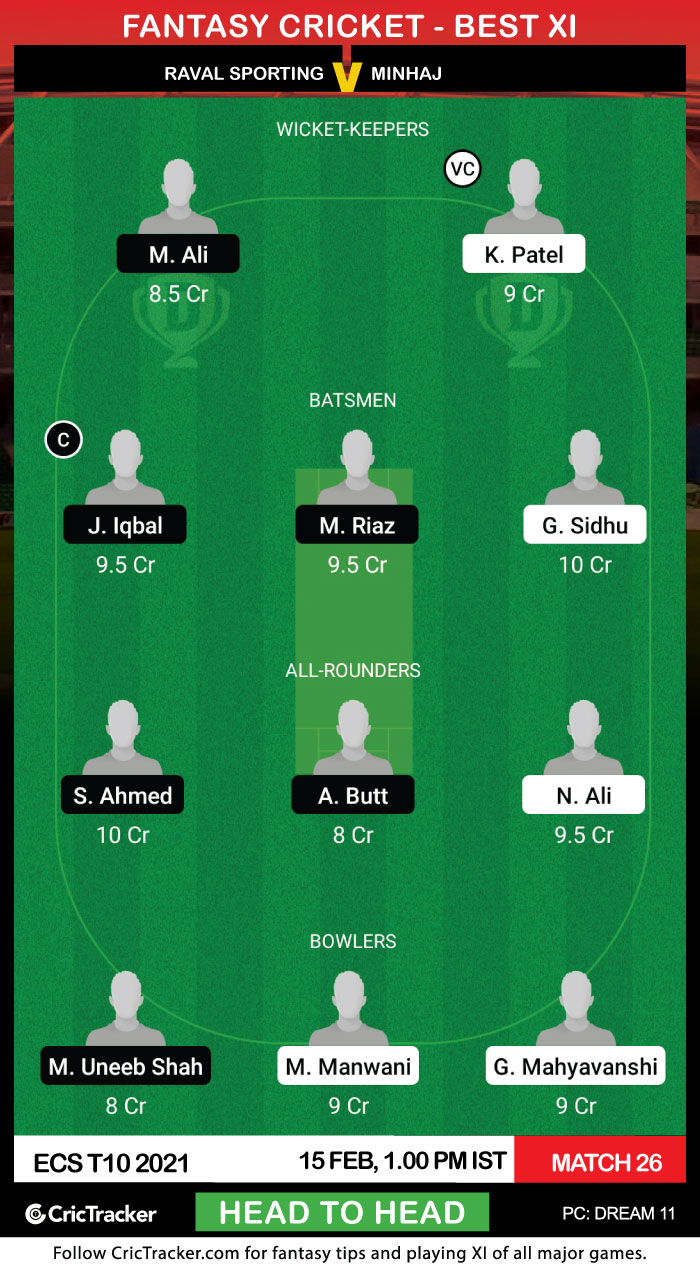 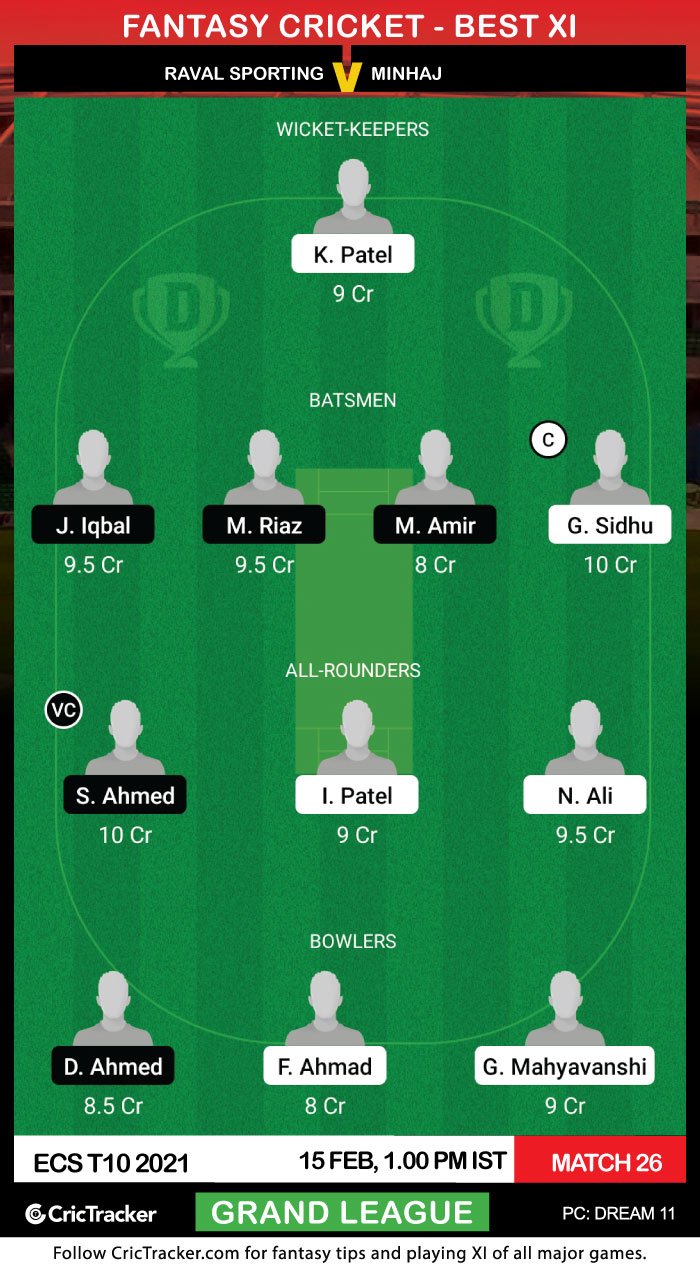 It is advisable to pick Gurwinder Singh as a multiplier in both of your Dream11 Fantasy teams as he was in brilliant form with the bat in the last season.

Raval Sporting are expected to win this match and continue their momentum.