Gorkha 11 are expected to win this match.

Gorkha 11 will take on Malo in the 3rd match of ECS T10 Portugal 2021. Both the teams were the semi-finalists in the last season of this competition. Malo got better of Gorkha 11 and won that match.

They will be playing their first match and would like to continue the winning momentum from the last season. On the other hand, Gorkha 11 have already won their first two matches of the season and they will be high on confidence. It won’t be easy to beat them this time around.

The pitch looks balanced but there is a little help for the bowlers in the second innings. In the last two matches, the team batting second got all-out for a very low score. It is expected that whoever wins the toss would opt to bat first.

Zafar Ali was brilliant for his team in the last season. He scored 104 in five innings at a strike rate of 100+ and picked up four wickets as well. He can be a good captaincy pick.

Rana Sarwar was fantastic in the last season for his team. He scored 97 runs in the last five matches and picked up five wickets as well.

Imran Khan has started the campaign decently. He has scored 32 runs in two matches with a strike rate of 188+ and has picked up a wicket as well.

MAL vs GOR Must Picks for Dream11 Fantasy Cricket: 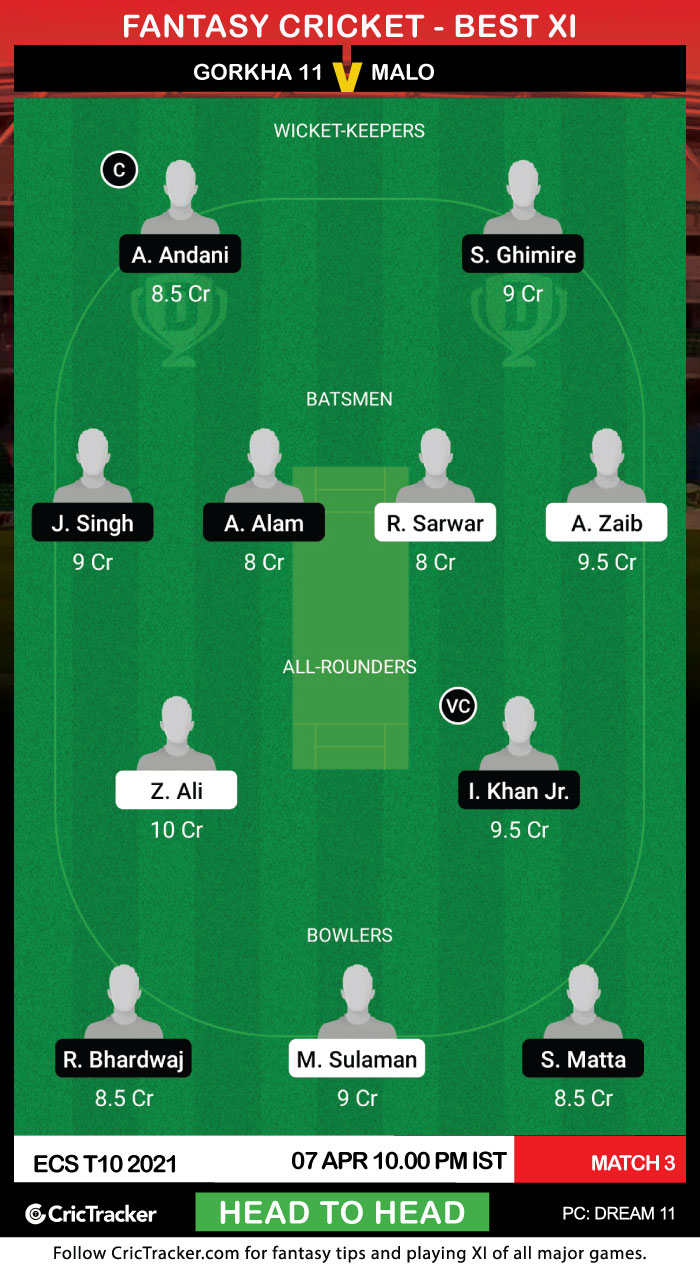 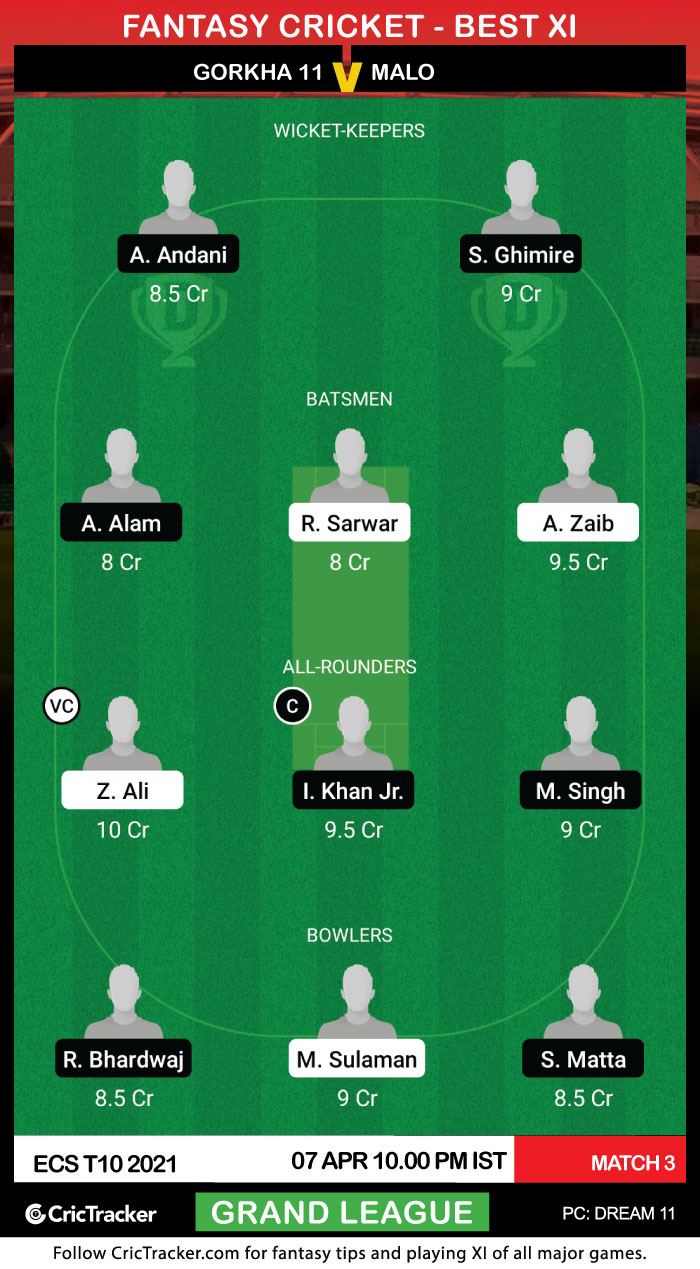 Gorkha 11 are expected to win this match.