Balwinder Singh can be a good pick for vice-captaincy.

The 43rd match of the ECS T10 2021 will be played between Falco and Black Panthers on February 18th at Montjuic Olympic Ground in Barcelona.

The match is scheduled to start at 12: 30 PM local time and 5:00 PM IST and it will be streamed live on Fancode.

In the Group D contest, Falco will square off against the Black Panthers in the 43rd match of the ECS T10 2021 on Thursday. Falco is in an excellent run of form, as they have won their first two matches with huge margins. In their first game, they defeated Punjab Warriors by 21 runs, while in their second match, they got the better of Badalona Shaheen by 34 runs. With 2 impressive wins on the trot, they have moved to the top of the table in the Group D standings with 4 points. Batting has been their biggest strength and their batsmen are dominating the bowlers from the start. They will be looking forward to extending their winning streak.

On the other hand, Black Panthers’ start to their ECS journey was not what they would have wished for. They were bundled for 55 runs and ended up losing the match by 8 wickets against the Trinitat Royal Strikers. Balwinder Singh’s spell of 2/14 was the only positive takeaway from that game. With this bad loss, they have dropped down to the bottom of the table with no points. They need to take one game at a time and design their strategies perfectly if they want to qualify for the next round.

It will be cloudy in Barcelona with the temperature ranging between 13 and 14 degrees Celsius and the humidity levels are high at 88 percent.

We have seen a huge run-fest on Wednesday and the surface is likely to continue to offer more assistance to the batsmen. The team batting first has won all the matches played on Wednesday, hence whoever wins the toss should bat first without any hesitation.

130 ( Last 5 matches of this tournament played on this venue )

Also Read – IPL 2021: Ashish Nehra predicts the most expensive pick in the auction

Adeel Sarwar was exceptional in the first game against Punjab Warriors at the top-order. He scored 58 runs in just 33 balls. Overall in 2 matches, he has scored 62 runs.

Ijaz Ahmad has performed well in both the games for Falco. In the first game against Punjab Warriors, he scored 34 runs at a strike rate of 200 and then followed it up with a decent knock of 30* runs in the second match against Badalona Shaheen.

Abid Shahzad was terrific in the last game against Badalona Shaheen. Coming at number 6, he scored a blistering 47 runs from just 17 balls. In 2 matches in this tournament, he has picked up 2 wickets as well.

Balwinder Singh was the lone decent performer for Black Panthers in the first game against Trinitat Royal Strikers. He was the top scorer for his side, scoring 9 runs with the bat. He also bowled well and picked up 2 wickets by conceding just 14 runs. 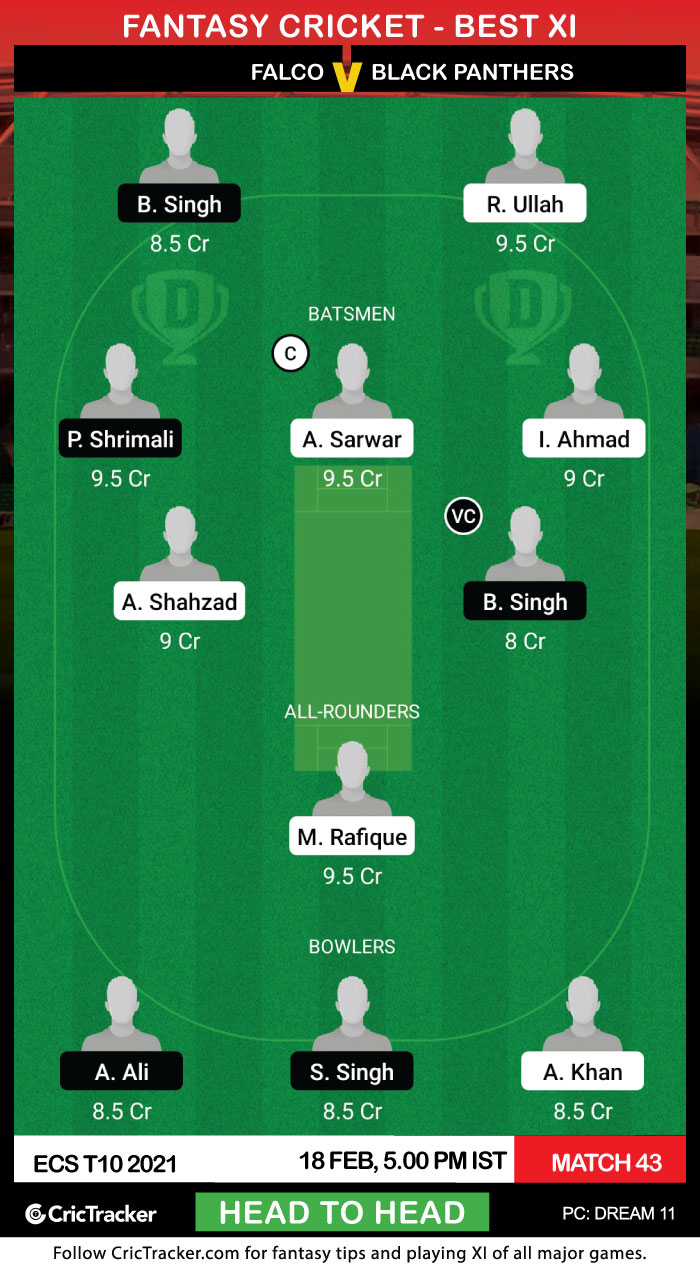 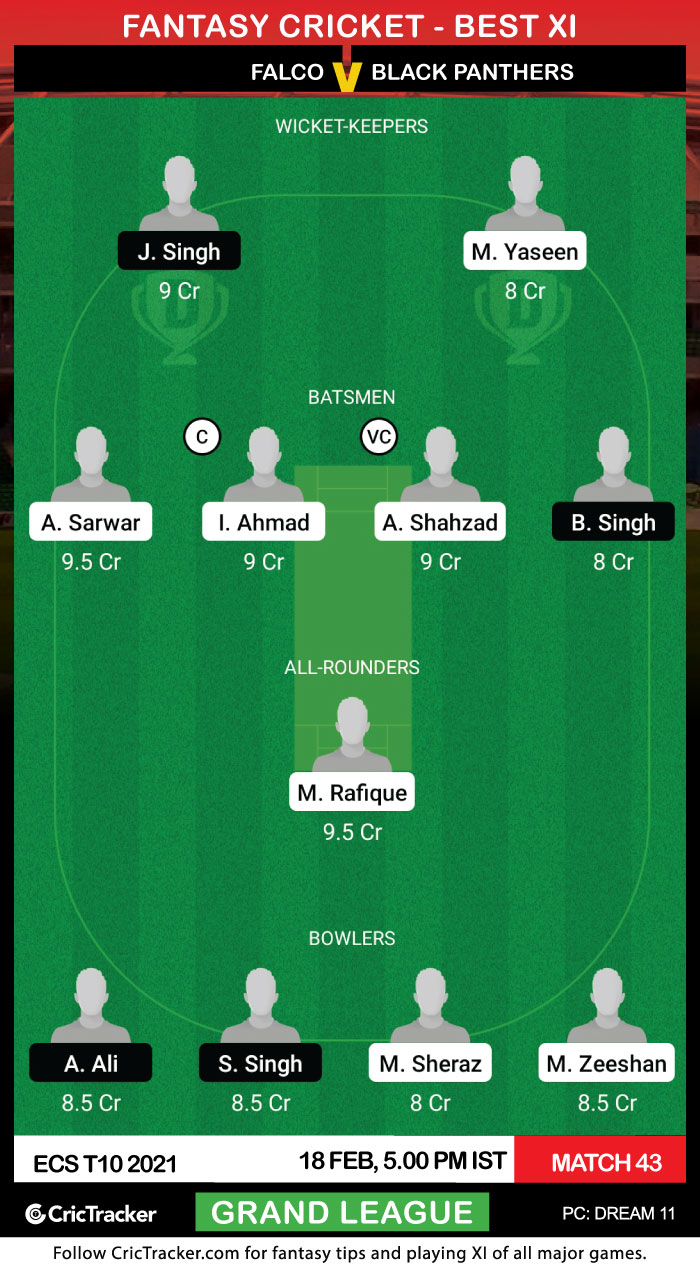 Balwinder Singh was the one and only good performer for Black Panthers in their first game. He was brilliant with the new ball and has the ability to give breakthroughs. He can be a good pick for vice-captaincy.