Malo will lock horns against Oeiras in the 5th match of ECS T10 Portugal 2021 on Thursday. Both teams will play twice against each other today. Malo played two matches so far, where they have won one match and lost another against Gorkha 11. This will be the third match for them in ECS T10 Portugal Tournament 2021.

On the other hand, Oeiras ended their league stage in 2nd position in ECS T10 Cartaxo in September 2020. They won 3 out of their 5 encounters, losing the thrilling semi-final match of that tournament by 5 runs. When these two teams last met, Malo beat Oeiras by 8 wickets in ECS T10 Cartaxo. Thus, Malo have the edge in this game and also are one of the favorites to win this tournament.

A flat batting track awaits the two sides at Estadio Municipal de Miranda do Corvo. It is a batsman’s paradise pitch. We can expect a high-scoring encounter. Both teams will look to bat first and make good use of the conditions upon winning the toss as chasing will be tough here.

Mian Shahid Mehmood, the all-rounder can turn out to be effective in both departments in this match once again. He has mustered 32 runs and picked two wickets in this tournament so far.

Najam Shahzad has been in good form and will be eyeing to create a healthy impact in this match as well. He has scored 34 runs and picked 2 wickets in this tournament.

Conrad Greenshields is a batting all-rounder who will open the innings for Oeiras and bowl his quota of two overs. He is a solid batsman who has the ability to occupy the crease for a long period of time. He has racked up 242 runs on an average of 40.33 and scalped 3 wickets in the previous edition.

Kuldeep Gholiya is batting well and looks in good touch in the previous season. The Oeiras wicket-keeper has amassed 170 runs at an average of 24.28 in 7 matches in ECS T10 Cartaxo. Thus, he will be a popular vice-captaincy choice.

MAL vs OEI Must Picks for Dream11 Fantasy Cricket: 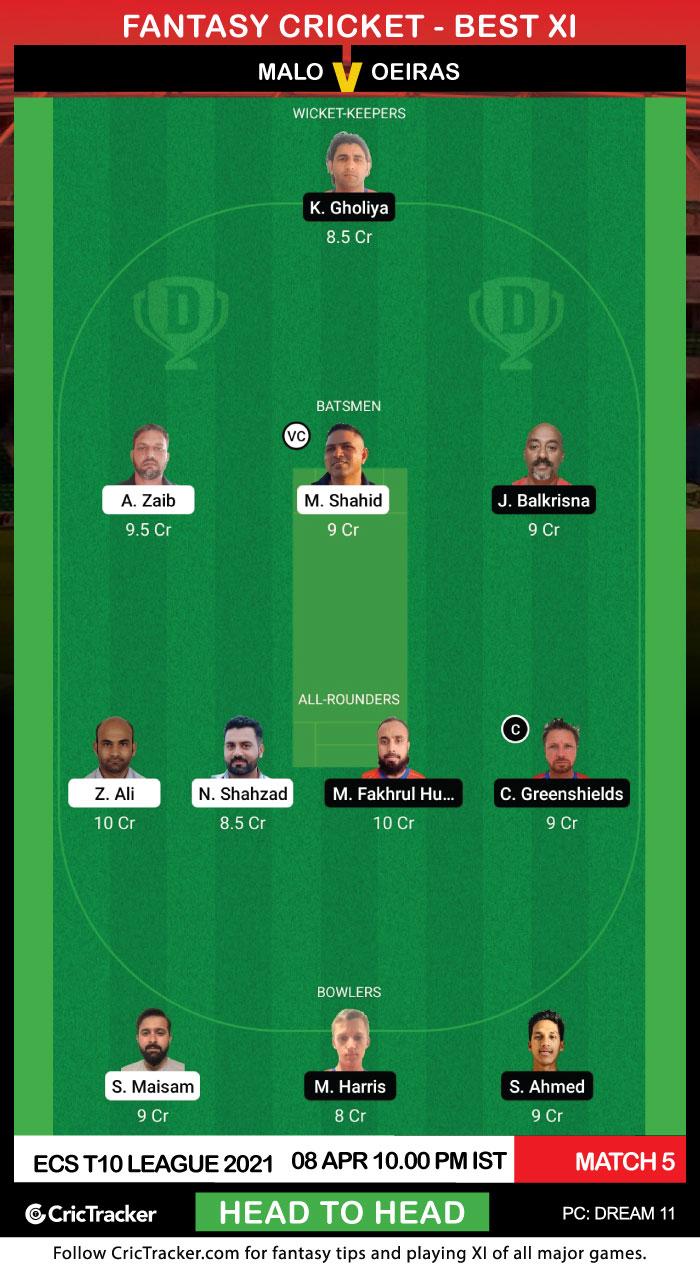 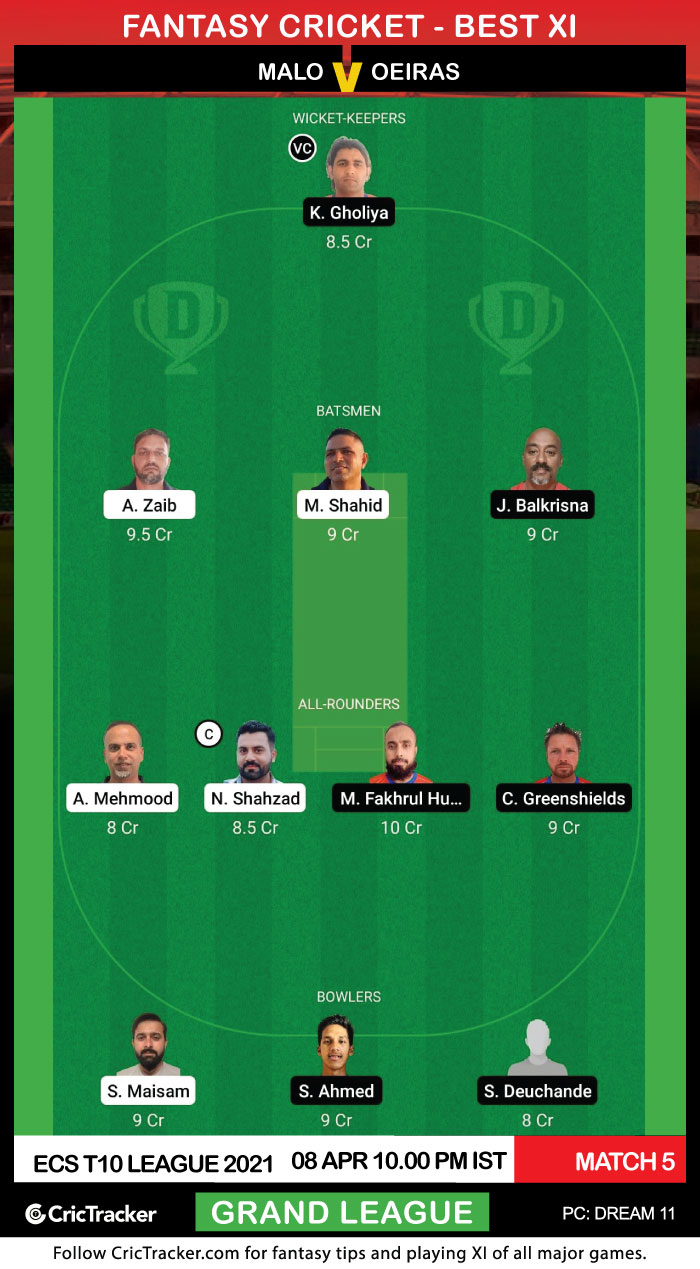