Ripoll Warriors are expected to win the match.

The 52th match of the ECS T10 2021 will be played between City Lions and Ripoll Warriors on 22nd February at Montjuic Olympic Ground in Barcelona.

City Lions and Ripoll Warriors will square off against each other in the Group B of the ECS T10 Barcelona Tournament on Monday. Both the team will look to start their day with a win. With one win and two losses, City Lions are at fourth spot in Group B with 2 points.

On the other side, With a two win and one loss, Ripoll Warriors are at third spot in the Group B with 4 points. It’s going to be an interesting battle between the two sides. Let’s see who’s going to grab the two invaluable points, as in a league like this one, each and every game is important.

It will be a rainy afternoon in Barcelona with a temperature of 14 degrees Celsius and the humidity levels are high at 84 percent. Rain can interupt the match.

It’s a batsman’s paradise and they are enjoying themselves out in the middle. The only way to restrict their run flow is by bowling disciplined line and lengths. We can expect another high-scoring thriller in this match as well. Batting first is a good option.

India vs England: Virat Kohli rushes out of the dressing room to celebrate Rishabh Pant's century

Raja Sikandar is the leading wicket-taker from side, having picked up 6 wickets in just 3 matches at an economy of 9.40 runs per over.

Prince Dhiman has scored 74 runs in 4 matches at an average of  24.66. He will play a vital role in achieving huge scores with the bat. He contributes from bowl also and has grabbed 3 Wickets.

Mohsin Ali has scored most runs for his side. He scored 99 runs in 4 matches at an average of 25 and picked up 2 wickets. He will be must pick in any Dream11 Fantasy team.

Aamir Shahzad is the leading wicket-taker from Ripoll Warriors side, having picked up 6 wickets in just 4 matches at an economy of 7.85 runs per over. He has scored 28 runs also.

Zahid Nawaz can be a decent pick for your Dream11 fantasy team since he has grabbed 4 wickets in 3 matches at an economy of 8.2 runs per over. 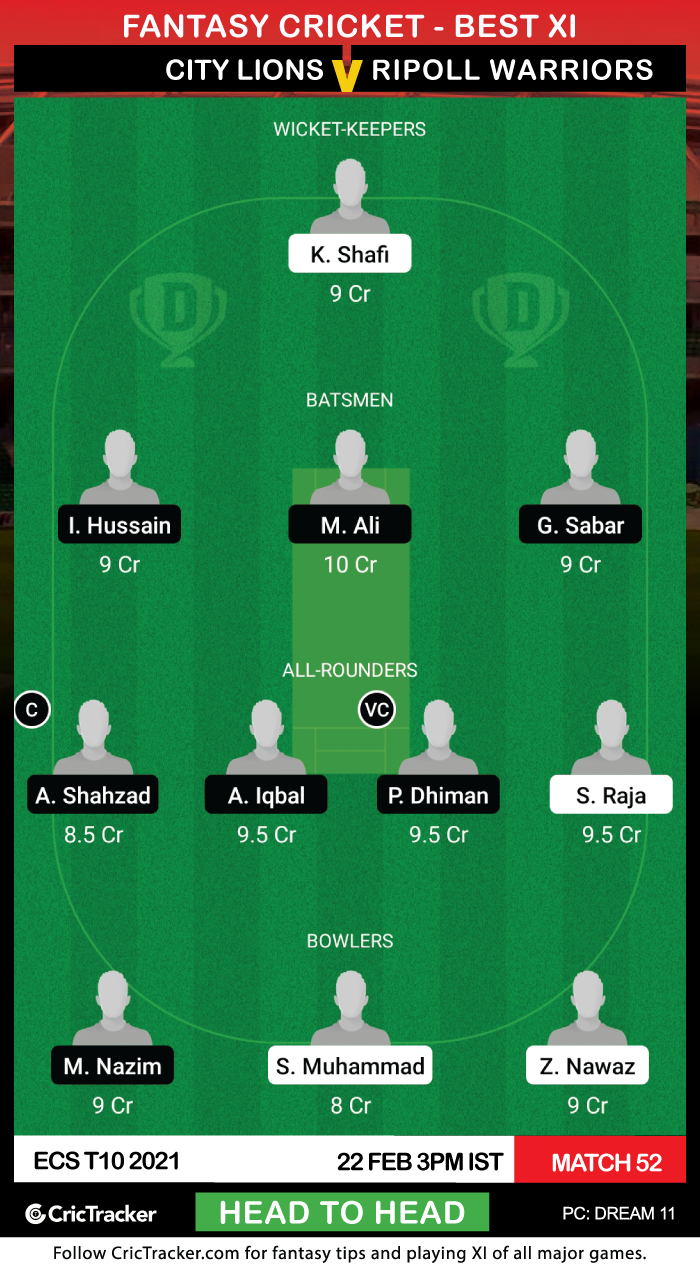 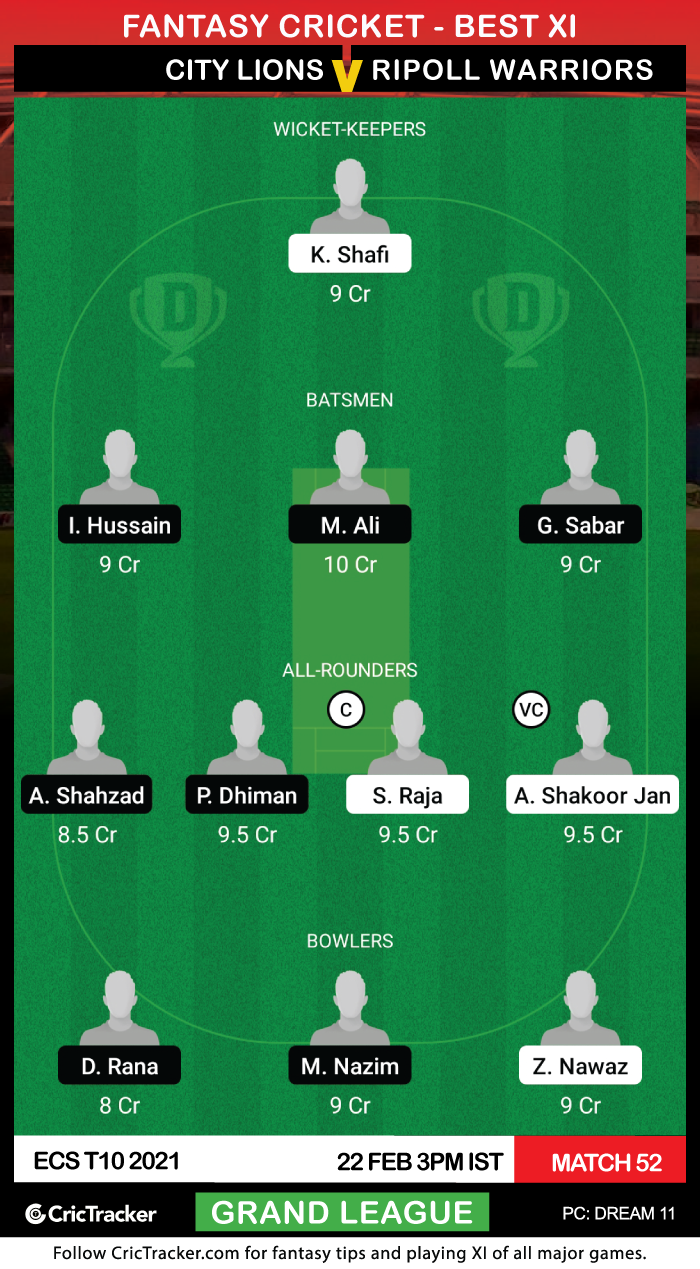 Aamir Shahzad, Raja Sikandar, Prince Dhiman and Mohsin Ali have made a huge impact for their respective sides in ECS T10 Tournament with bat and ball respectively. They must be included in your Dream11 Fantasy Teams.

Ripoll Warriors are expected to win the match.