Hira Sabadell are expected to win the match.

The 53rd match of the ECS T10 2021 will be played between Hira Sabadell and Barna Royals on 28th February at Montjuic Olympic Ground, Barcelona.

The match is scheduled to start at 11:00 PM IST and it will be streamed live on FanCode.

Royals have won 2 matches out of 8 and Sabadell have won only one match out of 7. It is impossible for both teams to reach the knockout stage. They would simply want to finish the tournament on high by winning the last few matches of the tournament.

HIS vs BAR Weather Report for Match 53:

The temperature will be hovering around 10 to 16 degrees Celcius. The match will be played in the evening in Barcelona. So dew will play a big factor in the match.

In this match, dew will play a big role. So whoever wins the toss should prefer chasing. The pitch will assist the batsmen.

Also Read – I felt I was in jail during the opening three days of quarantine: Mehidy Hasan

HIS vs BAR Top Picks for Today’s Dream11 Match:

Heera Laal is the leading run-scorer for Hira Sabadell in the tournament. He scored 147 runs with a very good strike rate of 175. He also has taken 6 wickets with an economy of 7.3 runs per over.

Ikram Ul Haq has taken more wickets than any Hira Sabadell bowler. He has picked up 7 wickets in the tournament.

Hamza Azhar is a very talented all-rounder from Barna Royals. He has scored the most runs for the Royals. Azhar is also very good with his bowling and has taken 4 wickets with a decent economy rate.

Syed Shafaat Ali, the opening batsman, has not been up to mark with his batting, but he has contributed with the ball in few matches.

Syed Gulraiz Hussain has taken 4 wickets and just given 18 runs in one of the earlier matches in the tournament after that he faded away.

Also Read – ICC should dock India’s points if pitch for next Test match is the same: Monty Panesar 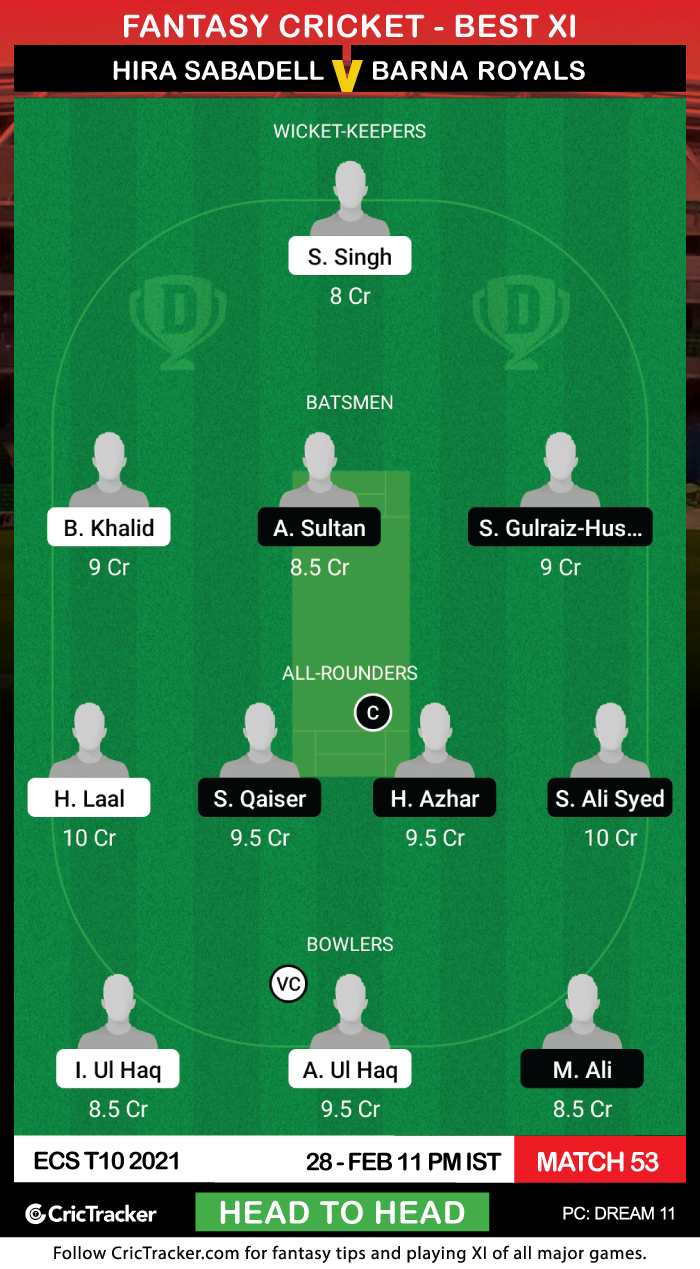 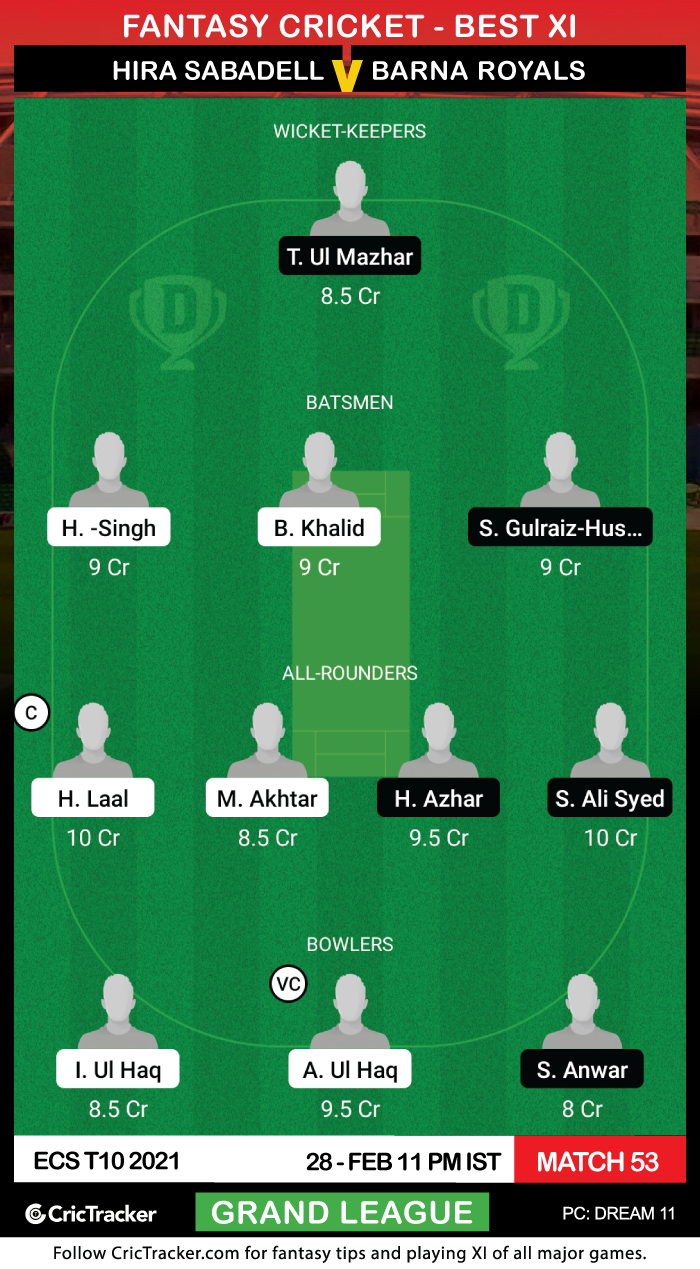 Hamza Azhar and Heera Laal have been in very good form in the tournament. If they fail in one department, they are likely to make amends by earning points in another department. They will be good picks for your Dream11 Fantasy team.

Today’s HIS vs BAR Probable Winners:

Hira Sabadell are expected to win the match.