The 57th match of the ECS T10 2021 will be played between Gracia and Bengali on 23rd February at Montjuic Olympic Ground in Barcelona.

In the Group A contest Gracia will be up against the Bengali in the 57th match of the ECS T10 2021 on Tuesday. It will be the 2nd time both the teams are racing against each other in this competition. Gracia had outplayed Bengali by 32 runs when they met last time. With 2 wins, 2 losses, and a no-result they placed themselves at the 3rd spot in the standings with 7 points. They would look to encash on their previous result against Bengali.

Bengali has registered 4 wins in 5 matches and are currently sitting at the top of the table in the Group A standings with 8 points and having a run-rate of -0.240. After 4 consecutive victories on the trot, Bengali lost their previous game against the Gracia by 32 runs. They didn’t play any matches last week and they will be back in action after a long break of 10 days. Both the teams have had plenty of rest and they look to start their 2 leg matches with a win.

It’s going to be partly cloudy in Barcelona with the temperature ranging between 13 and 15 degrees Celsius and the humidity levels are high at 86 percent. There is no chance of precipitation for this match.

The same batting display from the past 2 weeks is expected to continue on Tuesday as well. Any total is not safe to defend unless bowlers bowl well in the 2nd innings, last week’s matches are evidence of it. Batting first will be a good option on this artificial track.

Gurwinder Bajwa is the 1st centurion of the tournament. He scored his only century in the previous match against Bengali and dismissed in the end for 101 from just 34 balls. In 2 matches so far he has scored 108 runs at an average of 54 with a strike rate of 263.41.

Gracia skipper Kuldeep Lal contributed well with the bat in 4 matches scoring 108 runs at an average of 27 with a strike rate of 163.63 and even picked up 4 wickets in 4 matches. For his all-around performances, he can be a good pick for your Dream11 fantasy teams.

Trilochan Singh has picked up the most wickets for Gracia in this ongoing competition, picking up 5 wickets in 4 matches at an economy of 10.37 with the best figures of 4 for 10.

Shafiqur Rahman is at the 4th spot in the leading run-scorers list in this competition with 149 runs in 5 matches at an average of 37.25 with a strike rate of 160.21.

Mosaraf Hussain is the leading wicket-taker for Bengali with 6 wickets at an economy of 6 with the best bowling figures of 3 for 10. He is an economical bowler in this format. He can be a good pick for your fantasy teams.

Riaz Howlader is one of the prominent all-rounders in the Bengali line-up has scored 91 runs in 5 matches at a strike rate of 165.45 and even picked up 3 wickets at an economy of 11.88 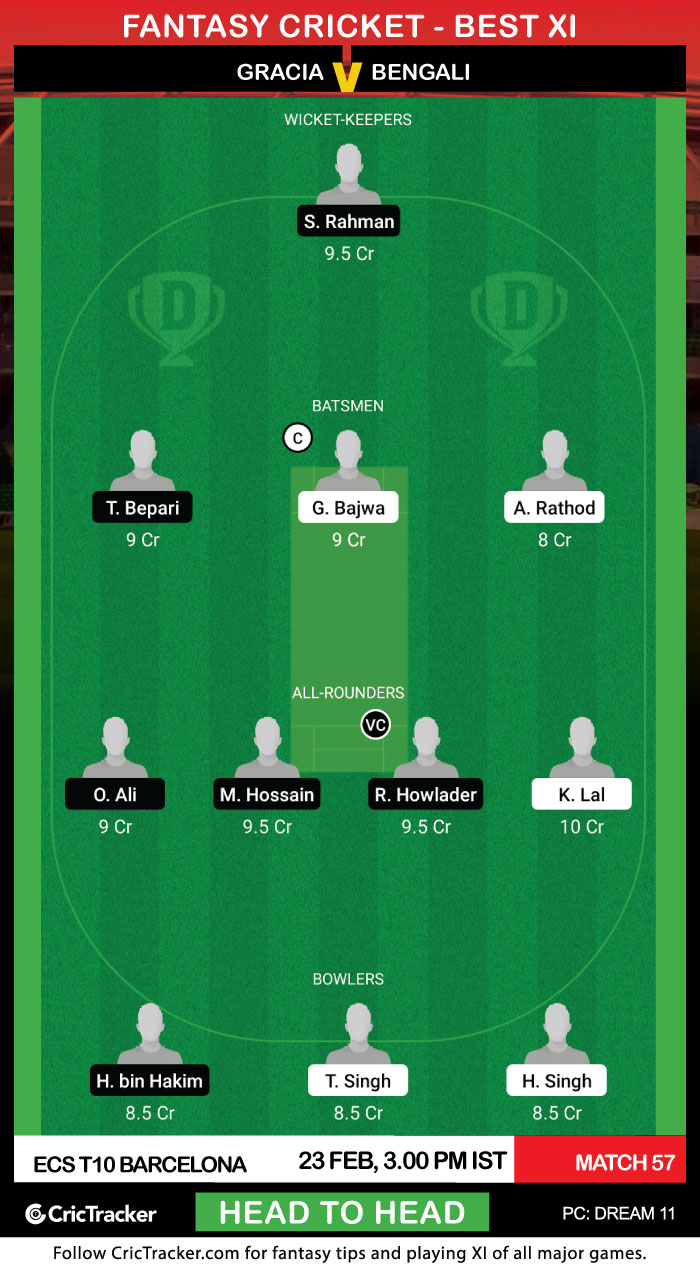 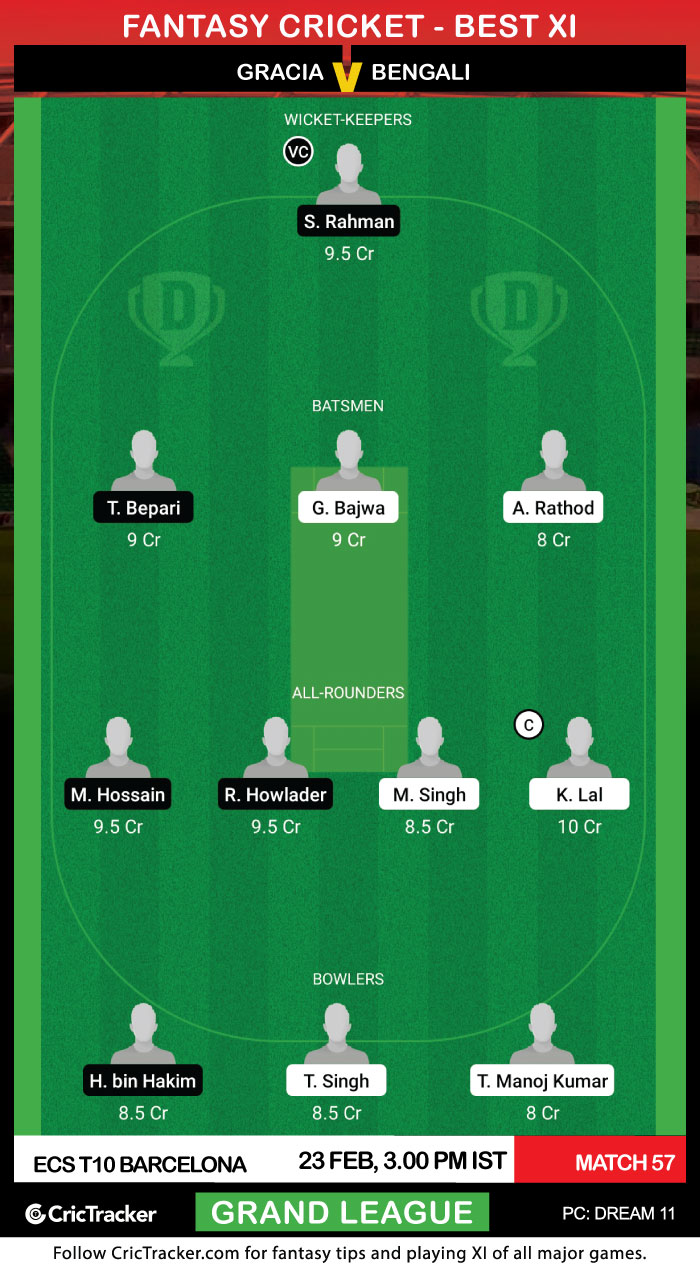 All-rounders are the main strengths for both sides and they are contributing well in all the departments. Hence consider picking a maximum of 4 all-rounders in your Dream11 fantasy teams.